Trump’s making it hard for the GOP. 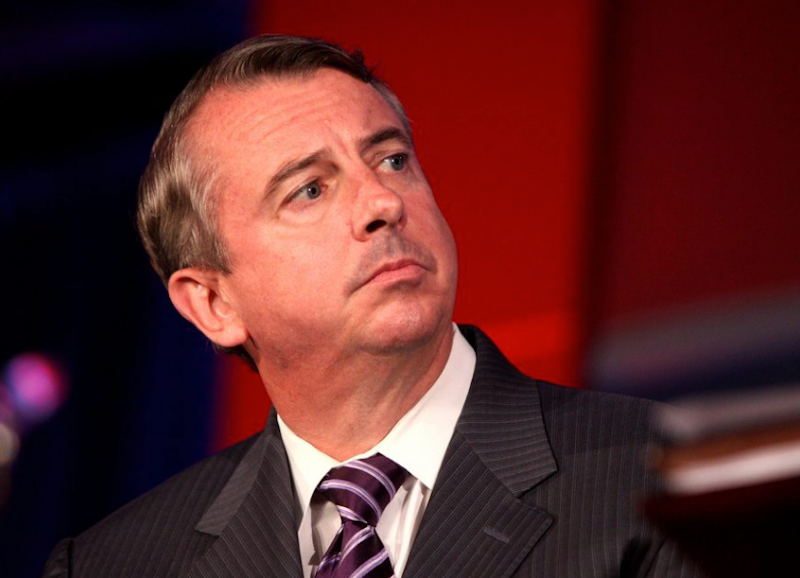 In the homestretch of the gubernatorial race here in Virginia, Republican candidate Ed Gillespie has chosen to emphasize his support for keeping the commonwealth's Confederate monuments in place, which is fairly indicative of the campaign he's run. Donald Trump has cheered on the former lobbyist and ex-RNC chairman, tweeting that he’ll preserve our “great statues/heritage.” Tellingly, Gillespie didn't even retweet this message, and didn’t respond to the Washington Post's queries regarding Trump's endorsement, which may be a net negative in a state where the president's approval rating is 33 percent. When the host of a local TV news show asked the GOP candidate if he'd be inviting Trump to join him on the campaign trail, he quickly became eager to talk about his job creation ideas.

The Richmond Times-Dispatch, which is conservative-leaning but doesn’t rubber-stamp GOP candidates, gave its nod to Gillespie, while sounding some bipartisan notes. The publication likes his small-government rhetoric and plan to lower state income taxes by 10 percent for all state residents, and offered praise for the Republican candidate’s relatively progressive stances on criminal justice reform and relaxing medical marijuana laws.

Surprising nobody, The Washington Post presented a Northern Virginia point of view, while making no attempt at bipartisanship, in its endorsement of Ralph Northam. Citing his impressive careers as an army officer and pediatrician, while praising his his “decency and good sense,” the Post pointedly rebuked Gillespie for the “gutter tactics” he employed in whipping up fear against immigrants with his campaign ads. If Gillespie's hardball tactics pay off, the Post editors caution, the GOP will be celebrating “a victory of divisiveness and the ascent of wedge politics in a state once known for comity.”

While the November 7 election is, on the surface, about local issues, it could be a bellwether of how voters across the nation are evaluating the new political alignment in Washington. Both Barack Obama and Joe Biden have made campaign appearances for Democrat Northam, who’s the state's current  Lt. Governor, while Mike Pence has shown up for Gillespie.

While here in Richmond the economy’s robust, Gillespie's focusing on the lackluster economic growth in the parts of the state where construction cranes are a rarer sight. He’s also going with the traditional Republican “tough on crime” approach, while implying that his opponent doesn't share his zeal for law enforcement. Northam, a moderate with a low-key campaigning style, has attempted to capitalize on Trump's unpopularity by alluding to the President's poor environmental record, cuts to education funding, and efforts to block access to health care.

Neither candidate is ideally equipped to succeed in a time when both parties are moving in a populist direction. Northam’s an establishment candidate who once voted for George W. Bush, while his opponent is a dreaded Beltway creature. Both candidates are seriously challenged at energizing voters outside of their own natural bases, and neither is an electrifying campaigner.

Early on, the candidates kept their gloves on, but as the tension has ramped up in the closing weeks of the contest, they’re more combative. Gillespie's consistently trailed in the polls, so he's punching a little lower than Northam, who a recent GOP campaign ad characterized as supporting the “restoration of rights for sex offenders, making it easier for these violent felons to get guns.” That's a reference to the Lt. Governor's support for current Gov. Terry McAuliffe’s successful effort to restore civil rights to felons. The ad featured a sex offender who’d served his time but then got arrested for possession of child pornography but still ended up getting his civil rights to gun ownership and voting restored. It's a minor story milked for its emotional appeal.

Gillespie also ran a strategically questionable, racially charged ad with warnings about Hispanic gangs and sanctuary cities, even though there are no such cities in the state. Northam has responded, but not blow-for-blow. He’s wisely chosen to keep the spotlight on his rival's inside-the-beltway reputation, but he has greenlit a mailer linking Gillespie to the white nationalist protesters in Charlottesville who Trump said included some “very fine people.”

In the final week of the campaign, an incendiary anti-GOP TV advertisement released by a group called the Latino Victory Fund gave Gillespie some fuel to claim he's not the only one resorting to gutter tactics. The television spot features Hispanic and Muslim children running from a man in a pickup truck with a Gillespie bumper sticker and a “Don't Tread on Me” Virginia license plate, and ends with footage of torch-bearing white nationalists in the infamous Charlottesville demonstration in August. LBJ’s notorious 1964 “picking daisies” ad against Barry Goldwater has nothing on this one when it comes to a blatant attempt to inflame emotions. Enraged Republicans are trying to pin it to the Democratic Party even though there's no evidence Northam approved the advertisement, and little indication that this is his style.

Gillespie hurt his campaign, especially in diverse Northern Virginia, with his heavy-handed attempt to link Northam to the violent MS-13 gang. Northam has been smart in not making attacks on Trump the main feature of his campaign, especially in the hinterlands. He knows that Democratic voters are already motivated to make their anti-Trump statement at the polls. A loss here in Virginia, where Hillary Clinton defeated Trump, would be a blow to the GOP, but it would be more spiritually crushing to the Democrats, who currently have the governor's office and both Senate seats in a state known for electing candidates from the party not in control of the executive branch of the federal government. It's still a contest because Northam isn't a riveting candidate. If he loses, the Bernie Sanders wing of the party will be out for blood against the “out of touch” Clinton faction.

I'd have preferred to see the Democratic candidate I voted for in the primary, Tom Perriello, go against Gillespie. I also voted for him when he successfully ran for a House seat in 2008 when I lived in Charlottesville, but he unexpectedly entered the race late and was challenging an anointed candidate in a state that likes its statewide candidates moderate. Perriello had more of a Sanders-style populist approach, and was a much more energetic and engaging campaigner. Had he entered the race earlier he may have won the primary, and I think he would’ve matched up well against Gillespie. But I’ll have to go with the more anodyne alternative now, because a vote for Ralph Northam is also a rebuke of Donald Trump, no matter how much Ed Gillespie has tried to separate himself from his unwanted fan in the White House.