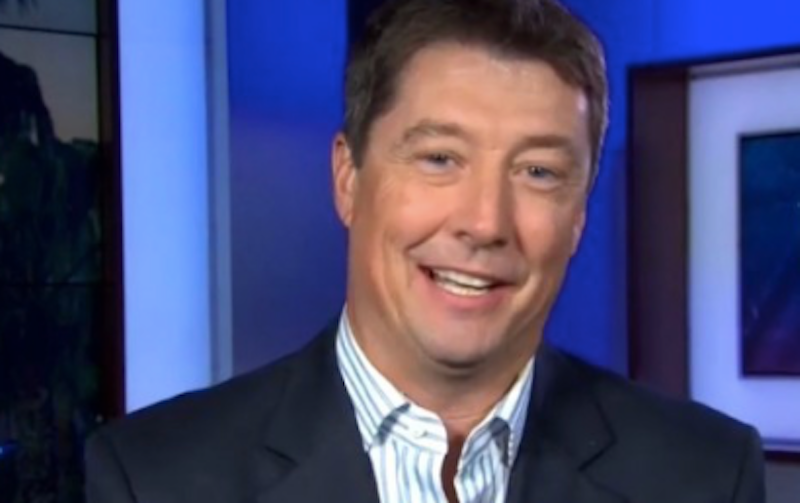 The Bulwark, the #NeverTrump media outlet with Bill Kristol on its masthead, caused a stir with the announcement of its new columnist, conservative talk-radio personality and Mediaite writer John Ziegler. Ziegler, who’s defended Matt Lauer, former Penn State football coach Joe Paterno, and his assistant coach Jerry Sandusky (now imprisoned on child rape charges) is being called every expletive imaginable on Twitter. New York’s Yashar Ali called him a "terrible, terrible human being." Luke Thompson, political strategist and National Review contributor, tweeted that The Bulwark's new contributor "makes his living apologizing for sexual predators," and called him "executable waste," which, as he later explained to me, was what his autocorrect produced when he tried to type "execrable." They're also calling Ziegler a Holocaust denier.

Yashar Ali had more choice words on Twitter when Ziegler challenged him: "I didn't need to rebut shit you fucking piece of shit. You said a guy couldn't be trusted because he took his own life. I'd say shame on you but you have no shame." That's in reference to the late author David Foster Wallace (suicide in 2008), who wrote a profile of Ziegler for The Atlantic in 2005 when Ziegler was a conservative L.A. talk-radio host. Zeigler took exception to that story with this tweet: "LMAO the dude selfishly and cowardly chose to kill himself despite having a family. I’m sorry, but in the rational world that is a legitimate fact to consider when evaluating that article he did on me. More important were all the blatant inaccuracies in the first paragraph."

Ziegler, who claims he's spent 50 hours with Matt Lauer, says the disgraced NBC TV host has made mistakes, "but those mistakes did not include… any sort of sexual assault, sexual abuse, sexual harassment, or anything that was in the non-consensual category.” One of the accusers, Brooke Nevils, has alleged that Lauer raped her in a hotel room at the Sochi Olympics. Nevils is engaged to be married to Luke Thompson. Ziegler tweeted to Thompson that he has information to share with him—information that "I would like to know if I was in your situation. Happy to talk!" The information is, as he explained in a tweet to someone else, that Nevils told a false story about Lauer to journalist Ronan Farrow.

Ziegler has an entire website, framingpaterno.com, dedicated to debunking the Jerry Sandusky scandal, which he believes the sensationalizing media created a false narrative around. He told Glenn Beck, after meeting with Sandusky, who he calls a “chaste pedophile,” for six hours in prison, that the former coach was "innocent, and it's not even close."

Ziegler's not alone in his contrarianism. Malcolm Gladwell, in his book, Talking To Strangers, expressed doubt about Sandusky's guilt. Mark Pendergrast, author of Victims of Memory," has also written The Most Hated Man in America, a book that suggests Sandusky was the victim of a moral panic triggered by the media, police overreach, and memory-warping psychotherapy. Social psychologist and public intellectual Carol Tavris reviewed Gladwell's book and scolded him for not stating outright that Sandusky was innocent. Frederick Crews, professor emeritus at the University of California, Berkeley, who’s written extensively about recovered memory therapy and its contribution to false charges of child molestation, has also upbraided Gladwell for the same reason.

As for the Holocaust denial charges against Ziegler, they stem from a six-year-old tweet in which he questioned the veracity of that figure because it was rounded to the nearest million back in 1939. Recent Twitter activity by Ziegler indicates he believes that the figure is lower, but he hasn't named a figure.

The charge that Ziegler's a Holocaust denier doesn't hold up. He's a provocateur questioning an estimate. But Ziegler’s wrong to bring David Foster Wallace’s suicide into the other argument. He’s obviously still stung by DFW calling him an entertainer and not a journalist, but that's a petty response. He said that Wallace killed himself because he was afraid of being revealed as a fraud, which is self-serving and ludicrous.

On Sandusky, Ziegler does have some respectable people on his side. And we'll have to wait until more information comes out about the alleged rape in Sochi, but Ziegler shouldn’t have blocked Luke Thompson on Twitter, even if Thompson did tell him to “eat shit and die.” Blocking in this situation is inappropriate behavior from a journalist, especially one who's attacking a man's fiancé. It's also inappropriate for him to tell Thompson he has information that he “should” know, as he's marrying Brooke Nevils. It's unethical to interfere in Thompson's personal life, and in a taunting manner, just because Ziegler’s upset that Thompson was nasty to him. You take that blow on the chin and move on, because Thompson has a right to see what you're tweeting about him and his future wife.

Having studied Ziegler, I don't believe he's a liar. He's the kind of guy who gets obsessed with contrarian stories and loses sleep over them. He's often, however, his worst enemy. His bad behavior—even the Paterno family has distanced itself from him—makes it even more difficult for him to sell the hard-sell stories he loves to tell.