The Case Against Elizabeth Warren

Nominating her against Trump would be suicide for a number of reasons, but mostly for very unfortunate sexist realities. 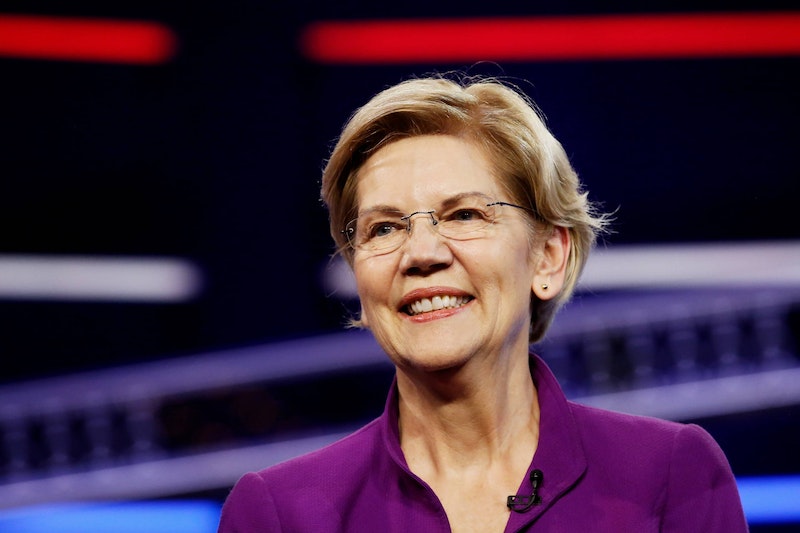 I don’t want Donald Trump to be president. The reasons are infinite: no one this stupid, ignorant, reckless, hateful, undisciplined, and childish should be the most powerful person in the world. Trump’s impeachment trial will die in the Senate, and what he did with Zelensky doesn’t come close to his worst crimes: separating immigrant families, imprisoning kids in cages, allowing illegally held prisoners to die of neglect, and the indiscriminate bombings that were all dwarfed by the murder of Iranian General Qassem Soleimani last week. The illegal, unprovoked assassination of an official in a sovereign country that hasn’t attacked us: there isn’t even a pretext this time, there is no 9/11 to justify or encourage the American public to support a war that will kill hundreds of thousands in the Middle East, and enrich the people in charge at Raytheon and Lockheed Martin. There’s one priority in the 2020 election: defeat Trump by any means necessary. Permanent war has to end.

The competition should be stiffer. But the DNC is a joke, still in denial about Hillary Clinton’s role in her own historic loss to Trump, still confident in the delusional belief that they have to cater to imaginary centrist Reagan Democrats that don’t exist anymore. I agree with David Leonhardt that most Americans are for the most part economically liberal and socially conservative. One more aggregate poll: Bernie Sanders and Joe Biden sit comfortably above everyone else, both with rock-solid floors of support. They have the best chance of beating Trump in November because they know how to deal with his Borscht Belt-via-WrestleMania “modern day presidential” style. Picture Trump at the first debate, debuting “Bananas Bernie” or reviving “Sleepy Joe”—will they be flummoxed? No.

Elizabeth Warren doesn’t do well under pressure. Her instincts are terrible: she was criticized for hemming-and-hawing on the assassination of Soleimani, stressing that he was a “bad guy,” before condemning Trump’s reckless attack. Because endless war and imperialism should be conducted politely and with the right diction. I can’t believe democrats are still afraid to condemn the military. Warren’s campaign tactics are off, too—selfies and livestreams remind me of Clinton/Kaine. It’s not real, no one likes it except people that personally identify with Elizabeth Warren. I like her, I think she genuinely believes in her tentpole positions: reforming financial corruption and consolidation, fixing our healthcare system, and all of the socially liberal and intersectional policies most Democrats take for granted as necessary. I do. I don’t think she’s a cipher like Pete Buttigieg, or a craven careerist like Hillary Clinton. I think she’d make a great president. I just don’t think she can win.

Warren won’t beat Trump for very real sexist realities: superficially, Warren and Clinton are practically the same person. Trump wouldn’t even have to try: he could just throw a Tomahawk on Warren’s campaign posters, use Hillary oppo, and call it in August. If Warren had shown any ability to survive “modern day presidential” politics, I wouldn’t be writing this. I also wouldn’t be writing this if Trump hadn’t assassinated an Iranian military official. Warren took the bait on his “DNA test” challenge, and if that wasn’t a rush of blood to the head for her supporters, what could be? To many, she comes off as stiff, impatient, and hectoring: this is institutional sexism. But to deny that the glass ceiling exists, and to pretend that Warren has political akimbo that Clinton didn’t, is insane. Nominating Warren is suicide.

Trump can repeat the Hillary playbook. She lied about her ethnicity on her law school application, she used to be a Republican, she spoke at the Federalist Society, but really only that first one is fatal. Trump can play both sides against the middle, able to condemn Warren’s specific hypocrisy regarding identity politics and the Democratic Party’s moral vacuity. Warren may have more earnest, benevolent beliefs than Clinton, but she’s willing to modify and compromise on those positions when challenged mildly. Consider her reaction to Amy Goodman of Democracy Now, who asked Warren if she thought the order of the first primary states should be varied to prevent two majority white states from having an outsized effect on the nomination. Warren cut Goodman off, indignant: “Are you really asking me to criticize Iowa? Thank you, thank you.” She walked off and tossed a sarcastic aside to Goodman as she left the stage.

Or yesterday on The View, when she wilted under questioning from… Meghan McCain. McCain is a pretty good representative of the modern Trump Republican: aggressive, unhappy, and unrelenting. It’s a fluke that she doesn’t like him—if Trump hadn’t repeatedly insulted her father (John, not sure if you knew), she’d be wearing a MAGA hat on ABC. Say what you will about her (there’s plenty), she’s stubborn and often immovable. Warren’s a paper airplane in comparison: she gives in and admits that “of course” Soleimani was a “terrorist,” a naive reduction that keeps us in comic book land. As CNBC said, “America just took out the world’s no. 1 bad guy.” I’m sick of living in a world run by an imperialist government that insists on keeping the world in a perpetual post-9/11 state. I don’t want to live as if it’s September 12, 2001 any longer. This absolutely has to end, and the only thing we can do as civilians is elect an anti-war candidate that won’t quiver before the military.

I’m not excited about supporting a 78-year-old man who had a heart attack just a couple of months ago. I’m not excited by a 76-year-old man who frequently has “senior moments” and serves a surplus of word salad every day (“no malarkey” is a bitterly ironic campaign slogan). They will both be smeared: Biden for his own dealings in Ukraine and an overall awful record, Sanders for being a socialist and anti-American. Warren insists she has “a plan for everything,” yet is eager to modify those plans not even to fit the political weather, but the moment she’s being challenged. To say you’re for universal healthcare, then say you’ll propose a bill after the midterms shows how hapless she is. Nominating Warren would be a catastrophe for all the terrible reasons you can imagine, and if you don’t want Donald Trump to win re-election, this is not the year to make a principled stance with a losing candidate.