Having class will get you nowhere as a president. 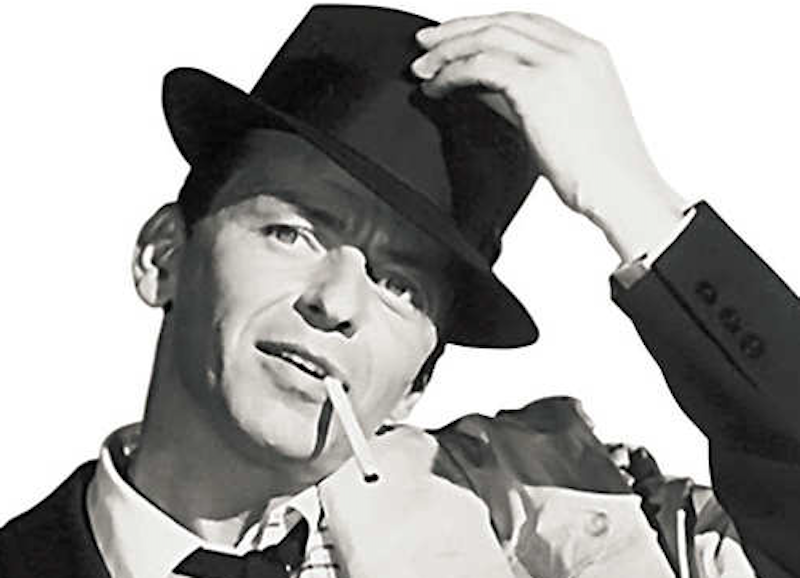 Donald Trump likes his steaks well done, with ketchup. Steaks, after all, are just burgers before they get ground up, and ketchup works fine with another of his favorite dishes—Big Macs—which he reportedly orders in pairs. Eating at McDonald’s isn't classy—nothing Trump does is. Sartorially, he's not even up to Men's Wearhouse standards, even though bespoke suits are within his budget. And as a person, the President doesn’t conduct himself with class. In fact, he often appears to be a parody of a person with no class.

While a certain percentage of Trump's devotees insist that their man does have class, it's probably just because he has money. But money has nothing to do with being classy, as his more worldly admirers understand. It does, however, help to have a bit of scratch to project class. At the very least, enough cash to afford a nice haircut and some good clothes that fit well. And don't forget to shine your shoes.

The word “class” often comes up in reference to Trump, but there’s some confusion over its meaning. If, for example, Trump liked his steaks cooked medium rare, or rare, and dressed as well as Barack Obama, that wouldn’t mean he has class. But if you take studied good taste too far, then you can become a snob, and that's not classy. Trump's on the other end of the “no-class” spectrum—the gauche end. "Donnie from Queens" tries to give a good appearance to show that he's one of the "elites" he's obsessed with, but ends up with an apartment resembling the living quarters of Saddam Hussein that he perceives to be the height of class. Class puts taste ahead of money, which is anathema to Trump, because he can't purchase it.

It's ironic that we get the least classy president we've ever had right after one of the classiest, which is certainly the source of much of Trump's envy of Obama. Going back in time to identify the presidents with class, the first one you’ll come to is George Herbert Walker Bush, who left a nice letter for Bill Clinton (not classy) when he left the Oval Office—pure class. Next, John F. Kennedy, with his effortless cool and elegant First Lady. Those two presidents had the patrician variety of class, unlike Obama, but their privileged upbringing didn’t guarantee they'd have it, as evidenced by George W. Bush and Teddy Kennedy. Imagine poor, sweaty Dick Nixon, who could never summon up even an ounce of class or elegance to enhance his work ethic and intelligence when the occasion called for it, trying to debate the suave JFK in the newly important medium of television. It was like Maxwell Smart versus James Bond on that stage.

Trump’s also a child of great wealth, but not the aristocratic kind. His father was never called classy. In contrast, JFK's character-challenged father, Joseph, clawed his way up the social ladder with his charm and tenacity, flaunting his affairs right in front of his wife Rose, which showed a lack of class. At least his son John tried to hide his many dalliances, which even Trump has done in the past.

While it's easy to conflate being cool with being classy, the latter is more demanding because it includes the added element of good character. Jazz musician Miles Davis is a perfect example. Nobody was cooler than Miles, both on and off the stage, but he wasn’t classy. The genius trumpeter beat his women, a sure disqualifier. Trump’s neither cool nor classy. His naked desire for power means he can be neither. In this regard, Trump resembles the founder of Fox News, the late Roger Ailes. Being classy doesn't mean being the loudest person in the room, like Ailes and Trump. It means being able to submerge your ego in certain circumstances, an impossibility for both of them. Class, on the other hand, requires subtlety.

Obama, often described as elegant, had class, which is related to elegance. He'd never think of mocking someone's handicap, as Trump did, to make himself feel better or to entertain people. Classy people don't lash out at every person who slights them, because they're above that. Their more elegant response is to say nothing. Having class, to a great extent, means resisting your base instincts and not behaving as if you're in the schoolyard. It's about being an adult, which in many ways Trump has never become. Having class would be unsatisfying for him because it wouldn't yield the conflict that he requires, perhaps because it keeps him away from his worst nightmare—being alone with his own thoughts.

Frank Sinatra is somewhere between Miles Davis and Barack Obama on the “cool-to-classy” continuum. The singer was cool, but he was classier than Davis in both his style and behavior. While the jazz great’s taste in clothes and cars was gaudy, Sinatra's taste was elegant in an understated manner—it was all in the details. Still, the crooner from Hoboken had character flaws that sometimes impinged upon his class. He liked hanging out with gangsters, and he could be a mean drunk. But you can't forget about his generosity both to individuals and to charity, and the fact that he was one of the first major celebrities to champion civil rights for black people. Sinatra had class, except for the times when his worst instincts got the better of him.

Many bemoan Trump's lack of class, but they'd accept it if he were giving them a better health care plan or talked more about the gender wage gap. Having class and little more will get you nowhere as a president, however. It's what people in New Orleans call a "lagniappe"—a bonus or an extra gift. If you like what your person in the Oval Office is doing, or you enjoy someone's work on the musical stage or the silver screen, then it's nice to know that they're people with fine taste and an upstanding character, just like you.