America's Children: Our Treasure, Our Target

You can't raise kids in a dictatorship and expect them to take up a place as citizens of a democracy. 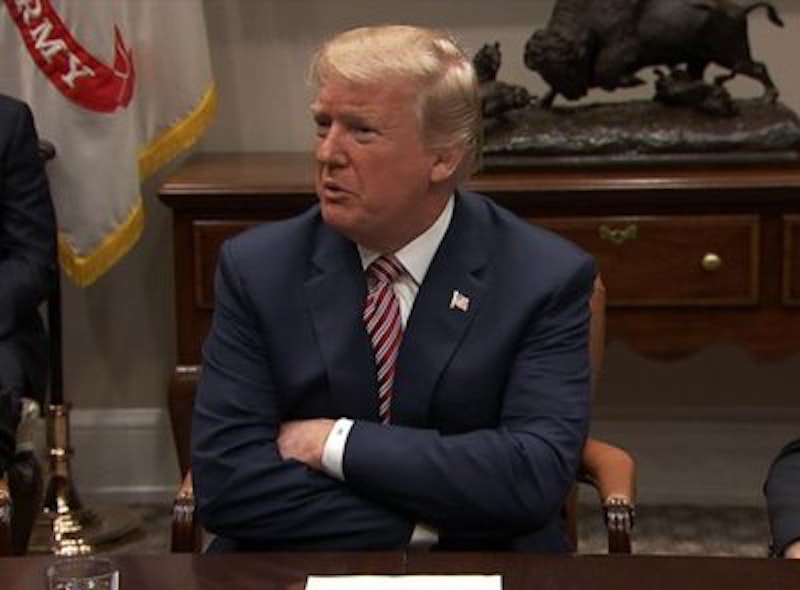 There's been much talk, from Donald Trump and the NRA on down, of "hardening the target." After the Parkland shooting, people were apparently shocked to find that not all schools have metal detectors. There has been talk (again) of bulletproof glass, expanding perimeters, and much tighter surveillance on everyone, both inside schools and on social media. Obviously, many people are contemplating more armed guards, or arming the staff, or even the idea of each school's faculty developing a sort of paramilitary wing.

"Out of your teaching population you have 10 percent, 20 percent, very gun adept people," Trump told CPAC last Friday. "Military people, law enforcement people, they teach… These teachers love their students. And these teachers are talented with weaponry and with guns… So this crazy man, who walked in, wouldn’t even know who it is that has it. That’s good. That’s not bad. That’s good. And the teacher would have shot the hell out of him before he knew what happened." I remind you that Eric Prince, the founder of Blackwater Mercenary Services, is the secretary of education's brother; now that the siege of Mosul is over, perhaps he can help secure your kids' middle school. He can definitely get the contracts.

Some of these proposals seem excessive, shall we say, but school security measures have become more extreme everywhere since Columbine, and though people might disagree about some details or strategies, everyone seems to agree that we need more security. The overwhelming, apparently unintended effect, however, is to make American schools explicitly into internment facilities or classical Eastern Bloc dictatorships.

"Let's value the children like the treasure they are and guard them accordingly," urged a typical opinion column at CNN.com. This suggests we should treat our schools like, say, Fort Knox, protecting our children like they're gold. Then the idea would be to make it impossible for unauthorized people to enter, encase schools in feet of reinforced concrete, create a surveillance zone around the building, and so on. This represents confusion about the threat. Nikolas Cruz had been through a series of lockdown drills at Marjory Stoneman Douglas High School, and knew what to expect. He strolled out casually with the other students when the school was evacuated.

That's probably not the sort of mistake they'll keep making, and it’s clear to everybody that every student is a possible perpetrator; every student must be controlled; every student must be monitored. Our children are our treasures; they are also a threat. That makes this whole thing pretty complicated or merely incoherent. The effects, however, couldn’t be more palpably oppressive to the people we purport to treasure, or less compatible with the basic values we profess.

You could surround each school with 12-foot fences topped with razor wire, adding guard towers, machine gun nests, and dogs. It sounds like that's what they want to do. But you're going to need to train the weapons inward.

At least since 9/11, American dilemmas have been framed as a trade-off between freedom and security. Nowhere is this tension more excruciating than in schools, and nowhere has it been decided more firmly in favor of security. It's about to be redoubled. The approach is incompatible with any plausible notion of education. And it can be expected to produce many people who grow up expecting and needing to be subordinated and a few who react with violence.

You can't raise children in a dictatorship and expect them to take up a place as citizens of a democracy.

What we're teaching our kids is how to fill out the bubbles on standardized tests, so they can outperform the children of Singapore and Finland in the global information economy. But what we're showing our kids is guns, suspicion, surveillance, barriers of every sort in every direction: in short, every dimension of oppression known to us at this stage of history. When an institution becomes in this way hostile to the people within it, and destructive of the values to which it’s supposedly dedicated, it should cease to exist by its own standards or for the sake of its own goals. The sorts of measures we’ve instituted and the sorts of measures we’re contemplating in our schools are an annihilating reductio ad absurdum of public education.

Do something else, or disband.