The Tablet sinks into anti-Semitism. 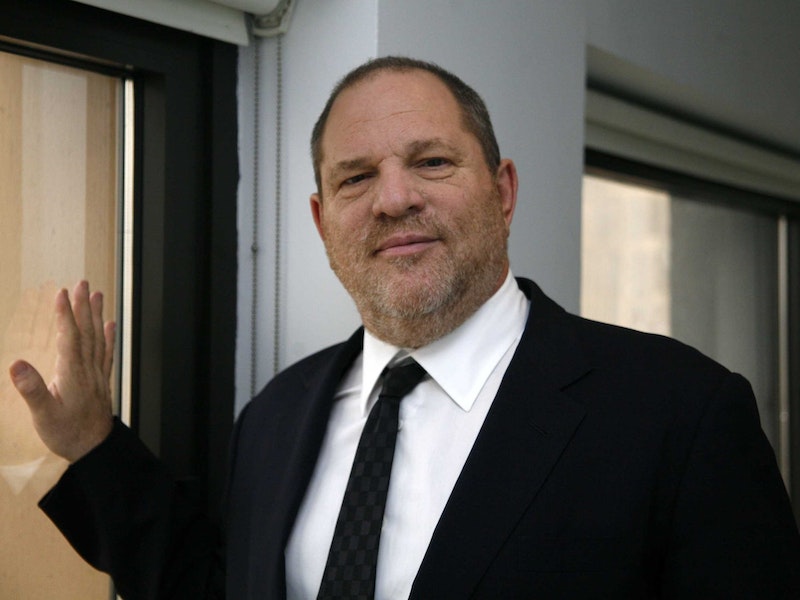 One of the uglier claims of anti-Semites is that Jewish men lust after and abuse gentile women. In the notorious Nazi "documentary" The Eternal Jew, the film claims that Jews control 98 percent of prostitution worldwide. The famous horror film Nosferatu is steeped in anti-Semitism, and pictures the vampire Jew as a disgusting hook-nosed monster, slipping into the bedrooms of virginal Aryans to slake his unholy lust.

You'd think that a Jewish publication like the Tablet would do its best to avoid cosigning this repulsive slander. But you'd be wrong. This week, Mark Oppenheimer published an essay headlined "The Specifically Jewy Perviness of Harvey Weinstein." Oppenheimer argued that Weinstein is essentially a Philip Roth character, whose sexual abuse of non-Jewish women is an expression of his specifically Jewish desire for assimilation and power. Weinstein "harassed women not necessarily to use them as instruments of his pleasure, but to use them as instruments of his power," Oppenheimer proclaims. He concludes the essay by saying, "Harvey can run from who he is, but he can't hide"—as if sexual assault is some sort of existential confirmation of Jewishness.

Oppenheimer sees the Weinstein story as a way to examine the wounded yet sympathetic psyche of Harvey Weinstein—an approach that reduces the women abused to secondary characters in Weinstein's psychodrama. That's repulsive, as Talya Zax at the Forward points out. Oppenheimer himself has reconsidered, publishing an apology in which he said his piece was "hasty and ill-considered, especially in light of the even graver accusations that were published by the New Yorker this morning."

Oppenheimer's apology is good—though it would’ve been nice if he'd explained at greater length exactly where he went wrong. Specifically, it would’ve helped if he'd acknowledged that his piece was not just sexist, but also anti-Semitic. Oppenheimer acknowledges that many non-Jewish people commit sexual assault. But in his view, Weinstein (referred to bizarrely throughout as "Harvey") is a "deeply Jewish kind of pervert." The thesis of the piece is that Jewish men are wracked with a special sense of inadequacy, which causes them to make up for their lack of manliness by assaulting gentile women.

Oppenheimer says that Weinstein masturbating into a potted plant in front of one of his victims is somehow more performative than other kinds of sexual assault. But this is nonsense. Donald Trump's history of sexual assault and harassment is littered with grotesque assertions of power and narcissism. He barged into the changing rooms of underage girls to lord his power and privilege over them. He bragged to his buddy on tape about how his wealth and fame meant that women had to let him grab them by the genitals. For that matter, men often publicly rape other men in wartime in order to humiliate them and demonstrate superiority and power. The idea that Jews, specifically, use rape to assert power is a lie, which paints Jewish men as sexual abusers while obscuring the structural connection between men and power. It's scapegoating—blaming Jewish men specifically so as to let men in general off the hook.

Why would a Jewish writer in a Jewish magazine perpetuate disgusting stereotypes about Jewish men while downplaying sexual violence against Jewish women? I don't know what Oppenheimer was thinking, obviously. But his article shows how easy it is for anyone, of any background, to pick up and disseminate Jewish stereotypes. Jews as much as anyone need to think twice before using some sort of universal Jewish experience, or consciousness, to explain the actions of Jewish people. Weinstein didn't sexually assault women because he was Jewish. He sexually assaulted women because that’s something that Hollywood—and not just Hollywood—allows men in positions of power to do.