Everything All of the Time

Kurt Andersen’s Fantasyland is a fascinating travelogue of American delusion and insanity. 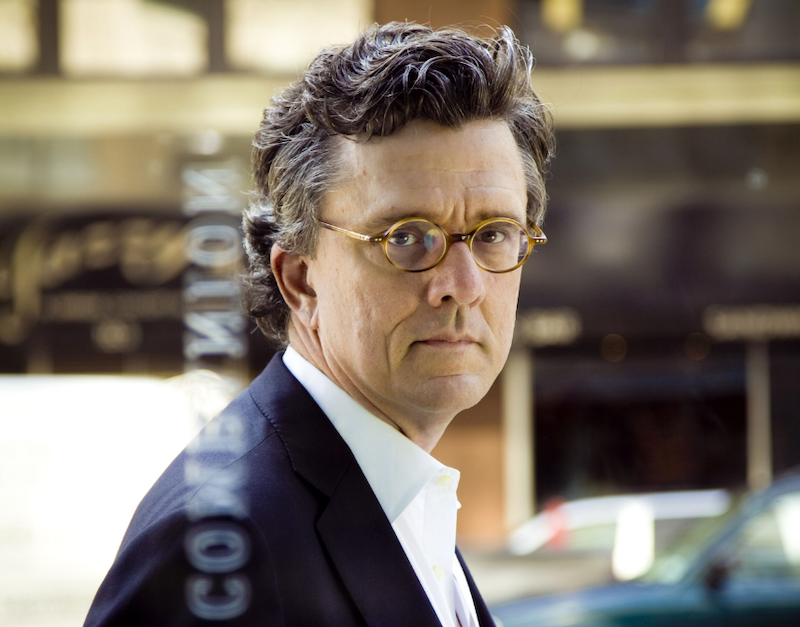 Everything is happening constantly at once right here. In his new book, Kurt Andersen calls it Fantasyland, and he argues that the foundation of the United States is an individualism that extends beyond freedom from tyranny and persecution into a maze of funhouse mirrors where everyone is entitled to their own hodgepodge realities disconnected from empirical evidence and observable facts. He writes that ours “was the first country ever designed and created from nothing, the first country authored, like an epic tale—at the very moment, as it happened, that Shakespeare and Cervantes were inventing modern fiction.” It’s an accurate assessment of the American self-image, especially since it occludes the existence and excludes the genocide of indigenous Americans that began more than 500 years ago. Andersen’s book is timely: instead of feeling scooped, he admits toward the end that Donald Trump is “the apotheosis of Fantasyland,” and that, “to describe him is practically to summarize this book.”

In many ways Andersen’s thesis is self-evident, especially now: “fake news,” memes, and bogus Facebook accounts that trick clueless old people, instant on-the-scene reporting, analysis, and dissemination of raw information via Twitter without any teams of fact checkers or copy editors to go over whether or not there really was a second shooter, or if so-and-so said this-or-that, or to clarify context—no, those people have all been fired. We did not evolve to live in a Global Village, and the psychosis and documented increase in schizophrenia, depression, and anxiety in the last 25 years has everything to do with this radical change in the way we observe and behave in the world. The personal computer didn’t just take away accounting and secretarial jobs—it destabilized our reality so profoundly that we’ll spend the rest of our time alive trying to figure it out.

Trump is not the exception to the rule; he’s not an outlier. Since the most extremist Puritans made the pilgrimage and settled in New England, America has been defined by manic depression, extreme highs and lows, from sending men to the moon to annihilating millions of Japanese civilians with nuclear weapons in 1945, and everything in between. Andersen revels in spectacles like religious fanatics taking every word of the Bible literally, believing in angels and a big bearded white man in the sky, and insisting that man no more evolved from monkeys than pigs or donkeys.

He delves into the Scopes Trial, which was widely mocked and reviled by urban writers like H.L. Mencken and his contemporary coastal elites. William Jennings Bryan was a fool, and hilariously died days after the end of the trial, but despite the Scopes Trial seemingly proving every wicked stereotype about clueless country bumpkins to Mencken’s readers in the Northeast, the evangelicals dug deeper into their own fantasies and delusions of grandeur, just like the failed Confederate South. Unlike Germany and Japan after World War II, both of whom quickly internalized the immense guilt and shame of their loss and former position, and made headways in improving themselves and contributing once again to a world they were bent on dividing and conquering just a few years earlier. They developed their own neuroses about this, but nothing so pernicious and sick as the sore losers in the South, who to this day cling to the idea of “Southern Pride” as something more than really digging the Dairy Queens in your hometown. Neo-Nazi marches on Charlottesville, Virginia happened too recently to make the cut for Andersen’s book, but they are no doubt of a piece with his thesis.

In 1965, D.A. Pennebaker captured Bob Dylan’s trip to London in Dont Look Now, maybe the best fly-on-the-wall documentary ever made, where we see a 24-year-old Dylan running laps around the hapless journalists that try and pigeonhole and define him. Dylan, an epochal American who remains inscrutable and impossible to define more than a half century since he rose to fame, has always been in love with fantasy and myth, constructing his own fluid identity from his very first interviews. In Dont Look Back, a portrait of just one brief period in Dylan’s constant metamorphoses, easy questions yield frustrating answers: “Do you have any brothers or sisters?” a young fan asks. “I can’t even think about that.”

Later, he eviscerates a dullard Time reporter, calling that magazine’s readers “a different class of people,” those who work all week and want the news of the world in bite-sized bits. Dylan sneers: “It cant be a good article because the guy that’s writing the article is sitting at a desk in New York, and he’s not even going out of his office, he’s just gonna get these 15 reporters and they're gonna send him a quota.” After denigrating his profession, his attitude, and his life choices, the reporter comes back with, “Do you care about what you sing?” Dylan is apoplectic: “How can I answer that if you got the nerve to ask me? I mean you got a lot of nerve asking me a question like that, do you ask The Beatles that?”

Dylan himself sounds like a pretentious asshole when asked what Time should really be doing. He claims magazines like Time and Newsweek have too much to lose by printing “the truth.” The reporter asks, “What is really the truth?” Dylan stumbles: “Really the truth is just a plain picture… Just make some collage of pictures which they don’t do, there’s no ideas in Time, there’s just these facts, which too are serious.” It’s not far off from “fake news” harangues directed at journalists today. But the temperature rises and gravity reverses when it’s the President, not a pop star, or even a “voice of a generation,” discrediting “facts.”

Andersen writes that the “opening of the eye” in the West in the mid- and late-1960s was as much a continuation of Puritan delusion and Evangelical insanity as grown men collapsing in fits and speaking in tongues. The pursuit for a higher truth has been more noble and thoughtful, but “pipe dream” is a cliché for a reason. That eye opened and was poked in Altamont, Chicago, and Washington D.C., and the 1970s brought cocaine and paranoia to the front of American culture, those two hideous and insidious inseparable things.

Fantasyland’s scope and length are its most impressive and valuable assets. This is the definitive compendium of crazy in our country, a lighter, more schizophrenic twin with one of Howard Zinn’s histories. Andersen’s book is a travelogue through American delusion and fantasy that is ceaseless in its pace and somewhat exhausting, because as humorous, horrifying, and unbelievable as so many of these periods and instances are, they only serve to support a simple and easily observable thesis about the character of our country. In a negative review for The New York Times, after criticizing what she saw as Andersen’s “wide rather than deep” approach to America’s history with delusion, Hanna Rosin wrote, “What we Americans need, it would seem, is something more powerful. A story to end all stories, preached by someone with the fire of Anne Hutchinson. A collective delusion so seductive that it will have us all, in Locke-step, bowing down to reason and reality. Anyone have any ideas?”

But that’s not what Fantasyland is trying to do. A People’s Future for the United States is, one hopes, forthcoming from some great American, maybe someone who’ll run for office, but Fantasyland is fascinating and very useful for getting a broad picture of our country’s exceptional psychosis, filling in details of days you haven’t visited since grade school, and coming to terms with our current moment, which is by no means unprecedented. Everything has been leading to this. Pray the pendulum swings the other way very soon.