He got about as much punishment as we can dish out. 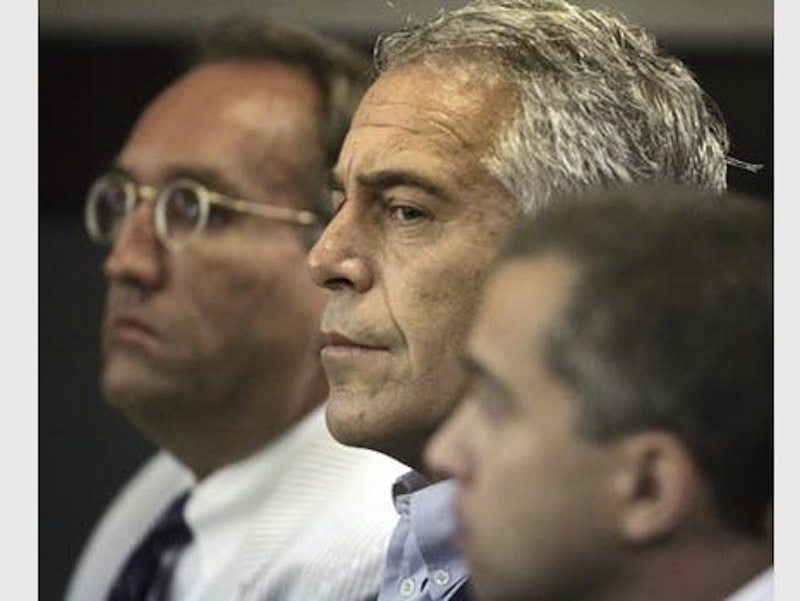 Many people have expressed dissatisfaction with Jeffrey Epstein's death by apparent suicide. Joe Scarborough—rich and powerful, but now evidently a populist—tweeted that "The rich and powerful get away with raping young girls... again." Megan Garber in The Atlantic asked, "How did he manage to evade accountability, this final time?" The New York Times said that, by killing himself, "he spared himself a lengthy trial that could have sent him to prison for the rest of his life on federal sex-trafficking charges."

Let's suppose that Epstein—as opposed to a committee of prison guards appointed by Bill Clinton, Donald Trump, and Prince Andrew—killed himself. I’d think that being shamed as a moral monster to the maximum degree that contemporary media permits and wanting to kill yourself and then actually hanging yourself, ought to be punishment enough to satisfy anyone, to the extent that any punishment can satisfy anyone in a case like this. The idea that he "got away with it" or "spared himself" by executing himself just seems bizarre to me.

Deep inside, one wants to see the sort of person that Epstein was scourged, and then drawn and quartered, and then revived heroically, and then tortured to death again, and so on. His existence, while it persisted, seemed to justify or demand a belief in hell, where his immortal soul could be tormented for all eternity.

No amount of pain that could be inflicted upon him, however, actually releases his victims from having suffered. And no amount of constraint or pain or shame would’ve set the universe right, or compensated cosmically for the damage he caused. In some sense, perfect justice in a case like this is impossible, which is the sort of thing that convinces people that we don’t live in a just universe. But unless there really is a Satan, we're going to have to be satisfied with whatever pain we can inflict here on earth. Epstein's, over the last few months, anyway, was near the upper end.

“It is inexcusable that this rapist was not under constant suicide watch,” Ben Sasse said. “These victims deserved to face their serial abuser in court.” At least a couple of the women that he victimized as girls have expressed the same sentiment, though I imagine that some might feel differently, and not be eager to tell their whole story publicly in that context. I’m skeptical that such a procedure could really accomplish closure or healing, though I take seriously what the people Epstein abused say about what they want.

Justice is a collectivized and somewhat systematized revenge. Epstein's death means that any further vengeance taken upon him will not be a public spectacle. But it’s not the case that his victims or the public haven’t had their revenge. Reaching the point at which you want to die and then take active repeated steps in that direction: there can’t be much in the way of human suffering that exceeds that. It’d not enough, but then nothing could be.

And the idea that he is, right now, evading or getting away with something seems to presuppose a certain sort of afterlife, a limbo where Epstein's shade is flitting about cackling at his escape. Joe Scarborough and company seems to think of Epstein's death as a sort of work release. But perhaps Epstein, body and soul, has been entirely annihilated. Perhaps he can’t be having the last laugh because there is no him to do the laughing.

But with a trial or without one, any of the survivors who want to tell her story in public can. Write a book. Publish a personal essay. Go on Morning Joe, or just tell your story to your phone and post it on YouTube.

Telling your own story as you think it ought to be told is different than telling it under oath in a pressure-cooker and then being cross-examined by Alan Dershowitz or whomever would’ve represented Epstein in court. I'm not sure what, if anything, can heal you, but saying what really happened in the way you want to say it, or under the aegis of your own agency, could be a worthwhile part of the process. It's available, whether Epstein is alive or dead. Dead, he can't try to stop you from, or sue you for, publishing it.

The whole universe and we can’t make this not have happened. And neither Epstein nor all of us together can compensate the victims by any process, legal or extra-legal. No adequate vengeance or justice is available. Nothing can make the victims whole in that sense, though each of them must try to find whatever wholeness she can. But we should all be relieved, not outraged, that Jeffrey Epstein is dead.