The Folio Society sells science fiction because that's where the money is today. 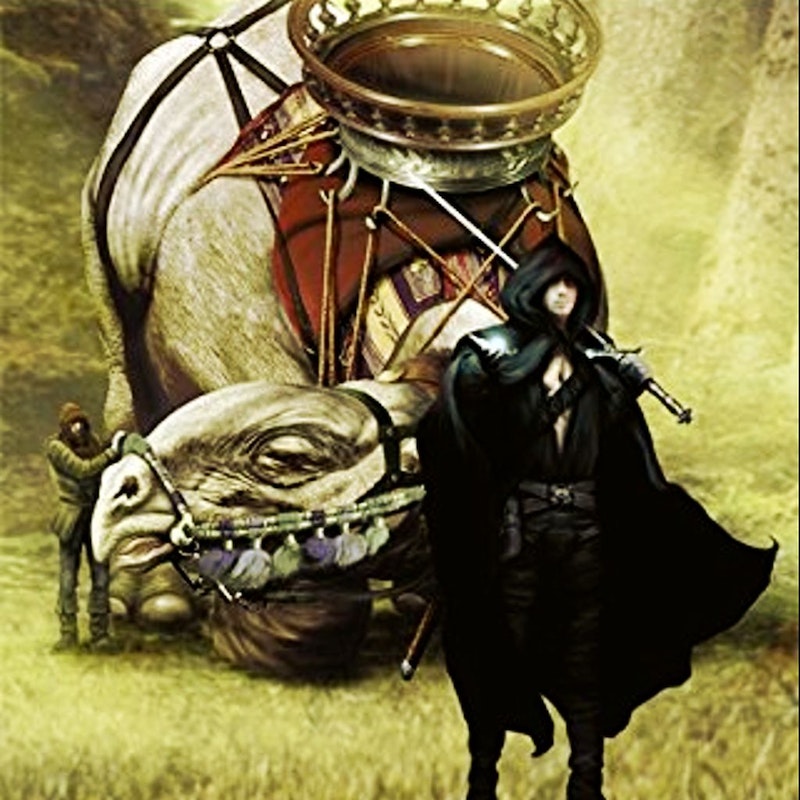 Late in May the Folio Society published a limited edition of Gene Wolfe’s science-fiction epic The Book of the New Sun. 750 copies of the four-volume set were printed, each priced at $595. In a week more than two-thirds were gone, and the entire print run is now long since snapped up.

Wolfe died in mid-April, which one might cynically assume didn’t hurt in publicizing the Folio edition. But a long article in The New Yorker also raised his profile in 2015; he’d begun to become known to a general audience as one of science fiction’s greatest writers. A Folio Society publication of his best-known work is only logical, and can be seen as part of an increasing acceptance of science fiction by the literary establishment, along with, say, the Library of America’s editions of classic SF novels from the 1950s and the 1960s, or their collections of works by Philip K. Dick and Ursula K. Le Guin, or for that matter Le Guin’s Medal for Distinguished Contribution to American Letters given at the National Book Awards in 2014.

Folio Society books aren’t just markers of literary prestige. They’re expensive products; markers of class. So if the Folio Society’s been adding more and more science fiction and fantasy titles to its list over the past years, what does that mean? It signifies that they correctly identified there was a market of at least 750 people ready to pay hundreds of dollars for upscale editions of books currently in print and available for a lot less. Why make a prestige edition of a genre text and not of more conventional literary fiction?

It’s true that those aren’t mutually exclusive, not for a publisher like the Folio society. So besides the Wolfe, one list of the Society’s publications for 2019 includes volumes by George R.R. Martin, Neil Gaiman, Philip K. Dick, H.G. Wells, Ray Bradbury, and Italo Calvino (whose Italian Folktales is at least somewhat fantastic); and also includes books by Dorothy Parker and Anne Carson. But contemporary literary fiction is outnumbered by genre or genre-adjacent fiction. Science fiction fans are laying out cash for their favorites, perhaps more than the readers of what used to be called the literary mainstream. I note that the fastest-selling book the Society ever published was a 2016 edition of Terry Pratchett’s Mort.

Worth noting is that some of this may be a function of business pressures specific to the Folio Society. A quick web search turns up articles from a few years ago in which Society managers talk about trying to raise the brand’s profile. And in 2016, the Society ended the membership program that used to be the only way to buy their books; instead of having to subscribe and buy a certain amount per year, anyone can buy anything from them. So the Society’s trying to become better-known and find new ways to reach the public.

But that returns us to the original question. The way they’re going about meeting those goals is by publishing more science fiction, because people are interested in buying it. Perhaps changes in the Society’s business model have made that plainer—science fiction fans might’ve been less likely to subscribe to the Society when they didn’t know whether there would always be Folio publications in their favorite genre, for example, while now they can choose to buy a Folio book they want and ignore all the books they don’t.

One way to look at the Folio’s burgeoning science fiction selection is to deduce that science fiction fans have money to set aside for their favorite books. Not all of them, but enough to make publishing expensive editions of genre classics profitable. That might track with the rise of computers over the past few decades, and a wave of nerdy early-adapters in the 1980s who made money in the dot-com craze of the 90s and now want to spend on fine copies of what they love.

As a result, the Folio Society sells science fiction. It’s not just a marker of what’s come into favor with critics, but of where money’s to be found today. There’s nothing wrong with this, and indeed there is in a larger sense nothing different from the way the Folio Society’s always operated: it publishes what it can sell, and what it can sell is the stuff that gets noticed. The trick is that very often what gets noticed is what sells. It’s a chicken-and-egg system, but not a tight one; some bestsellers don’t get that praise. In aggregate, though, science fiction and fantasy have become significant enough in the media landscape that the great works of the genre are becoming known to a general audience. But to think it’s a sign of science fiction’s acceptance by the literary establishment would be as wrong as thinking that the establishment’s idea of quality is unaffected by commerce.