Being right and getting even. 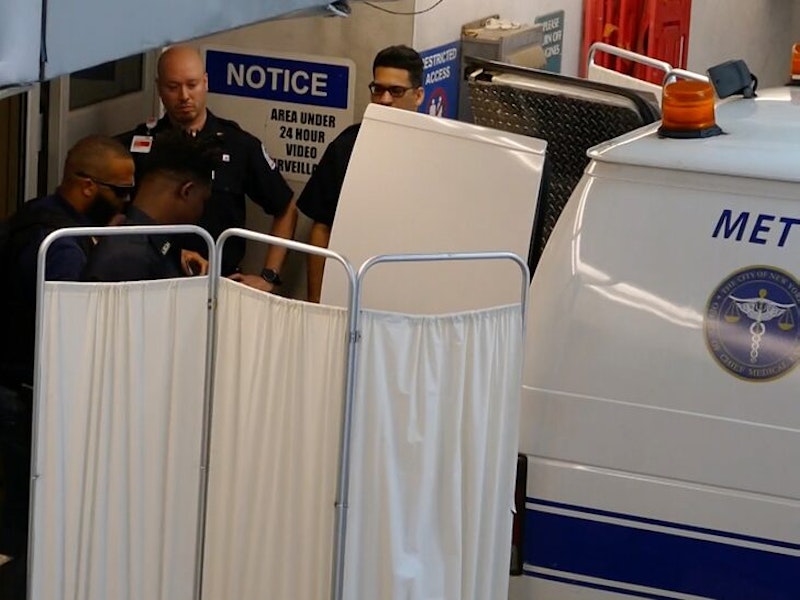 This isn’t the article I wanted to write. I was 1,000 words into a follow-up to “Mob Justice for Jeffrey Epstein,” arguing that he’d probably (and deservedly) get a harsh sentence, but that would be determined by the court of public opinion instead of in a court of law. Then I saw the headlines come across my Twitter feed on Saturday. Epstein wasn’t going to need a trial after all.

We recently learned more about his criminal history and the information gleaned from testimony in 2000 unsealed court documents, detailing the alleged scope of his crimes and those of his partner, Ghislaine Maxwell, toward a variety of girls. Some of them were as young as 14. In situations like this, it’s hard to care about anything but retribution. It’s hard not to hate the power the rich have to act horribly and buy their way out of repercussions. It’s hard to write about the dangers of mob rule when we feel the person on the receiving end deserves what’s coming to him and might finally get it.

And yet the descriptions of Epstein’s activities were so sensational, so scandalous, so resonant with the news media’s need to parade Those We Rightfully Despise through the streets for public condemnation, that the coverage almost became an additional tragedy—another opportunity for the victims, their families, and those who have been victimized in similar ways to experience the horror all over again. We used to call it a “media circus.” But now that everyone can wallow in the lurid details, voice their righteous indignation on social media, and feel better, it’s more like pornography. We just take the hashtags for granted and draw the blinds.

Twitter, in particular, has become the forum of choice for Being Right and Getting Even. We saw it this year in the college admissions scandal, where 50 people were charged for a bribery and cheating scheme to get well-off but under-qualified kids into top universities. We had a field day with that one, especially since a number of celebrities were implicated.

It was hard to miss the abundant gloating about actress Lori Loughlin and well-known YouTuber, Olivia Jade Giannulli, whose careers are certainly over in light of the criminal and civil consequences of their actions. We don’t have to feel bad for them, though. We get to throw rocks and rotten tomatoes as they roll towards the guillotine.

And then there was the recent, crude, and highly public insulting of Taylor Swift by has-been rapper Kid Rock, who evidently felt it was time to stir up the media fishpond Milo Yiannopoulos-style and get back in the public eye. Tired of condemning Trump or screaming about ICE’s Gestapo tactics or bewailing the Antifa menace, the mob turned its burning righteousness on the bottom-rung celebrity rapper with the same intensity it showed toward the billionaire pedophile. Did it matter who these people were or what they actually did? Or was it simply necessary for them to provide a visible focus so we could have a catharsis and vent some of the horror we’ve been feeling about, well, everything?

Meanwhile, the Epstein case was beginning to seem like old news and had lost some of its salacious impact until we received the unsealed allegations of Virginia Roberts Giuffre and a plethora of other women, who claimed to be Epstein’s child victims. Twitter clapped its paws in delight. Here was more pornography and someone we could hate all over again. And we’ll keep hating him for a while until the conspiracy theorizing about his jailhouse suicide plays out and we train our eyes on another object of justifiable hatred.

I don’t feel anything but disgust towards Epstein as an individual. I think the entire case is heartbreaking in the extreme. Harming children is despicable. But I also wonder what we’ve become when fiction no longer provides the necessary catharsis and reportage has grown into a horrific sub-genre of reality TV, something even more sensational and insensitive than what you find in the “true crime” section of the bookstore. How will the media top Jeffrey Epstein? What new atrocity can be rolled through the streets for our edification? What rough beast?