Lazy media plays along with the charade. 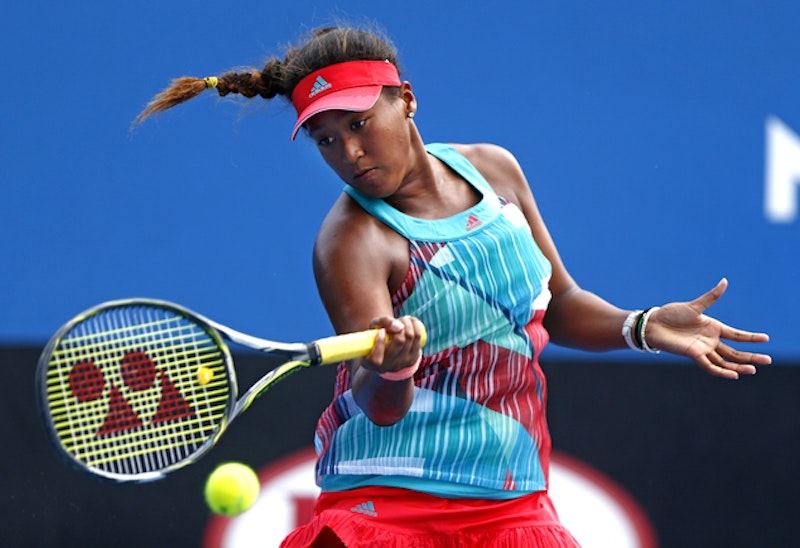 Naomi Osaka is a female professional tennis player who’s having a breakthrough year in 2016, having ascended to number 42 in the world. The Associated Press recently noted her strong showing before the "home" crowd in a WTA tour event final in Tokyo. In fact, Tokyo's never been her home.

The 19-year-old was born in Japan to a Haitian-American father and a Japanese mother, but the family moved to the U.S. when Osaka was three. She’s lived and trained in this country since then. Osaka is commonly referred to as a “Japanese” pro tennis player in the media, although that’s mostly technical.

Nick McCarvel, writing about the rapidly-improving Osaka for USA Today, sounded convinced she's Japanese, like many of his colleagues. “She could be the next great superstar in Japanese tennis,” he wrote in the very next sentence after “she barely speaks any Japanese.” Having lived in Japan for several years, I know that the ability to speak the language is the sine qua non of being accepted by the Japanese.

So why is Osaka so often referred to simply as “Japanese”? She still holds dual Japanese and American passports, although that can't last much longer. Her father, Leonard Francois, has decided she'll compete as a Japanese player, although his reasons aren't entirely understood, even by his daughter, who’s struggled to explain the issue when asked about it.

It looks like marketing is behind the teen star's being billed as “Japanese,” although if she moves way up in the rankings, being American would probably serve her better. Osaka’s much more American than Japanese. In Japan, she’d be known as a “hafu,” which is the awkward, offensive Japanese word (at least to English speakers) for “biracial.” It's interesting that so many Japanese want to claim her as their own now that she's making a name for herself. If she were a regular 19-year-old half-black, half-Japanese teenager living in Japan with questionable language skills, she’d face a host of challenges within Japanese society.

Japan has a serious problem with race, especially blacks. Had she been brought up in Japan, the tennis prodigy would’ve been referred to by some of her classmates and their parents as “kurombo,” the Japanese equivalent of ”nigger,” just like Japan’s 2015 Miss Universe, Ariana Miyamoto, experienced while growing up in Japan. Miyamoto has the same racial composition as Osaka, and was the target of racial abuse over whether or not someone who doesn't have a truly “Japanese face” should be the “face” of Japanese beauty. The pageant put a spotlight on Japan’s outright racism.

Naomi Osaka represents Japan in international competition too, and now the Japanese are excited because they perceive they have a top woman tennis player to join the Japanese male star Kei Nishikori, who also trains in Florida. As long as she’s not competing in a contest that's simply based on “looking Japanese,” there's no problem.

The Japanese media has jumped on the Osaka bandwagon. I wonder how they feel about reporting on one their fellow Japanese who won't take press conference questions in Japanese because she can't handle them. All of the controversy of the Miss Universe affair, and the abuse Miyamoto underwent during it, followed by how Osaka is now embraced presents the perfect opportunity for self-reflection in Japan, but the nation is too myopic to ponder the racial double standard they're applying.

The truth is, Osaka is much better off living in America. Japan lacks the tennis infrastructure to produce champions, which is why Kei Nishikori has lived in Florida since he was a teenager. While Japan is obsessed with racial purity to the extent it has a national directory tracing bloodlines, diversity is valued here. As an American, I find it tiresome that journalists like McCarvel at USA Today play along with the marketing and refer to her a simply a “Japanese” player. That's lazy journalism. She's an American who’s a product of our excellent tennis program, so I’d like to see her recognized as such and have this country claim her. Japan’s really done nothing to make her this good at 19. When she’s 22, Naomi Osaka will be forced to choose one nationality by Japanese law. We’ll see what she does then.