It's Worth Standing Beside Them

The frequency of mass sexual assaults throughout the Muslim world is unclear. 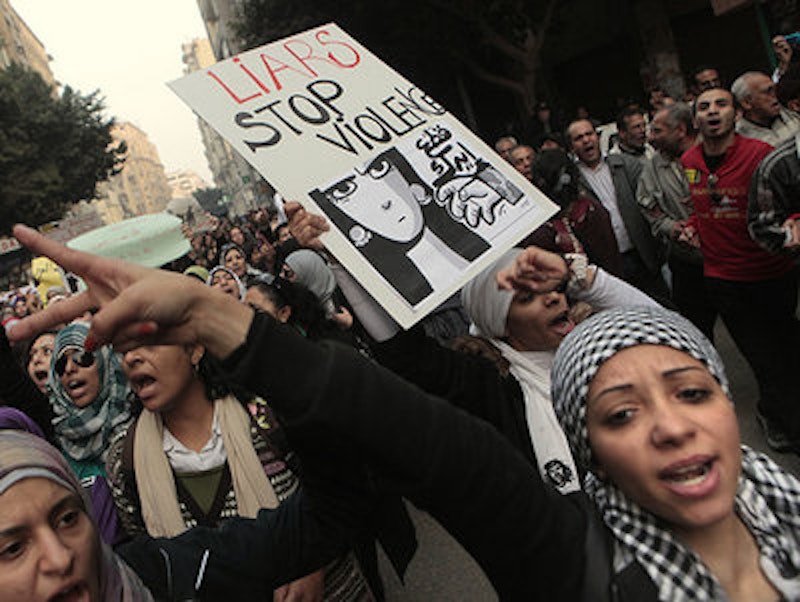 After my last post, where I discussed Germany’s updates to their rape laws in the wake of the New Year’s Eve attacks on women, The Washington Post published information from leaked documents showing that the assaults were far more numerous and extensive than had been previously reported: “Authorities now think that on New Year's Eve, more than 1,200 women were sexually assaulted in various German cities, including more than 600 in Cologne and about 400 in Hamburg. More than 2,000 men were allegedly involved, and 120 suspects—about half of them foreign nationals who had only recently arrived in Germany—have been identified.” While law enforcement is often judicious about the information they release during an ongoing investigation, the document leak has led to accusations of a cover-up in the name of political correctness. In fact, as the migration of Muslim peoples has overwhelmed Europe, questions of accurate reporting have constantly swirled. The polarized nature of contemporary journalism has become a vortex where agendas and ideology are too often prioritized above due diligence.

When the Post published its report of the document leak, I was reminded of the attacks on women in Cairo’s Tahrir Square, and I thought there could be something to learn from examining the information that has since come out. One of the lingering questions I’ve had is how hundreds of men could be corralled into orchestrating an attack on a woman. The most famous of these assaults was against 60 Minutes correspondent Lara Logan, in addition to female journalists from the Netherlands, UK, and France. Assuming these attacks were reserved for white, non-Muslim women is short-sighted; there were several, similarly targeted attacks against Egyptian women protesting in Tahrir Square. Egyptian journalist Mona Eltahawy has been vocal about being singled out for abuse by police, where she was taken into custody at the interior ministry, and then sexually assaulted and her arms broken. At the same time there was the viral image, which came to be known as the Woman in the Blue Bra, when a protestor was publicly stripped and beaten by Egyptian soldiers. According to an Amnesty International report, 500 women reported mass sexual assault and gang rape between June 2012 and June 2014.

There have been rumors that the Tahrir Square attacks were carried out by street thugs on a cash payroll administered by government flunkies, suggesting a relationship to organized crime. I haven’t found any definitive answers as to whether or not there’s any truth to the rumors. The most substantial information I could find about Muslims and organized crime usually pertains to its symbiotic ties to terror groups. The Amnesty report also includes a review of investigations and court proceedings related to the attacks; the report indicates that government officials seemed to be more concerned with investigating how the victims supposedly brought the attacks upon themselves rather than finding ways to hold the attackers accountable. The end result is that there isn’t a conclusive answer as to whether these attacks were carried out on the orders of anyone in the Egyptian government or related to organized crime.

In looking at both groups of attacks, it’s astounding how little definitive information I’ve been able to find. It’s disturbing that the parts of the Internet that seem to be the most willing to openly discuss what happened in Germany and Tahrir Square are often blogs that It’s describe as right-wing conspiracy theorists hate-mongers. I’d also say that left-leaning feminist-friendly blogs have their own problem of misinformation by not dealing with any of this constructively, treating these attacks as isolated incidents rather than symptoms of a broader problem. What often discredits them is that their understanding of the basics of Islam is so painfully lacking. By virtue of having completed freshman year world history in a Catholic high school, I feel like an expert compared to some of these loonies.

Many of the sites I viewed used a particular term to describe these attacks: taharrush or taharrush gamea (among other variations). The accuracy of this term is often disputed, with Huffington Post blogger Alex Shams explaining: “The term… just means ‘group harassment’ in Arabic, but right wing commentators are trying their hardest to convince you that it actually means… ’gang-rape game’ and that it’s a normal thing in the Arab World.” I think Shams might be onto something in his dispute because I haven’t found anything easily accessible with this term dated prior to January 2016, despite Wikipedia’s claim that its use goes back to the 1950s. I have a harder time buying Shams’ argument that the attacks are anomalous.

The obvious next step was reading the words of Muslim women, starting with Mona Eltahawy’s book, Headscarves and Hymens: Why the Middle East Needs a Sexual Revolution. It’s built off of an essay she wrote for Foreign Policy where she laid out the naked misogyny of the Muslim-Arab world: “We Arab women live in a culture that is fundamentally hostile to us, enforced by men’s contempt… Name me an Arab country, and I’ll recite a litany of abuses against women in that country, abuses fueled by a toxic mix of culture and religion that few seem willing to disentangle lest they blaspheme or offend.” Eltahawy goes on to describe the way Arab women’s oppression is rationalized: “The obsession with controlling women and our bodies often stems from the suspicion that, without restraints, women are just a few degrees short of sexual instability.” I came away with a more direct understanding as to how deeply ingrained misogyny is in the Muslim-Arab world, and how it takes very little for that contempt to turn into violence, both at home and in the street. She never uses the term taharrush in any form, nor did I come away with the impression that mass sexual assaults are especially common.

The one phrase that stands out is “a toxic mix of culture and religion.” The reason for this is that not all Muslims have the same draconian contempt for women. In the oft-cited Pew Research poll, the Muslim majority countries that consistently have the most permissive views of women’s roles in society are often in Southern-Eastern Europe (the Balkan states) and Southeast Asia. The least permissive are typically in the Middle East and Central Africa. It’s difficult to get a consistent statistical reading of how widespread sexual violence against women in the Arab-Muslim world is. According to many researchers, there are taboos on women speaking about such intimate topics, especially with strangers, which impedes their progress. That said, a 2013 assessment by Reuters of the rights of Arab women looks bleak.

In addition to Eltahawy’s book, I also read books by Irshad Manji and Ayan Hirsi Ali, as well as an anthology of essays and poetry by North American Muslim women (again, I never saw use of the term taharrush). I’m still left with lingering questions about Muslims integrating and assimilating into the West. The countries of the First World are distinguished by their tolerance for religious diversity and protections of women’s rights. Muslim majority countries of North Africa, the Middle East, and Central Asia are often notorious for their appalling human rights records, especially women’s rights. It’s worth considering that there may be a permanent demographic shift. The majority of those migrating into Europe are young men, mostly teenagers. In addition to civil wars and the looming threat of ISIS or other terror networks, climate change could make the area uninhabitable. The inevitable migration isn’t just a European problem; it will be a global human rights crisis.

The end result is that I don’t have a definitive answer as to how frequent these mass sexual assaults are throughout the Muslim world. Until the New Year’s Eve attacks, everything I’d read on the topic appeared to suggest that it was a problem unique to Egypt, and a recent phenomenon. I feel like I’m stuck in a gray zone where I don’t think it’s a persistent emergency like panicky people on the right make it out to be, but it’s clearly a bigger problem than some ideologues on the left can cope with. In many Muslims nations, women’s low status makes them vulnerable to violence. If there’s anything that gives me hope it’s that there’s a movement to reform Islam. While it might be small and scattered, it’s significant. It could be the first major religious reformation of its kind to be led by women. It certainly won’t be immediate—it took Christianity centuries of Reformation  and Enlightenment for us to get to where we are now. But I believe it’s worth standing beside them.