He assembles and poaches. 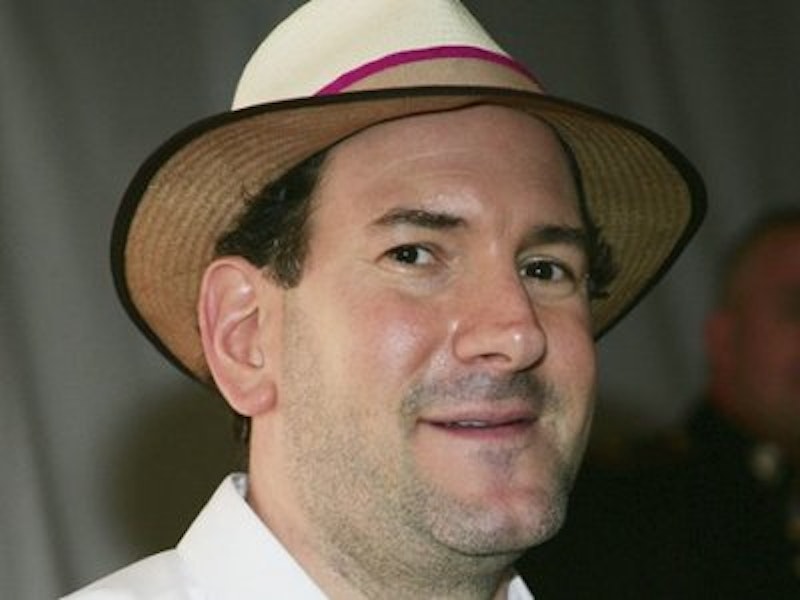 Welcome to the bizarre world of The Drudge Report, where every day a burlesque of headlines takes browsers to a parallel universe that exists only on the outer fringes of reality and are disputed by the actual world we live in. But that’s the point. Matt Drudge is smirking, smiling, all the way to the bank even though he lives in an ink pot where the headlines are more likely ripped from The National Inquirer or some manic right wing website than The New York Times or The Washington Post.

The legend is that the fedora-topped Drudge was given a computer for Christmas years ago and was prescient enough to turn the machine into an industry. But right up front, make no mistake: Drudge’s only product is Drudge himself. For in reality, he creates nothing. He assembles. Drudge is an aggregator and a driver. He trolls the Internet, poaches other people’s work, puts it out there and occasionally posts a number—usually in the millions or billions—of surfers who’ve accessed The Drudge Report to get to where they’re going, say Alex Jones or Bill O’Reilly, or Maureen Dowd, to name three of his stable of columnists and rack of newspapers and other information sources.

Drudge is fun, a provocateur, if the site is taken lightly, say in the same vein as the comic strip Prickly City or Non Sequitur. But be aware that Drudge takes himself seriously, very seriously, as in his unabashed advocacy of Donald Trump’s candidacy for president and his unconcealed glee in presenting Hillary Clinton visually as a shrew with a melting face. In Drudge Land, legitimacy isn’t an issue. On any given day, Drudge twists and distorts the news to suit his political purposes. But it’s tough to decide whether Drudge is mischievous Puck or the bad boy of the alt right, or extreme right wing, political propaganda flamethrower.

On Thursday, October 27, for example, the site’s lead-off was a collage of Clinton, in different unflattering poses and positions, swilling beer from bottles and cavorting with different men. The day before, Drudge had a collage of Clinton’s face, the many poses distorted and contorted to resemble a Salvatore Dali clock dripping over the edge. Along the left column was a series of headlines all praising Trump—“TRUMP’S BEST SPEECH?” (referring to remarks at the grand opening of the new Trump hotel in Washington), “UNDER BUDGET, AHEAD OF SCHEDULE” (again, the hotel), “Promises “new deal for Black America”…, “[Trump] Wins mock election at MN high school,” “Pro-Hillary students busted for campaigning with school resources…” and “TRUMP GOES HOLLYWOOD.” And how about this for a global stretch—“Trump fans rally in Jerusalem’s Old City.”

The second column, headed “POLL WATCH,” is even more revealing in that Drudge is very selective about which polls he runs. In Drudge World, Trump and Clinton are running in a dead heat, on most days with Trump ahead. But on the same Thursday, Drudge’s candidate was within the margin of error—IBD: CLINTON + 2; LA TIMES: Tie; RASMUSSEN: Clinton + 1. On the very same say, MSNBC had Clinton up nine points, Fox News had Clinton ahead by three points and the AP had Clinton up by 14 points. The Real Clear Politics average gave Clinton a six-point lead. The truth is, they were probably all wrong.

On Sunday, which is kind of a mop-up day in journalism, The Drudge Report featured a photo of a forlorn Clinton and a tortured looking Huma Abedin over the headline “DIVORCE?” Under it was another headline, “TRUMP LIVE: VEGAS” There were other playful headlines—“HILLARY AT WAR WITH FBI…”, “PAPER: Dems should ask her to step aside…“ (With a click, the paper turned out to be an opinion columnist for The Chicago Tribune.) And here was Drudge’s showstopper for the day—a reproduction of the New York Post’s front page with a picture of an open-mouthed Clinton and the headline, “HAPPY HALLOWEINER,” a reference to Abedin’s estranged husband, the sexual exhibitionist, Anthony Weiner. Email exchanges between Abedin, Clinton’s most trusted aide, and Weiner revived the FBI investigation into Clinton’s long-standing email woes from her days as secretary of state. The day’s menu of polls was a long list reproduced from Real Clear Politics, many show Clinton ahead but the lead narrowing and others—printed in red—showed Trump leading.

To be fair, once a news junkie scrolls past Drudge’s antic collection of doodles that pass for headlines the real news begins in earnest, which is why the Drudge site is called a “driver.” Here is access to a list of news services, domestic and foreign, as well as a lengthy collection of newspapers and websites that include some of the nation’s best. But the list is also corrupted by some that are pure entertainment, and others that are downright silly. Ditto the stable of columnists, from the credible to the nonsensical, take your pick.

Drudge is not alone in the build-up of the right-wing media bullhorn. But the site is another clear example of how the Republican Party collapsed into the shattered mess that it is today. The GOP began to believe its own propaganda without realizing that it existed in an echo chamber. The very same leaks and information that the GOP was feeding Drudge, Rush Limbaugh and conspiracy theorists such as Alex Jones, came back to bite them. Note that Trump frequently quotes, with or without attribution or documentation, the kinky theories of Jones and information from the National Enquirer, whose editor is his good friend. And as every political hobbyist knows, the chairman of Breitbart, Stephan K. Bannon, another right-wing, scorched earth website, is the Trump campaign’s chief executive.

The loopy and loony news parade of The Drudge Report appears daily, a lethal mix—if taken seriously—of the comics pages and the front pages. It’s supposed to be entertainment, which is often the refuge of right wing commentators and collaborators—as when Limbaugh used to put his foot in his mouth and was easily forgiven with the phrase, “Oh, he’s an entertainer.” But Drudge makes a point, with an offering of news outlets and columnists from A to Z, half in jest, the other half deadly serious. The trick is to sort them out.