I’ll leave it to Vox to explain the reasons why. 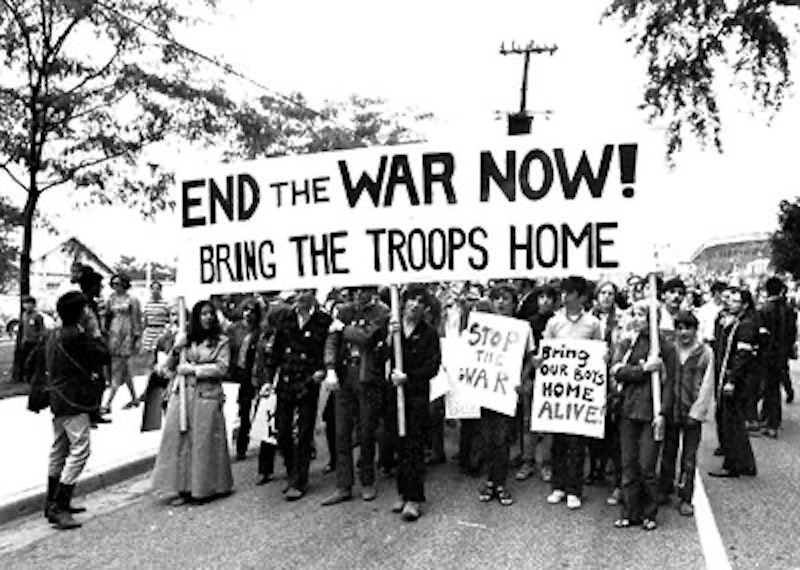 Condescension isn’t pleasing to encounter, so that’s just one of the reasons I rarely visit Ezra Klein’s “explainer” website Vox, founded just over a year ago. On occasion, however, I’ll see a post on Twitter and will get suckered into reading a Vox article, so someone’s doing his or her job there. On Memorial Day, Dylan Matthews argued that in addition to that holiday, and Veteran’s Day, a day should be set aside to honor war resisters. At first blush, my reaction was, why not? After all, most American holidays have been subverted by commercial interests anyway, and aren’t even celebrated on the original date—Memorial Day, until the federal government decided that it, like the birthdays of Lincoln and Washington, was a dandy excuse for a three-day weekend, used to be commemorated on May 30. It may not be long before Christmas falls on the fourth Monday of December.

As a parent, I do like the fuss of Father’s Day, but let’s be honest, that’s a contrived “holiday,” just like Mother’s Day. I believe there’s a Grandparent’s Day, Star Wars Day, Milky Way Day, Ted Williams Day, Whole Foods Day, Jon Stewart Day, Pokemon Day, Gloria Steinem Day, but I’ve lost track. Maybe Vox can help. Personally, I’d be in favor of a National Redheads Holiday, but that’s selfish: though I’m not a “ginger,” one of my sons is, my dad and three of my brothers were/are, as well as several nieces and nephews. So create your own: it just might fly.

Anyway, Matthews’ point, and I believe he’s serious, is that conscientious objectors, draft dodgers, deserters and war protesters ought to be honored along with those who served, and died, in the military. He cites Eugene Debs and Emma Goldman, among others, who were jailed for the “crime” of speaking out against U.S. involvement in World War I, a time when Democratic president Woodrow Wilson suspended the First Amendment and put over 10,000 Americans in the hoosegow. (By the way, George W. Bush and Barack Obama have been likened to Hitler and Stalin by history-challenged noisemakers, but unlike Wilson neither jailed citizens for protesting the Iraq and Afghanistan Wars.) It was a low point in this country’s history, as was FDR’s expedient (and political) internment of Japanese-Americans when World War II broke out.

The gist of Matthews’ article is this: “Memorial Day honors those who’ve perished. It’s an annual reminder that wars have grave human costs, which must be both recognized and minimized. Those costs are not inevitable. We ought to set aside time to remember those throughout American history who have tried hardest to reduce them, to prevent unnecessary loss of life both American and foreign: war resisters.”

I doubt that serious men and women who vigorously voiced objection to the Vietnam War—David Dellinger, the Berrigan Brothers, Bella Abzug, Benjamin Spock and Robert Drinan, to cite just several—would’ve been in favor of Matthews’ idea. They’d be embarrassed, for one, and more importantly didn’t crave the notoriety, as opposed to, say, Abbie Hoffman and Jane Fonda.

After the draft ended in the early-1970s, which effectively snuffed out the anti-war movement—a political, if not moral, masterstroke by Richard Nixon—the attitude toward men and women who voluntarily serve in the armed forces became trickier. It’s a cliché today for people to tell veterans or active participants that they “honor your service” and then, patriotic duty done, jaunt off to a Ben & Jerry’s or Subway and forget all about it. It’s trickier still because these men and women decided to join the service, some for the benefits and a career, some out of love of country, others because it beats working a dead-end job. It’s dangerous and often life-threatening work, but unlike the draft, it was a conscious choice. Aside from the aftermath of 9/11, it’s rare that the same respect is accorded to police or firefighters—and, recent criminal behavior by some cops notwithstanding, the majority of those men and women are honest and sincere fulfilling the rigors of their vocation.

In other words, where does it all stop? Matthews gets his War Resisters Holiday, and then someone else proposes another day of celebration. I understand that Americans cherish their three-day weekends, and the retailers still standing outside the cyber world, would rejoice, but isn’t it all getting kind of cheap?