Islam: Criticize It And You're A Bigot

The American left loses its way once again. 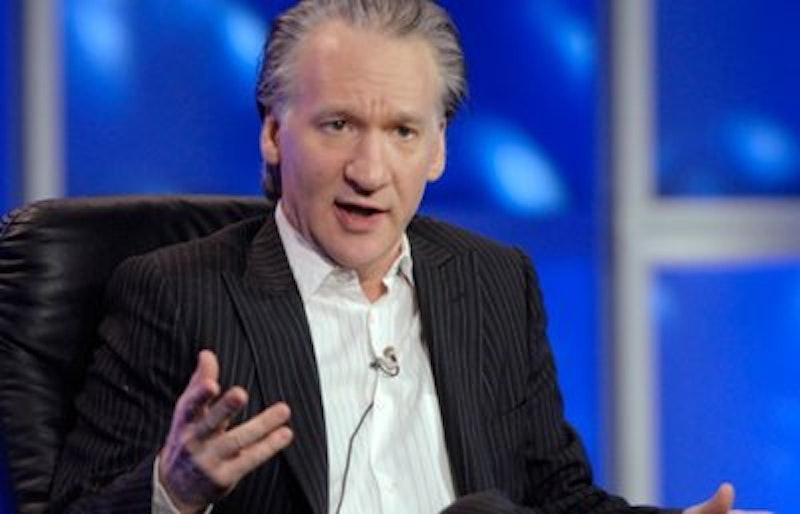 Islam is currently the world's most controversial—and fastest growing—religion. There are approximately 1.5 billion Muslims in the world, very few of whom are violent. The problem is that the relatively small number of violent ones—whether they’re jihadists or members of violent militias like ISIS and Boko Haram—are causing a PR problem for what is sometimes called the "religion of peace." Added to the mix is the oppression of minorities, specifically women and gays, within some Muslim countries. It’s hardly controversial to say that Islam has problems to address, though it can quickly get you called a bigot.

Just as with any other religion or ideology, none of which are close to perfect, Islam should be subjected to intense scrutiny. However, this is where the problem arises. Religions really hate criticism, which is odd. Questioning Islam puts you in different category from critics of other ideologies, a much more dangerous one. If you doubt this and think all religions are equally violent, try burning a Bible and then a Koran on YouTube and get back to me.

Since 9-11, Islam has become politicized, but both the American left and right get it wrong. The right wing often seems in the grip of Islam-focused paranoia, with a particular focus on an imagined imposition of sharia law in certain parts of the country. Charlatans like Rush Limbaugh and Sean Hannity make a good living playing to such fears, fanning the flames and egging on their gullible, xenophobic admirers.

Liberals might be expected to make a contribution to the debate, as they claim to be open-minded and on the side of the oppressed, but the left is generally as clueless as the right when it comes to Islam. Liberals are hamstrung, once again, by their political correctness. Somehow, nothing bad that Muslims do in the name of their religion is ever actually done explicitly "because" of their religion. The real cause is always attributed to political, cultural, or economic reasons; even if a guy who kills a cartoonist says specifically his act was motivated by his religion. Liberals know better. After all, they are better-educated than these non-white people from a not very advanced part of the world.

Bill Maher, an equal opportunity knocker of religions (see his movie Religulous), is constantly and casually called a bigot and racist by the left for his criticisms of some of the practices of Islam. Strangely enough, his movie, which mercilessly mocks Christianity, evoked no such hysteria from that corner. Had he made Religulous Part Two, skewering Islam this time, he would’ve been living under constant armed guard at this point, if he were still somehow alive.

Even the very smart and normally non-PC comedian/actor Patton Oswalt was driven to absurd levels of outrage by Maher's criticisms of Islam. Oswalt said, in a Salon interview, that as an atheist he feels the same way about Maher's criticism of Islam as a Christian must feel about Fred Phelps of the Westboro Baptist Church. That's right, liberal Bill Maher is in the same category as the folks who bring you the "God hates fags" signs at military funerals.

When you have the likes of Oswalt going off the rails like this you know you are in "taboo" territory. Oswalt is more or less a "one hit wonder" on the topic when compared to attack dogs such as C.J. Werleman, the Australian pundit and former Salon writer who automatically labels any criticism of Islam "Islamophobia." Werleman's derangement was recently on full display on Cenk Ugyur's super-PC Young Turks program. He had this to say about Bill Maher: "Bill Maher and his acolytes are as historically, and culturally, and geopolitically ignorant as any Christian fundamentalist that you will ever meet.”

Werleman begins by saying how "ignorant" Christian fundamentalists are (idiotically comparing them to Maher) and then quickly segues into a defense of Muslim fundamentalists—who also don't believe in the Enlightenment—without being called to task on his blatant hypocrisy by the moderator/host Cenk Ugyur.

Reza Aslan is another prominent pundit in the Islam debate who calls Maher and his fellow New Atheists "bigots." Aslan, who advertises himself as a "religious scholar," needs some remedial religious scholarship. He claimed back in October that Muslim women in Indonesia "are absolutely 100% equal to men." He’s apparently ignorant of the virginity tests that Indonesian women must pass to serve as Indonesian police officers.

Aslan and his fellow crusaders who label anyone who dares criticize Islam "Islamophobic" are united in the air of smugness they project. Anyone who pretends to have a religion all figured out is automatically a fraud anyway, and that’s exactly what this bunch is doing. The odd thing is that their nonsense is bought as readily on the left as is Hannity and Limbaugh's hokum on the right.

The level of outright dishonesty many on the left bring to the Islam debate is downright depressing. If Bill Maher and Sam Harris can't even offer criticism of how Islam is practiced (not personal criticism of Muslims as it is portrayed) without being smeared, think about the people in Afghanistan who are oppressed by a mandatory religion. Think about the woman there named Farkhunda who in March was falsely accused of burning a Koran and then got beaten to death and set on fire by an angry mob of well-dressed Muslims. People need to feel free to speak out about religious abuse. Liberals are letting down the minorities they claim to care about because they’ve allowed themselves to be cowed by the Werlemans and the Aslans of the world. They’re disgraceful.