Fear-mongering like this, so coordinated that it seems nefarious, cooks slowly. 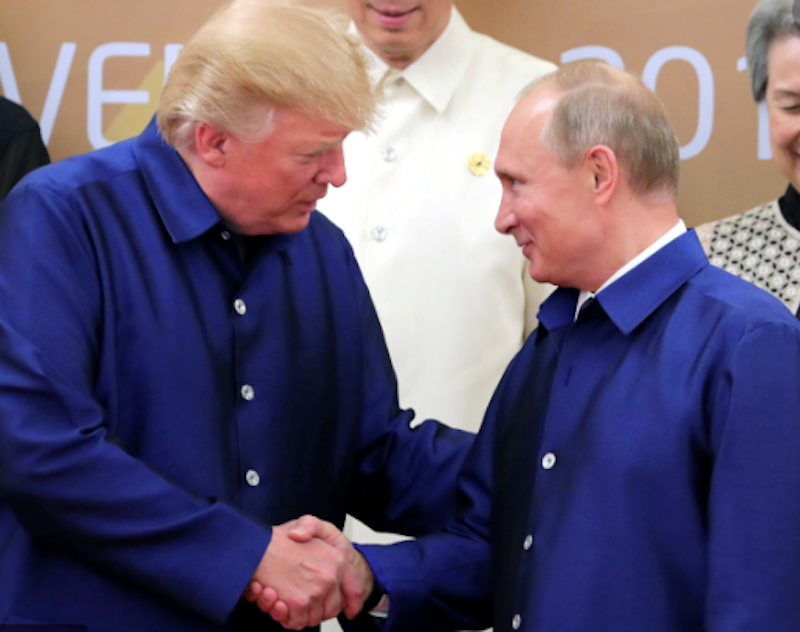 When I opened my email a week ago, I found an emergency note from The Atlantic. It was signed by the editor. It was the kind of email that prefaces its own main text, every verb trembling with tearful impetus: “Below, editor in chief Jeffrey Goldberg shares why we chose to move forward the online publication of our upcoming cover story.” What did Goldberg share? That “…there is a pervasive and justifiable fear that Donald Trump will reject the election results if he loses to Joe Biden. But as [Barton] Gellman documents in his authoritative and chilling story, the situation is far more dire than anyone, Biden included, might imagine.” I shuddered, feeling a chilling scenario unfold. Then, with a practiced motion, I sent Goldberg’s message directly into the trash.

More would come. “Trump shifts the 2020 focus by again threatening to undermine the democratic process,” declared The New York Times, reporting on Trump’s comments about a hypothetical transfer of power to Joe Biden. “This was no typical Trump provocation,” the Times continued, eager to grab the reader by his lapels. “Acceding to the will of the voters is the linchpin of American democracy.” So what has Trump done? He’s said that “We’re going to have to see what happens,” when asked about a peaceful transfer of power. That’s not earth-shaking. It doesn’t dislodge any linchpins or change one iota of our democratic process. But it’s enough to get the Times roiling about democracy’s demise, something they’ve done several other times recently—to bewail the postal crisis, to attack the idea of delaying elections, and to write strongly worded editorials about Facebook. Democracy is also crumbling—or so the Times insists—in Latin America, in Pakistan, in the wake of unscrupulous pollsters, and (as if through some sort of wormhole) “in Eisenhower’s time.”

Meanwhile, another barrage was about to reach my desk. Watching democracy come apart like a mangled soufflé is the armchair sport that’s now sweeping the Seaboard. I gaped, helpless, as The New Yorker fired its latest update directly at my inbox. “Donald Trump Is Attacking American Democracy At Its Core,” they informed me. Then they pasted in the inevitable, moody, grayscale photo where Trump shuffles alone across a sad, pale outfield. Finally they accused him, with good reason, of being totally sincere: “The President is transparent about his effort to stack the Supreme Court in his favor for an anticipated challenge to the election results.” There you have it. The New Yorker will gladly drill all the way to democracy’s core pursuing news that is transparent already.

Fear-mongering like this, so coordinated that it seems nefarious, cooks slowly. It begins with articles about Trump’s “authoritarian tendencies.” Sometimes these articles describe Trump firing people who disagree with him, and then manipulating federal agencies. Other articles just show him taking bro-tastic photos alongside a dictator from some small country or other that doesn’t care about civil liberties. Regardless, a distinctive (if shadowy) narrative has emerged between the lines of these stories. It’s a melancholy tale about a country that let democracy die, presumably “in darkness,” because Trump refused to play nice and we didn’t stop him. Now this elegy isn’t accurate, or meant to be, but it certainly reads well. It has a touch of the poet about it, thanks to every author’s weary insistence that somehow Trump is the dictator all of us apathetic Americans deserve.

The problem with these dirge-like descriptions of Weimar America is, first of all, that they’re exaggerated. I hate to quibble with dynamite headlines, but Trump isn’t going to hollow out American democracy, all by himself, or seize control of the National Guard if and when Biden wins Florida. I know he’s not going to do such things because Trump has no record, whatsoever, of coloring outside the lines. He lies, he brags, and he sends out dogwhistles with zany implications, all on a daily basis. But he’s a legitimate politician who lets his associates handle the grayer legal areas. He’s also a two-bit self-promoter, pathologically desperate, who can’t hide anything from his public for more than 10 minutes. It’s astonishing how much Trump-era corruption is already public knowledge. Anybody with a web browser can quickly find out more than they ever wanted to know about Trump and the virus, Trump and the IRS, Trump and the Russians, Trump and the Scottish resort kickbacks, or Trump and the Mysterious Payouts to Former Models.

What’s misleading about hyperbolic assessments concerning Trump and democracy is their persistent attempt to pry Trump out of the American story, as if he’s some kind of Nazi anomaly that “we allowed to happen.” He’s a real-estate developer from Queens who made it big with a good slogan, a sales pitch that reached to the cheap seats, and a lot of cronies. Our democracy is terribly flawed. It always has been. The “undemocratic” maneuvers that lock in majorities—including voter suppression, gerrymandering, and misleading polls—are as storied and American as dubious “home remedies” or selling books by weight. We’re a racist, duplicitous, and unequal bunch, and our democracy has always been busy trying to work itself free from those snares. Cheating, exclusion, and thuggery are “real” parts of American democracy.

Power grabs aren’t wrenches in the works, or at odds with our “democratic values,” or even some novel form of evil invented by Big Data. They’re old. They’re native. We didn’t “allow” Trump to win; rather, our government wasn’t evolved enough to resist him. Since then we’ve made very little progress. We’re still using the Electoral College, for instance, a bizarre shackle on popular decision-making that most Americans would describe as “something I don’t understand.” So few Americans could pick the EC out of a police lineup that it’s not even an unpopular institution, which is remarkable, since it screws up the most important election in America whenever we are most conflicted about who, exactly, ought to win.

It’s tempting to insist that the democracy we stand for, in this country, is simply the one we will have sometime in the near future; it’s just a little delayed, for now, because of some bad people in high places who don’t have the respect for it they should. Once we roll back the voter ID laws, redistrict impartially, and suck out the soft money… then we’ll be in business. But that view goes right back to the imaginary bulwark, “democracy,” and the unhelpful Americans (especially Trump) who keep hanging around, shamelessly trying to blow it up. It’s as if we’re afraid to claim that the movement against an electoral college, and all the kindly voter registration efforts, and even campaign finance reform, are themselves partisan, disruptive campaigns, actively privileging some of the general population (e.g., the working poor) and making trouble for the rest.

Democracy is just the name of the battlefield where we are all met. And Boss Tweed—who comes to mind often these days—was right when he said the only way to have power is to take it. Don’t wait for democracy to perfect itself. Don’t invoke its lofty sentiments. We can wearily “defend” democracy’s hallowed “linchpins” from the comfort of our keyboards—or, instead, we can become them.