Hunting Humans, on Capitol Hill and on Campus 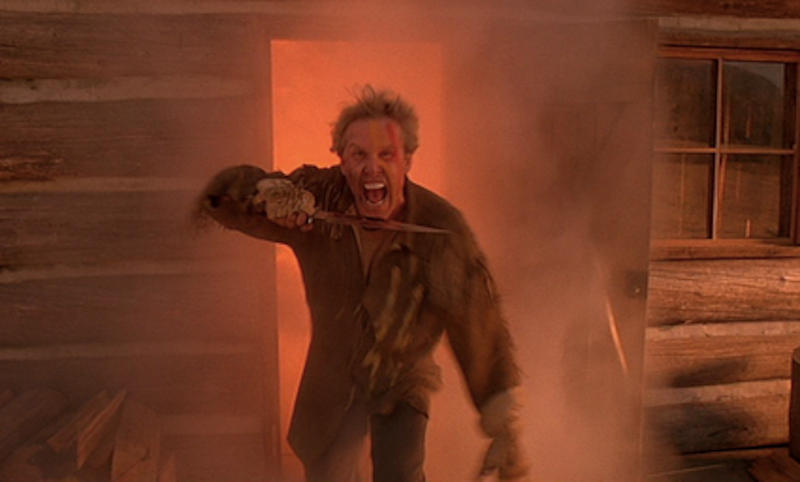 As many a potboiler has pointed out, hunting quail isn’t that interesting. The real hunter seeks the ultimate game, the serious challenge; the real hunter stalks human prey. Whoever you may be, it’s pretty likely that the back of your head is currently appearing in someone's crosshairs. You never know when it's coming. I just want to say, before you collapse in a big dead heap next to me, or me next to you, that it's been real. But this “ultimate game” is pretty unrealistic, as it turns out. In the real-life hunt, humans are amazingly easy to bring down, process, and taxidermy.

This is all true in the culture in general, where yearbook pictures and ancient comedic tweets are liable to take out almost anyone at any time, or where, if you’ve ever eaten a salad with a comb (admittedly, that's unlikely), you can count on that fact emerging, throwing you into crisis-management mode. There are two different approaches to stalking human prey: you can start by picking out a particular person, and rummage through every image ever produced of him, looking for the worst moment or at least the one that can be weaponized. Or you can start the other way round and examine all the yearbooks, looking for victims, like a sex offender scrolling through a dating app.

In a dramatic escalation, the president at Gettysburg College essentially accused one of her own trustees of anti-Semitism on the basis of a yearbook photo from 1980, depicting him wearing a swastika armband at a costume party from 1980 that had a Hogan's Heroes theme. The yearbook photo (which had been sitting in a basement in the student union collecting dust) was dug out by a student, taken to a professor, and prosecuted by the administration. As at Dickinson, the whole campus mobilized to scapegoat and ridicule the selected human victim. Of course, this is also a stunning act of institutional self-destruction, and a vivid argument to the world that it shouldn’t send any money to Gettysburg College. You may never live it down.

Believe it or not, the justification of this sort of thing on campus is that we’re trying to create a safe space where everyone can learn together. The means are so obviously destructive that I would’ve thought this is an impossible confusion to enter into. Everyone’s lying in wait for everyone else. Everyone’s "listening," each of us hoping that someone says the wrong thing, something that can be used, something that can destroy. We all appear to hate one another, really. And we’re producing a culture in which learning is the last thing on anyone's mind.

The point of the whole miserable slog is to produce an ideologically uniform academy, to extrude any apparently reactionary elements. And then what racism or sexism or homophobia mean on campus now is just supposedly bad pictures or wrong words. The academy is operating on the theory that representations create reality, and that we live in stories, that pictures are the center of racist violence, and so on. This is a magical belief system that’s so baldly false and is arrived at by such fallacious or disingenuous reasoning that refuting it is almost otiose. But it’s the consensus on campus, and it immediately entails that the war is going to be over things like snapshots. The most that can be achieved by such means is cuter, though blander, snapshots.

We could spend the next few decades (as I’ve spent the last few decades) arguing about the relation of representations to reality. And I could spend the next few columns outraged and futilely demanding that my colleagues defend their half-baked, half-assed metaphysics. But what I really want to say is that once I work through the anger for a bit, the whole thing makes me sad. Even saying that we should try to stop destroying one another and start pulling together is liable to brand me as a racist, sexist, anti-Semitic homophobe.

The sheer hatred circulating on campuses, the willingness or eagerness to destroy, the enforcement of a uniform ideology by almost everyone: it all makes education next to impossible, or a little bit less possible each year. As I lecture or lead a discussion, I’m watching every word. I’m not sure when I'm being recorded. Nobody has any idea what anyone's views are about anything; everyone’s operating within a constrained and simulated consensus. We're not really speaking; we're trying to constrain everybody by destroying a few, with the proviso that no one knows who's next. We are the opposite of what we say we are.

At Gettysburg, the culture of ambush presents an existential threat; how in the world are you going to raise money while you're viciously attacking your own trustees for the most trivial or invented transgressions? But I think this is likely to fuel the decline of many colleges. If I were a high school senior, I’d hesitate to apply to or attend college where a slight political deviation or imaginary misstep could wind me up as an emblem of bigotry, in a pillory on the quad. If I were a parent, I'd hesitate to send my kid there, particularly if he or she had any non-standard opinions. If I were a hotshot candidate for a tenure-track job, I'd want some assurance that the administration and everyone else isn't going to examine my whole life. If I were a donor, I'd go for Doctors Without Borders; the personal risk of donating to PCU is too great, and it’s difficult to think that such institutions deserve support.

Meanwhile, living in this ever-shifting landscape of furious purity and universal suspicion a melancholy hassle. I'd rather study and teach philosophy, but that's not what colleges are worried about anymore. Too busy with hunting season.