Conceit on the Left? A Liberal’s Point of View

My feelings of exclusion amidst the expectation of inclusion from 20 years ago are explained in Amy Chua's Political Tribes. 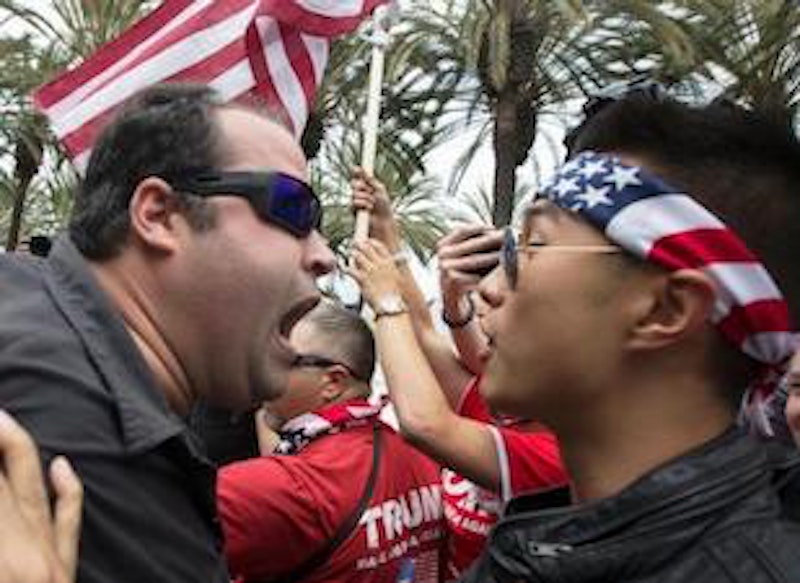 To the dismay of my conservative family, I moved to the Bay Area in the mid-1990s. I'd just graduated with my bachelor's degree in communication and writing from the University of California, San Diego; I wanted to experience a little more of life. Though not seeing myself as particularly political, I was unprepared for the culture shock of the left-leaning microcosm.

My first writing job out of college was an internship with a feminist magazine based in San Francisco. It exposed me to lifestyles I'd never considered growing up in Orange Country, California. For example, one of my co-workers was a divorced lesbian. Another woman was in a committed relationship with a man, but preferred women. Though the staff was almost exclusively white, we worked to include minority voices, featuring Native-American artists, and women working in typically male-dominated fields like automotive repair.

In addition to the magazine, I waited tables at a high-end restaurant. I interacted with many people of such variable identities it's impossible to list. Through this kaleidoscope of options I hoped to discover the truth about myself.

I'd left Southern California because I couldn't compete. I was neither beautiful nor rich enough. I was also not aspirational enough to want to become either. Instead, I fled the plastic-feeling conceit of the south to embrace the liberal, freeing acceptance of the north. But that wasn't what I found.

A white, middle-class, college-educated woman raised in one of the most conservative enclaves of California often put her foot in her mouth in the midst of such diverse audiences. I didn't listen to the right music, proclaim the right politics, or understand the varied dimensions of oppression active in Western society. My peers often turned their noses up at social convention. Many accepted all and demonized none on the basis of race, ethnicity, gender, or sexual orientation. But they did eschew conservative values, the ones I'd grown up with.

Instead of truly demonizing none, many of my peers in Northern California disdained conservatives. Having the most liberal, the most anti-establishment politics was the ticket to in-crowd status. While believing itself open and accepting, the 90s Northern California I experienced was like any other group with insiders and outsiders.

My feelings of exclusion amidst the expectation of inclusion from 20 years ago are explained in Amy Chua's 2018 book, Political Tribes. Perhaps more importantly, I also see my current experience reflected there. And I don't like what I see.

Chua aims to explain the continual failures of foreign and domestic policy to account for the deep affinity we have for our group identities and the danger this poses. "Humans," she writes, "are tribal. We need to belong to groups. We crave bonds and attachments, which is why we love clubs, teams, fraternities, family." But, she cautions, "…identities can become oddly bound to [the group]."

With an academic's knack for allowing the data to speak for itself, Chua addresses the failures of both sides. Both the right and the left are to blame for the present division and the rise of extreme ideologies. No one gets a pass.

Moreover, as I read the book I thought of a verse from the Bible. Matthew 7:3-5 (NIV) reads, "You hypocrite, first take the plank out of your own eye, and then you will see clearly to remove the speck from your brother's eye." Though I’m not a practicing Christian, the wisdom here is inescapable. Before I condemn the failures of the other side, I must first look to my own faults.

I’m a centrist liberal. I mostly agree with the statements Geoffrey R. Stone makes in his article on "Liberal Values" (updated in May of 2011). But what I failed to recognize was how much I’d succumbed to the same type of elitism I'd bristled under all those years ago in Berkeley.

For example, I found in Chua's book a laundry list of behaviors liberal elites embody that contribute to the alienation of other Americans. Here's a partial list of the ones I'm guilty of:

• Protest as self-validation: Chua quotes a South Carolinian student who says, "When elites protest on behalf of us poor people, it's not just that we see them as unhelpful; it seems they are turning us, many of whom have a great deal of pride, into the next 'meme'. We don't like being used as a prop for someone else's self-validation."

• Judgment and disdain: "America's elites today, especially progressive ones, often don't realize how judgmental they are. They disdain tacky things, and not coincidentally, those tacky things—fake tans, big hair, pro wrestling, chrome bull testicles hanging from the back of a big truck are usually associated with lower-income Americans."

• Exclusionary tribalism: "But what these elites don't see is how tribal their cosmopolitanism is. For well-educated, well-traveled Americans, cosmopolitanism is its own highly exclusionary clan, with clear out-group members and bogeymen—in this case, the flag-waving bumpkin."

• Romanticizing the poor: "There is nothing more tribal than elite disdain for the provincial, the plebeian, the patriotic. Without taking anything away from their important contributions across the globe, U.S. elites often seem to have more compassion for the world's poor than America's poor, perhaps because the former are easier to romanticize."

As I read Chua's book, I couldn’t ignore my own hypocrisy. I couldn’t ignore that I’m apt to sit at an expensive dinner discussing, with like-minded friends, the problems of poverty and inequality. But I’m much less likely to talk to the people experiencing poverty and inequality. I'm reminded of the fact that I share a religious tradition, and even common ancestry with many of America's non-elites.

But I don't share much of what Chua calls the "taste, sensibilities, and values" of the white working class. "The tribal instinct," she writes, "is all about identification…" President Trump was elected, according to Chua, by a base that identifies with him on a "gut level." They see themselves in the "way he talks (locker room), dresses, shoots from the hip, gets caught making mistakes, and gets attacked over and over by the liberal media for not being politically correct, for not being feminist enough, for not reading enough books. His enemies, they feel, are their enemies.”

Enemies. That's a scary word. People from my grandfather's rural hometown in Ohio—people I share blood with—may see me as an enemy.I don't appreciate locker room talk. And I think political correctness insofar as it speaks to social justice and equality matters. Social justice issues, like gender and racial inequality, take a toll on all of us. And many sources, including the World Economic Forum, point out that injustice is costly to the economy.

Justice Ruth Bader Ginsburg knows this better than most. She’s fought inequality throughout her career, repeatedly pointing out in her legal arguments how equality under the law is a benefit not just for the group presently excluded from one privilege or another, but how society as a whole benefits. I agree. But the expanse of difference between me, and the people Chua calls "non-elites" shouldn’t be the focus of our collective attention. We shouldn’t be enemies. Instead, Chua argues, the focus should be on our identity as Americans.

I find this idea provocative. As I noted in an article in Splice Today, Attack Position: Changing the Language of Division, "Any group claiming ‘American’ for dubious purposes doesn’t help build unity, peace, or prosperity. These messages convince no one on the ‘other side,’ but do reinforce a subtle ‘us’ versus ‘them’ mentality." We need to remember the definitions of Americanism are broader and more inclusive than our present politics seem to suggest. Embrace the tacky. Embrace the sublime. The trick is to stop making value judgments on why one is better than the other.

"The problem," Israeli history professor and bestselling author Yuval Noah Harari writes in his 2018 book 21 Lessons for the 21st Century, "starts when benign patriotism morphs into chauvinistic ultra-nationalism. Instead of believing that my nation is unique—which is true of all nations—I might begin feeling that my nation is supreme, that I owe it my entire loyalty, and that I have no significant obligations to anyone else."

Harari, like Chua, warns against making assumptions about how powerful ideologies can be, and how damaging. We need them, but must be wary of them too. Tolerance for differences would be a good start. Fighting not each other, but foreach other to achieve equal treatment under the law is another positive step.

Americans have this central notion: We can be whatever we need or want to be. We can love whatever (or whoever) we want to love. Our job as participants in a democracy is to respect the right of others to do what feels right and best to them within the confines of a fair and equitably applied system of law. And we must continue to clear the path to equal treatment under the law, as Justice Ginsburg champions. Only through equal treatment can we each pursue our own version of life, liberty and the pursuit of happiness.

From my years in both very liberal and very conservative places, I know the truth is in the middle. It’s all of us deciding the most important question isn't, "Who is persecuting me?" But rather, "How might I help others feel less persecuted?"

Harari offers this advice: "The first step is to tone down the prophecies of doom, and switch from panic mode to bewilderment. Panic is a form of hubris. It comes from the smug feeling that I know exactly where the world is heading—down. Bewilderment is more humble, and therefore more clear-sighted. If you feel like running down the street crying ‘The apocalypse is upon us!’ try telling yourself ‘No, it’s not that. Truth is, I just don’t understand what’s going on in the world.'"

Instead of making value judgments on what others should like, or whom they should love, or how they should think, what if we instead looked at ourselves? What if we built within ourselves a tolerance for difference? What if we embraced bewilderment instead of smugness?

If we must fight, let us fight the oppressor resident between our ears. The miraculous human brain and the sum total of our experiences is both the source of our pain and our salvation. Fight it, not each other.