Hangin' on the Telephone 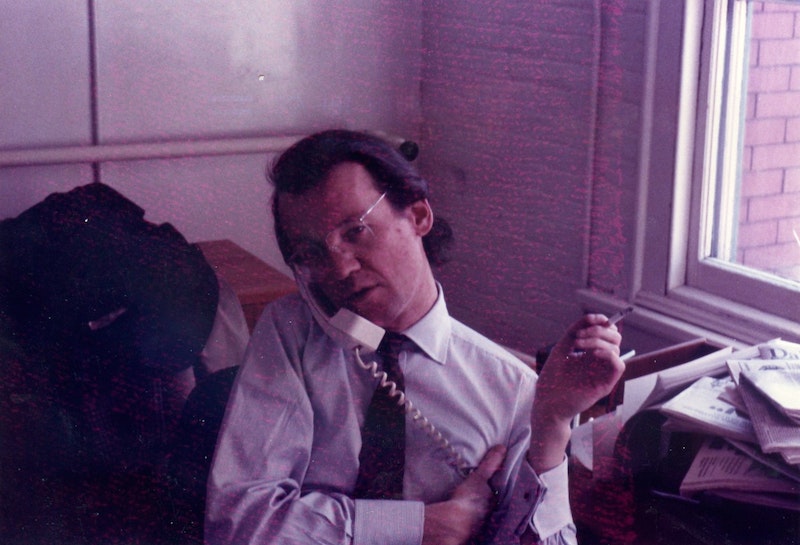 Tom Scocca, now editor of Hmm Daily, is one of the few smart and thoughtful journalists who remain in what his lazy media counterparts call “the national conversation.” I don’t always agree with him—he’s decidedly left-wing—but that’s part of the pleasure of “consuming” a Scocca story, much like the work of Thomas Frank (where he’s vanished to I’ve no idea). In today’s political/pop culture hysteria it’s difficult to respect someone whose views oppose your own—Dana Milbank, Jonathan Chait, Charles Pierce, Jennifer Rubin, Paul Krugman, Ezra Klein, and hundreds of other autopilot Big Thinkers are worthless—so I appreciate Scocca’s coherence. He grew up in Baltimore, near Memorial Stadium, and his reminiscences of rooting for the home team would make a fine book.

Anyway, on Feb. 13, he wrote a short article about the death of the phone call. Scocca, 47, begins: “When was the last time you had a decent phone conversation, on a phone call? When did you stop trying? In a span of less than 20 years, the habit of talking to people on the phone has been more or less eradicated.” He’s right, and though left unsaid, the daily routine of reading a daily paper, in print, falls into the same abyss. Part of the problem, he writes, is the number of calls from “robots,” who are “trying to scare you about your credit card score” and the like. That’s one reason I never use our landline at home; at the Splice Today office, we don’t even have a phone system. Scocca’s too polite to note that people under 30, who grew up using cell phones and texting, are often hesitant to actually call someone, preferring a text, online maneuvers or even an email to clear up a bill or order food. No personal interaction!

As an older man who grew up in the era of trunk lines, my mother spent hours on the phone gabbing with neighbors and friends, and I put off homework as a teen by talking to friends I’d seen just hours earlier. But I do remember the last time I had a “decent phone conversation.” It was last night, a half-hour speaking to my younger son, who lives and works in midtown Manhattan. And I speak regularly with my brothers, lengthily, even if Scocca’s correct that the interruptions that come with a cell are irritating, like the line going dead, or losing service when one of them is riding through the Holland Tunnel or is overseas in an out-of-the-way location.

A generation ago, as Scocca notes, a large part of the workday was spent on the telephone, a lot of it business, preceded by five or 10 minutes of schmooze—family, sports news, politics and the like—to loosen tongues. (The picture here is typical of my routine at the Puck Building in the 1990s, when, you might notice, everyday-is-casual-day hadn’t yet caught on.) And, as I wrote above, the very early part of the day was spent reading the papers: in my own case in the 90s, Wednesday was a bonanza, for not only did my own New York Press hit the streets, but so did The Village Voice, Time Out and lesser competition, in addition to fatter editions of the Times, Journal and the tabloids. I’d guess that that time is now spent scouring—sometimes enjoyably, often not—social media like Twitter or whatever your choice of poison happens to be.

The person I spoke to most often, even in this century, was my brother Jeff, who passed away in 2012. He travelled a lot, so he’d kill time at airports on the horn, and was a world-champion gabber, whether it was about business, movies, upcoming vacations, family news, various elections, or our friendly sniping at each other about the Red Sox (my team) and Yankees (his). Hardly a week goes by when I see something in the paper, or an event breaks online, that I don’t, just for a couple of seconds reach for my cell to call him.

I know that we’d have a jamboree of conversations about Trump (an economic conservative, he’d have sat out the 2016 election) and his latest performance-artist-as-president routine. As someone who relished the “theater” of current events, Jeff would’ve howled at Trump’s “national emergency” speech/press conference last week. (As it happened, my son Nicky and I listened to it at work and couldn’t stop laughing at the non-stop absurdity.)

I’ve no clue who’ll prevail on Election Day next year—and, as in 2016, won’t support either Trump (unless the aging Bill Weld, 73 but worse for wear, pulls off a miracle and upends the President in the primaries) or the Democratic nominee—but the drawn-out traveling travesty might even beat the Watergate hearings for pure entertainment. I have zero patience for the Trump hysterics who claim he’s presiding over the most dangerous era in American history, ignoring the lack of an active war, economic crisis (for now) or the kind of riots that pulverized cities in the 1960s.

The ubiquitous polls say Trump’s in trouble, and that may be. But as I’ve written before, the media cognoscenti still ignore the significance of Trump not playing by any “normal” Beltway rules. His press conference, intentionally or not, could’ve been a sitcom. Trump with his mock Chinese accent, saying the book huckster Ann Coulter was “off the reservation” (take that, Elizabeth Warren), talking about going all Singapore with a death penalty for drug dealers, bleating and bleating about his stupid and anti-American Wall, breaking into a sing-song voice, telling a reporter he asked a “fake question,” and garbling so many facts that the think tanks couldn’t keep up, was a show that no Hollywood writer could even conceive of. I’ve often thought that Barack Obama would make an outstanding late-night TV show host—a modern-day Dick Cavett—but Trump’s rapid-fire, often unintelligible performance last week was brilliant, in a debased 21st-century manner.

I don’t mean to be flip about the state of the nation—I’d prefer a Republican with libertarian leanings in the Oval Office—but you take what’s on offer, and a Trump/Bernie bake-off sounds pretty good right now.