Ban and bury every senior citizen in government (except Bernie). 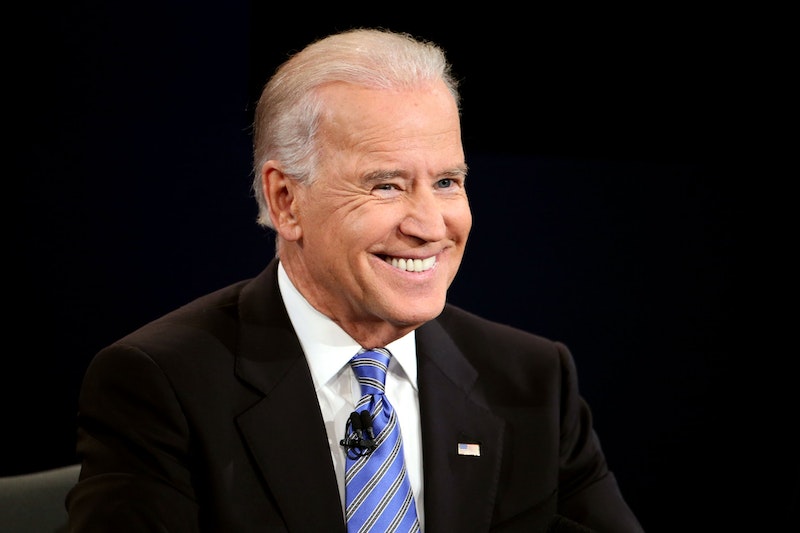 Ever since the Covington Catholic controversy, I’ve stopped watching, looking at, reading about, and considering any viral political video. I can feel my brain swelling against my skull every time I hear something like, “Well, if you watch the whole video…” or “How could a sitting senator talk to children like that?” Diane Feinstein, first of all, is too old. Retire, immediately. Dirt nap. No more roses for disconnected octogenarians. Bernie doesn’t count because he has the energy, enthusiasm and engagement of a 20-year-old, and doesn’t speak in bureaucratic riddles or lofty but empty rhetoric. He’s got a one-track mind. He can stay. Throw everyone else out with the bathwater and saucy combs. Amy Klobuchar sounds cool: I think more politicians should throw binders at their employees. Improves character, I’ve heard (from my Rooster colleagues).

Using children to push a political agenda is always reprehensible, even if I agree with what they’re saying (or what their sociopathic parents coached them to say under threat of a whip from the strap). I don’t care if the kids begged their parents or their teachers to go to Feinstein’s office with their oh so wittle signs and slogans, readymade for a layup on Twitter. It blows my mind that millions of people will alternately wail in despair about our “hell world” only amplified by social media and then play right into the hand of both pro- and anti-Feinstein psychos by engaging at all with a video like that. It’s activism as entertainment, a combination so morally repugnant it negates whatever statement the parents of the kids were trying to make. Of course Feinstein was an asshole to them, what did you expect? She wasn’t about to dance a jig and buy a Prius with cold hard cash.

People like Maureen Dowd shouldn’t be allowed to publish anything in The New York Times. This is a woman who’s personal friends with the Clintons, the Bushes, and apparently the Obamas and the Bidens. She has no place at the Times and her latest blowjob is another disgrace and disqualifier for the already hobbled forever-to-be potential president Biden. “Uncle Joe’s Family Web” is tabloid trash, though of course Dowd aspires to something higher, writing that The Daily Mail “screeched” about Kathleen and Hunter Biden’s divorce. I can’t fucking wait until all of these people die. Though we’ll have to endure the pomp and circumstance, thoughts and prayers, so many pudgy nothings holding their hands to their hearts and crying single tears on the mall in DC. Biden would get nowhere in 2020, and the opposition on all sides surely already has highlights of the Anita Hill hearings ready to go. Dowd’s column is nothing more than gossip, “respectable” only in light of Trump’s ceaselessly repulsive behavior and comments.

Too many centrists and liberals are drunk on the rotten manna of “respectability” and meaningless buzzwords like “honor,” “dignity,” or that awful adjective “presidential.” Trump was right, he’s “modern day presidential”: stupid, rude, and mean. That is the state of our union, and no one, not even my colleague Noah Berlatsky (bizarrely defending the defenestrated Jussie Smollett on Twitter yesterday), would disagree. As my brother often says, “I’d push the button twice.” Good thing we’re nowhere near the White House, or whatever compound Dowd goes to incubate when she’s not gadflying about at chi-chi soirees. I’d never threaten or initiate violence against anyone, but hey, I might bring a sign and stand by their gated communities and make one of my poor wittle wooster fwends scream and spur claw their perfectly manicured lawns. We could all get a little play out of that. I won’t lie; a little free something would be nice. Follow me on Twitter and Instagram. End transmission.