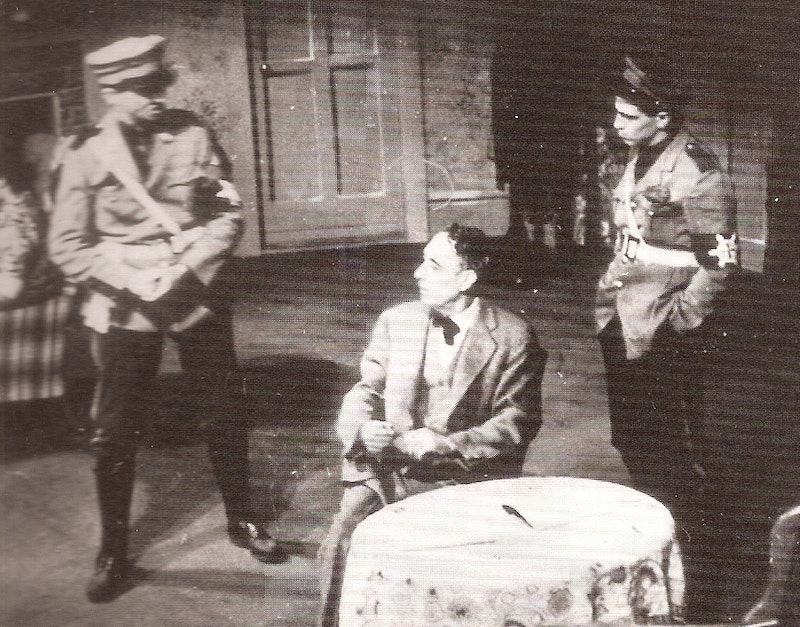 I was not a cockroach when I awoke this morning. My name is not Gregor Samsa, but I live submerged deep within a Kafkaesque world. In fact, the world I live in seems to be more darkly tinged than that in which the average brainwashed American resides, the one filled with Dancing with The Stars, Ice-T, Coco and the Kardashians.

The play we’re in is by Kafka, the stage scenery is painted by Salvador Dali and Durer with a bit of Picasso thrown in for psychic distraction. If “all the world is a stage” and we’re but mere players, we are all clearly acting out a socioeconomic and geopolitical tragedy under the heat drenching spotlights in the Theatre Of The Absurd, TOTA for short.

I am not a moral or ethical relativist, nor am I a social, economic or political relativist. Though I am educated in concepts of quantum uncertainty, duality and the reality/consciousness enigma, I believe in truth and a Manichean division between right and wrong, evil and goodness. Human nature at the individual level is prone to selfishness, avarice, hubris, lying, cheating and other aggressive behavior, socially frowned upon but rewarded all the same not only temporally but in the evolution of the species.

The big egos, the unrestrained libidinous appetites, the self-delusional Ubermensch rise to leadership positions in every aspect of life’s collective endeavor. These are our leaders in business and politics today, but they have always been so. The difference today is that we have allowed the restraints of law, religion and culturally accepted ethics put in place to check these somewhat amoral, competitive men and women, to wither away under an absurd, self-destructive leftist, liberal fantasy of self-delusion. Human nature untamed is ultimately self-destructive. We have survived as a species because of these altruistic, civic-minded human traits that require the moral and ethical governance of religion, tradition and unifying myths. In modern times, they also require the rule of law.

I am reminded of the old story of the scorpion and the frog. A scorpion asks a frog to ferry it across a stream. The frog at first refuses, saying that it fears the scorpion will sting it. The scorpion assures the frog it will do no such thing. After all, it says, we will both perish if I sting you. The frog consents, and halfway across the stream the scorpion stings it. “Why did you do that?” the frog asks as they both sink beneath the surface. “It is my nature,” the scorpion explains.

Thus it is, thus it will always be.

That’s separate to what’s happening to our nation, our freedoms, to everything that made America as good as it gets, which was unfortunately not as good as most think, from the focus on economic issues of debt, stimulus, the Fed, Wall Street and the rest of what’s on the front burners of the MSM. Unfortunately, awareness may not change things, but being blind, dumb and docile will most certainly not. Sinclair Lewis wrote a terrific book in 1935 after his usual subjects of the mundane, middle class America of the roaring 20s were decimated after 1929. It was titled It Can’t Happen Here, and though not one of his best efforts from a stylistic perspective, it’s worth picking up a copy.

More people have died from falling furniture in their homes over the past 10 years than died in the 9/11 attacks. Many more than this have died of food poisoning and 100 times more have died on our nation’s highways over the same period. And yet none of these deaths are responsible for the destruction of our freedoms or for the creation of the most powerful police state in history.

Homeland Security Research Council’s newest report is the most comprehensive review of U.S. Homeland Security & Homeland Defense available today. With more than 890 pages, 420 tables and 460 figures, the report covers more than 450 sub-markets. It offers for each sub-market 2009-2010 data, funding and market size, as well as 2011-2014 forecasts and analysis. This report provides essential intelligence on approximately 40 percent of the global HLS-HLD market. U.S. HLS-HLD (i.e. federal, state, local governments, and the private sector) funding will grow from $184 billion in 2011 to $205 billion by 2014—from zero in 2000.

If you believe the bull in the papers or on TV or words from any MSM outlets you’re living in a fantasyland. You’re fed propaganda and blatant lies—Iraq, Libya, Iran to the state of the economy—the truth is deep under the surface, much of it we will never know.