Sometimes you just have to pick which hole you fall into. 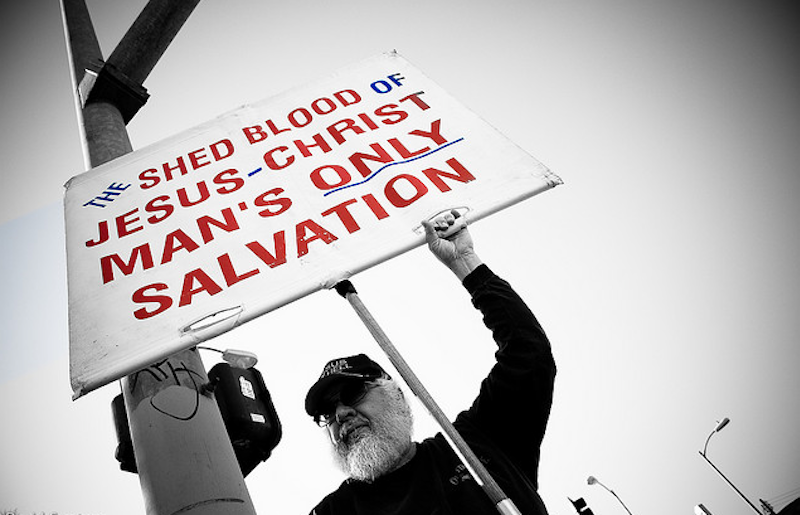 People are wondering who'll go on the Republican ticket's bottom half. It's always like this in the spring of an election year. The nomination is a lock, but the convention is months away. The game has suddenly stopped and we're in for a lot of halftime. People in the stands pick over their baseball cards. “Rob Portman?” they say to each other. “Have I heard of him?” They Google pictures of Susana Martinez on their laptops. Then they write articles like “2012 Veepstakes” and “Mitt Romney’s Top Five Vice President Options.”

I have my pick, and I read that he's way down in the lists. It's Mike Huckabee, the former governor of Arkansas and current Fox TV host. To me the logic is obvious. Huckabee is the biggest evangelical politician who is not also a laughingstock (Sarah Palin). He ran Arkansas for nine years and lasted several rounds in the 2008 presidential primaries. The Republicans like to nominate elders instead of looking for a fresh stick of gum. Huckabee managed to become an elder, pretty much, while having nothing to do with George W. Bush or Tom DeLay. He was off in Little Rock during the Bad Eight Years.

People will bring up the “Romney looks like the guy who fires you” quote. Okay, Huckabee will have an answer. He's sharp that way. People may also bring up extreme Huckabee quotes on the Middle East or various threats to the family. But Mitt Romney needs the votes of people who agree with such statements. The Evangelicals are supposed to be warming up to Romney. We'll see; not a whole lot of voters have liked Romney more as they have come to know him. My guess: If he wants Evangelicals to turn out, Romney must rope an Evangelical to his side. At least Huckabee has a chance at talking centrists around and taking the curse off his views. He and Jon Stewart could have a fraught exchange.

Best of all, Huckabee is untainted by the GOP's recent attempt at running the country. Sometimes you just have to pick which hole you fall into. Yes, Huckabee will get the ticket embroiled in crap about “Adam and Steve” and kicking the Palestinians out of the West Bank. But there'll be nothing about the party's time in power. No wonder Condoleezza Rice and Mitch Daniels took themselves out of consideration last month. Daniels was Bush's budget director when the surplus turned into a deficit. Rice, of course, is the “mushroom cloud” lady. Personally, I'd love to revisit the WMD debate and the Republican record on Iraq. But I'm a Democrat.

Huckabee is smart and can be a good attack dog, but he knows how to keep them laughing. And he looks and sounds like a number two, like a peppy, bouncy man working for a swell boss. I bet he wouldn't threaten Romney or make him feel ill at ease. Maybe Huck won't lose weight in time, or Born-Again focus groups will veto seeing a believer play second banana to an alleged non-Christian. But remember that he isn't being mentioned when reporters write up vice presidential possibilities. That has to improve the odds.

A quarter century of failure. “Mitt Romney’s Top Five Vice President Options” makes this point in passing: “The GOP nominee could be someone totally out of the blue, just as Palin was four years ago, and Dick Cheney and Jack Kemp were before that.” Those are all the GOP vice presidential candidates since Dan Quayle. Assuming the sentence is right, no “Who Will He Pick?” article in 24 years has guessed right about a Republican ticket. None has come close.

Then why have the articles? VP speculation is built around two small pleasures. First, there's the review of names and faces—so that's Rob Portman. Second, there's the fun of working simple rules, in this case ticket balancing. Every four years people can shuffle through the faces and try out ideas: “She would check many boxes for Romney, including the need to court women and Latinos,” or “comes from the crucial swing state of Ohio.”

Somebody who wanted to predict Romney's choice might take a look at his career. He's been running one organization or another for almost 30 years. What sort of people has he tapped? But the VP articles don't take that route. They ask this: Given Romney's political profile (rich, Mormon, establishment but not DC) and situation (long primary, divided party), what names would work for him out of the usual cast of suspects?

Normally, reporters get too caught up in politicians' personalities, or so I read on liberal blogs. If President Obama’s polls are down, reporters say it's because he's professorial; they don't take a step back and factor the unemployment rate into the situation. But now, when thinking over the VP pick, the press sends its pattern into reverse. In a story about a candidate's choice, the candidate is replaced by a cluster of data points. The reporters then scan the political landscape for match-ups with the Romney data cluster. Or, to put things more simply, they keep turning over their baseball cards and reading the stats. It's an abstract way to go but saves energy.