The SPLC says yes, but fails to make its case. 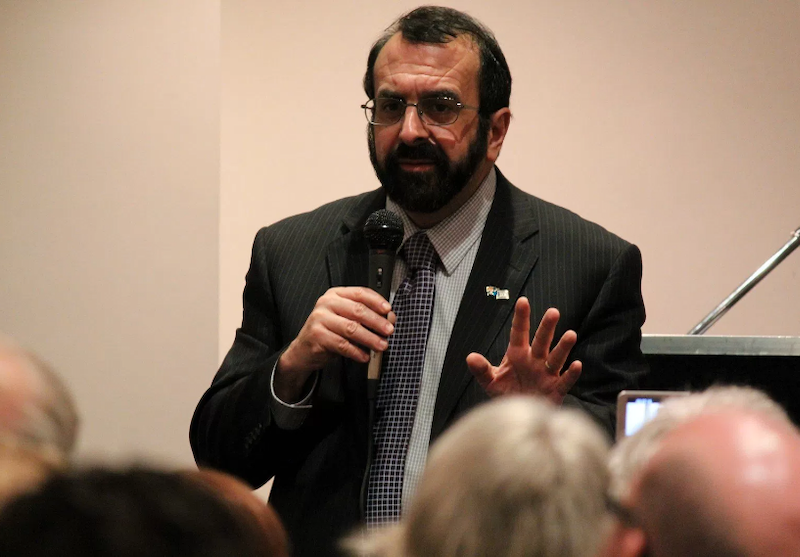 Robert Spencer, founder of the website Jihad Watch, is no fan of Islam, and is obsessed with the topic. The advocacy journalist has dedicated his life to exposing the religion's excesses, which has made him a target. Criticizing Islam breaks a modern taboo. That fashionable secular religion known as Diversity tells us that getting along with each other trumps all, so frankness on certain issues is to be avoided for the greater good. Diversity is our strength, we're reminded, and opinions that make some uncomfortable weaken unity and must be suppressed.

The Muslim world’s capacity for self-reflection and tolerance of religious criticism is limited when compared to the Western world’s. Islam’s not receptive to honest assessments of its practices, values, and doctrines—which are often in direct conflict with the norms of Western civilization—and it's considered bad form on the political left, which has fully embraced the religion, to candidly air one’s reservations about discrimination against women and gays, and Sharia law. Christians, used to the more open Western culture, are expected to handle criticism in a more mature way than those hailing from less advanced areas of the world, so unloading on their religion is considered fair game. This is the double standard that’s been established.

The Alabama-based Southern Poverty Law Center (SPLC) has had considerable success in establishing itself as the sole arbiter of what’s allowed and what's suppressed on the road to the Diversity Utopia. When it singles out groups like the KKK and Stormfront as hateful extremists, it's on solid ground, but the organization flounders when attempting to evaluate the grayer areas, where it tends to conflate frankness with hatred. When, in 2016, the SPLC named British Islam reformer Maajid Nawaz and Somalia-born ex-Muslim Ayaan Hirsi Ali, another vocal opponent of Islam’s excesses, as anti-Muslim extremists, it provoked a backlash from the non-regressive portion of the Left, while the regressives accepted it at face value. Robert Spencer’s inclusion on that same list of haters, however, hasn’t produced the same level of outrage. Could it be then that he belongs on it?

Inclusion on the list is sufficient evidence of evil intent for the many SPLC devotees who haven't caught on to the fact that the once impeccable anti-racism organization has lost its moral purchase. None of the alleged anti-Muslim extremists have been given a chance to defend themselves, and the cases against them that the SPLC makes on its website often don't hold up to anything more than perfunctory scrutiny. Nawaz is now in the process of suing the SPLC for defamation.

The SPLC begins its case against Spencer with an admission that he's written a dozen books and is often considered an intellectual, but tempers this with the caveat that the author, who received an M.A. in 1986 in religious studies from the University of North Carolina at Chapel Hill, is entirely self-taught in the study of Islam. Spencer, says the SPLC, is also prone to “extravagant, and often provably false, claims that characterize most Muslim-bashers.” The Jihad Watch founder has stated explicitly that he doesn't think most Muslims are extremists and that his criticisms of the religion are not directed at individual Muslims. On Jihad Watch, he's written, “Anyone who targets innocent Muslims in the USA is not only evil, but is playing into the hands of the jihadists who are trying to fan the flames of anti-American hatred.” The SPLC makes no mention of this.

The SPLC provides nothing concrete to justify its claim that Spencer is anti-Muslim. It’s conflating criticism of a religion with hating its observers. Yes, he said that “traditional Islam is not moderate or peaceful,” but it's true. Muhammad was a warlord, not a man of peace, and his message to non-Muslims was that they could have peace, but only if they submitted to Islam. Historically, when non-believers have wanted to live in Muslim nations, they were forced to pay a tax known as “jizya.” There's nothing moderate or peaceful about that, but that's “traditional Islam.” More moderate, updated forms of the religion, as you'll often find in the United States, are more peace-oriented and less literal in their interpretation of the Qur’an.

The rest of the SPLC case against Spencer is equally lukewarm. It's mostly a collection of quotes taken out of context, a reliable smear tactic. It's as if the SPLC knows its audience doesn't require anything rigorous, so it just goes through the motions. For example, Spencer has said that Barack Obama was “the first Muslim president.” They also said Bill Clinton was the first black president, which referred to his advocacy for the rights of black Americans rather than the actual color of his skin. Similarly, as Spencer has explained, he says this about Obama because any decision he made while in office involving Islam inevitably ended up favoring Islam. Ludicrously, the ex-president once said, “Terrorism has less to do with Islam than any other religion.”

Also included in the SPLC dossier against Spencer is that fact that he was banned in 2013 from entering the United Kingdom for at least three years because his views “foster hatred which might lead to inter-community violence.” The reality is that the U.K. has a serious problem with the sort of Muslim extremism that Spencer speaks out against, while also focusing on inter-community relations to the detriment of individual citizens’ lives. At this time, there are 23,000 jihadists in London, but the city has the capacity to monitor only 3,000. There are also plenty more ideological Muslims who wouldn't resort to violence, but would support the attacks. From 1997 to 2013, in the northern city of Rotherham, England, there was an almost unchallenged organized sexual exploitation by British Pakistani Muslims targeting 1,400 non-Muslim girls, some of them as young as 11. People charged with protecting the welfare of minors were too afraid of being called racists and Islamophobes to do anything about it. The children were gang-raped, sometimes tortured, and trafficked to other cities while adults in positions of responsibility looked the other way.

There's no reason to give any credence to the U.K.’s banning of Spencer to indicate that he's spreading anti-Muslim hate. That nation is afraid to tackle the primary problem, so it focuses on secondary issues as a distraction. Spencer's banned because the ineffectual government wants to maintain order above all—as opposed to protecting the lives of young teenage girls way below the age of consent—and it feels his opinions threaten that order. The SPLC is now at the point where it's using the lofty status it's gained over the years fighting the KKK to punish speech it finds politically unpalatable. There's no legal or generally agreed up definition of “hate group.” In the gray areas not occupied by the Klan or neo Nazis, an unwelcome opinion is often called hate for political reasons. The SPLC hasn't made a valid case that Robert Spencer doesn't occupy this space.