The word “boob” causes massive meltdown on the left. 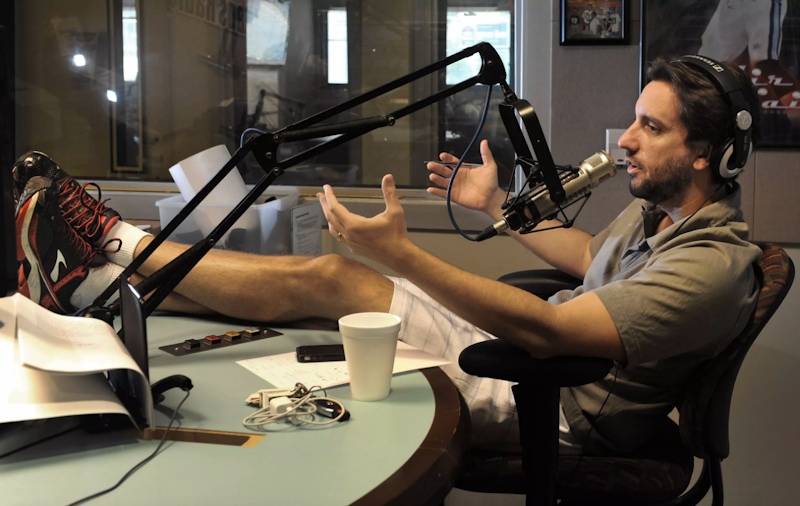 When CNN host Brooke Baldwin asked her guest Clay Travis on Friday afternoon for his thoughts on the Jemele Hill situation at ESPN, she wasn't sure she'd heard his reply correctly. “I only believe in two things completely, the First Amendment and boobs,” the sports radio host of Outkick the Show and Outkick the Coverage had replied. The host tilted her head in surprise and told him to hold on because she wanted to make sure she’d heard him correctly “as a woman,” whatever that was supposed to mean. “You said the First Amendment and ‘b-double-o-b-s’?” Baldwin primly inquired, apparently unable to get herself to say boobs.

Travis repeated deadpan that the First Amendment and boobs were the only two things that had never let him down in his life, and then went back to answering her question while Baldwin mugged for the camera, signalling a great deal of confusion. Floundering, she interrupted him, asking whether he'd said “b-o-o-d-e” or “b-o-o-b-s,” although it's not clear why he'd use a gibberish word, especially after he'd just confirmed directly to Baldwin that he'd indeed said boobs. Baldwin was rattled. “Why would you even take that on national television with a female host,” she asked him. “I say it live on the radio all the time because that’s what I do,” Travis replied. Brooks couldn't go on. “I'm done, I'm sorry, this is over,” she said. “I'm yanking mics.”

And that was it for the segment that was supposed to be about Hill’s calling Donald Trump a white supremacist on Twitter, and Trump's press secretary calling for her firing. Social media lit right up, of course. The reaction was split down the middle between the anti-Trump people, who almost universally declared that Travis (who’s never voted for a Republican) was a chauvinist pig, and the Trumpists, who love nothing more than watching liberal tears of outrage flow. In a column the day before his CNN appearance, Travis wrote: “The only two things I 100% believe in are the First Amendment and boobs,” so apparently CNN producers didn't bother reading it so they could prep their host for what to expect and how to best respond. In other words, they didn't do their jobs. The “First Amendment and boobs” phrase is one Travis drops frequently in his columns and on his radio broadcasts—it's part of his shtick. Another of his catch phrases is D-BAP—”Don't be a pussy,” which is also tailored for the backslapping bros who make up the sports talk audience.

If Baldwin was properly prepared to interact with a first-time CNN guest who specializes in outrageous, testosterone-fueled commentary and controversy, she’d have done a much more professional job of handling the awkward situation. Had Travis chosen to be serious, he would’ve had the chance to make some coherent arguments on the issue, because he's an insightful, candid commentator. Perhaps, however, he had another plan. “This is the number one trending topic in America now,” he tweeted shortly after the aborted broadcast. Soon he bragged on Twitter that speaking offers were coming in so fast after his CNN performance that he could probably retire now. Dave Rubin quickly signed him up for an appearance on his interview show The Rubin Report.

It was all part of the plan, which Brooke Baldwin unwittingly enabled. Travis says repeatedly on Outkick The Show that any publicity is good, unless it involves getting arrested. He was doing a bit of performance art on CNN, and the host wasn't on her toes enough to do anything more interesting than make a great show of taking grave personal offense and pulling the plug on the segment. That was her time to show how a tough, hard-headed female journalist handles a 38-year-old man who she thinks is talking like a frat boy and personally insulting her on her show. But she was rendered speechless and surrendered. A perfect TV moment and she whiffed.

Chris Vanderveen, an investigative journalist in Denver, tweeted this: “Dear Clay Travis. You're the father of three boys. I'm the father of a daughter. Your words are why sons grow up to harm daughters.” He'd melted down too, just like Brooke Baldwin. And people on the left wonder why they're so often laughingstocks, when they inanely overreact like this? CNN’s host of Parts Unknown, Anthony Bourdain, just said he'd poison Trump if he ever cooked for him. The liberal mayor of Seattle just resigned after the fifth allegation that he’d molested young boys came in (four didn't generate sufficient outrage), so I can't get worked up about this Clay Travis comedy routine, especially when the TV host of a news segment can't be bothered to research her guest. Bourdain was obviously joking, and Travis was saying something he'd said and written hundreds of times already. Maybe I'd have thought that what Clay Travis said was gauche and inappropriate if over-the-top indignation that followed hadnt’t just made me want to laugh at his words.