Is “Not Donald Trump” My Position?

Contemplating what it would take for me to vote for him. 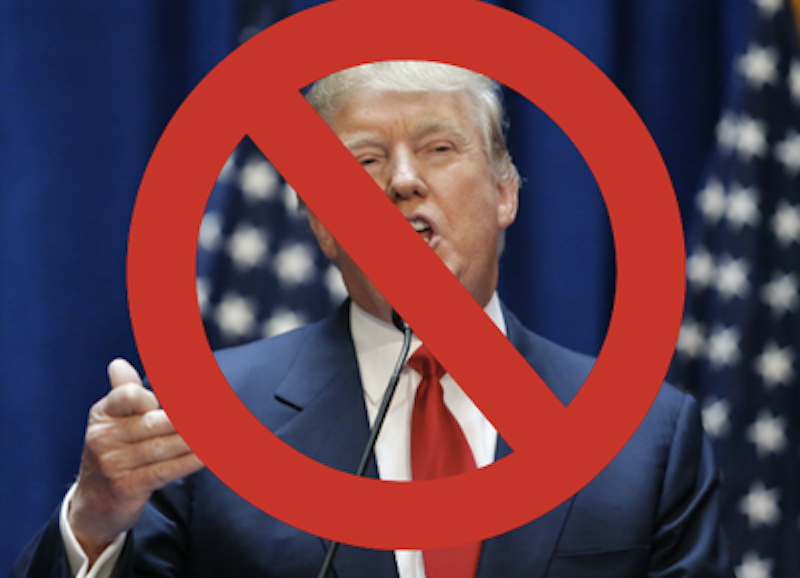 The Orlando Sentinel, a longtime Republican-leaning newspaper, just came out with an endorsement for 2020: “Not Donald Trump.” While leaving open the question of what Democrat, independent or renegade Republican the paper might end up supporting, the editorial ruled out backing the incumbent.

The editorial explained that doing so made sense, even without knowing the identity of the President’s opponent, since “there’s no point pretending we would ever recommend that readers vote for Trump.” It went on: “After 2½ years we’ve seen enough. Enough of the chaos, the division, the schoolyard insults, the self-aggrandizement, the corruption, and especially the lies.” A concise but wide-ranging summary of Trump’s failings and offenses followed.

I’m in much the same position as the Sentinel. I’ve effectively ruled out voting for Trump. But that also raises some questions. One is how many people are persuadable in this election cycle. Presumably, the Sentinel editorialized in hopes that some readers, especially in the swing state of Florida, might switch votes based on the case made. Still, it’s hard to imagine the hypothetical Trump supporter who, after all this time, reads the piece and is moved to recant.

Another question is whether one can uphold a philosophical principle: that in seeking to persuade others, you should be open to persuasion yourself. It’s a difficult standard to meet, even in the sciences, where ideas are formulated to be testable and open to revision. The scientist who debunks Bigfoot likely gives little weight to the possibility that the creature will be found behind the next tree; and wouldn’t necessarily be elated at making such a discovery.

As an exercise, I contemplated what if anything could convert me into a Trump supporter. Let’s say the President proposed a carbon tax, a policy I’ve long favored. Eight years ago, at David Frum’s website FrumForum, I sketched out how a Republican politician could make a case for such a policy in conservative, even nationalistic, terms. It’s far-fetched to imagine Trump shifting his stance on climate change to adopt such a policy now, but, if he did, I would wonder if he might be able to achieve something the Democrats could not, in a Nixon-goes-to-China way.

Yet even that dramatic turnaround wouldn’t be enough to get me to vote for Trump. I’d question what had prompted the change—whether some kind of corruption was involved—and why I should trust him to follow through on his proposal, when he’s told so many lies and shown so little consistency on policy positions. Ironically, I’d probably take him more seriously on this hypothetical carbon tax if he had actually made real progress on his signature policy—which I abhor—of building a wall.

Rick Wilson, whom I see as a Spartan King Leonidas of anti-Trumpism, aptly points out, and titled his book accordingly, that ETTD—Everything Trump Touches Dies—meaning that the president’s supporters, enablers, collaborators and allies have a way of ending up diminished, compromising whatever principles they have as well as their dignity. Along such lines, I considered what corrupting thing Trump could do to gain a shot at winning my vote.

What came to mind was that the president could use his Twitter feed to tout my book In DeWitt’s Footsteps: Seeing History on the Erie Canal. I recognize that’s not going to happen, but there would be a certain logic if it did. Trump has spoken positively about the Erie Canal, and its history as an exemplar of American greatness makes a good theme for Infrastructure Week. Some Trump supporters work hard on material they hope will get tweeted by the President, and my book is less offensive than a great deal of what his feed has featured to date.

But I’m still with the Orlando Sentinel in saying “Not Donald Trump.” I don’t like being so inflexible. During the 30-plus years I was a Republican, I occasionally voted, or gave serious thought to voting, for someone not on the party line. I’m now an independent who’s to the right of the center of gravity of the Democratic Party. I’m not confident I’m going to be happy with whoever the opposing candidate turns out to be. But I believe the country has only one direction to go from here, and that’s up.