A lot of students get college rejections, but only Kashuv gets invited on Fox News to complain about it. 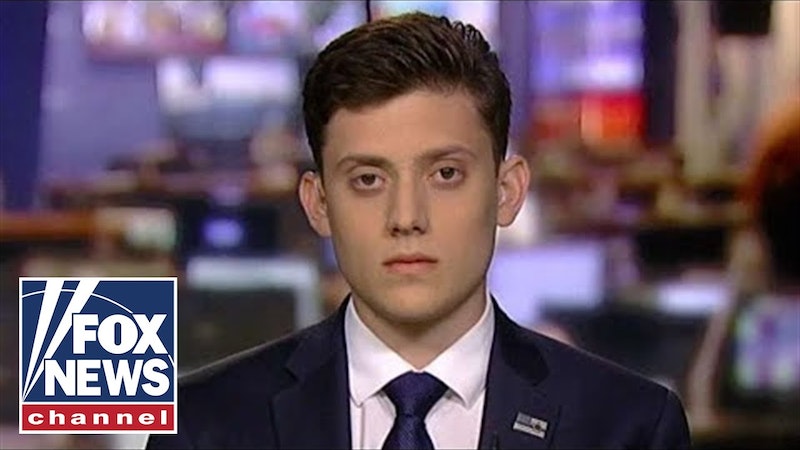 There's a single question that’s at the heart of a lot of today's debates about race, politics, and so-called "political correctness.” Should the consequences of open racial bigotry in America be greater than they currently are? Or should they be less?

I thought of that Monday, when Kyle Kashuv, a teenage conservative activist who's best known as the one survivor of the Parkland school shooting to emerge as a high-profile voice against gun control, announced that his acceptance to Harvard University was rescinded. It was reported last month that Kashuv had shared numerous racial slurs via text and a shared Google doc with classmates, when he was 16. This coincided with his resignation from his position as youth outreach director for the conservative group Turning Point USA.

Kashuv, who announced Harvard's decision in a series of tweets that included screenshots of the documentation, has since become a cause-of-the-day on the right, who see Harvard's action as emblematic of rampant political correctness and elite discrimination against conservatives. Ben Shapiro, for instance, argued that it "sets up an insane, cruel standard no one can possibly meet."

I can’t muster much outrage on Kashuv's behalf, and not only because avoiding use of the n-word is far from a "cruel standard no one can possibly meet."

Harvard rejects the majority of those who apply, usually for much less than this. And they've rescinded acceptances for this exact reason before, including ten students in 2017, although none of those had Kashuv's media profile. Don't feel bad for Kashuv. Feel good for the student who’ll get into Harvard in his place, who hasn't ever sent text messages with the n-word in them.

Meanwhile, the "he was just a kid" defense doesn't work because, well, Kashuv is just a kid now. He's 18, and the messages went out in 2017. If there were a scandal involving a 40-year-old politician who sent racist messages at age 16, I might sympathize a bit more.

College admissions are largely based on what someone did as a teenager. And besides, many of Kashuv's defenders have no qualms about trying teenagers as adults or arguing that kids younger than Kashuv who got shot by police officers had it coming. The white, conservative, suit-wearing Kashuv seems to trigger the "that could happen to my son!" urge that Trayvon Martin and Laquon McDonald never could.

If David Hogg had an extensive history of racist texts, Harvard should’ve rescinded his admission. And Virginia’s Gov. Ralph Northam should resign. Kashuv's acceptance wasn't pulled because he was "a conservative," as I imagine Harvard's incoming class includes a number of conservatives. This isn’t a First Amendment issue.

Has Kashuv "learned" and "grown" since the time of the texts? Perhaps, especially having lived through the Stoneman Douglas massacre. But he also spent much of that time working for Turning Point USA, an organization that seems to have a major racism scandal erupt roughly every four-to-six months.

Kashuv's life isn't ruined. He's likely got lifetime employment waiting for him in the conservative movement, somewhere where a history of open racism, let's say, is not frowned upon, as we can see from the President on down. A lot of students around the country get rejected from colleges. Only Kashuv gets invited on to Fox News, within hours, to complain about it.