Don't Wish for a Recession to Beat Trump

An economic downturn would be a disaster. 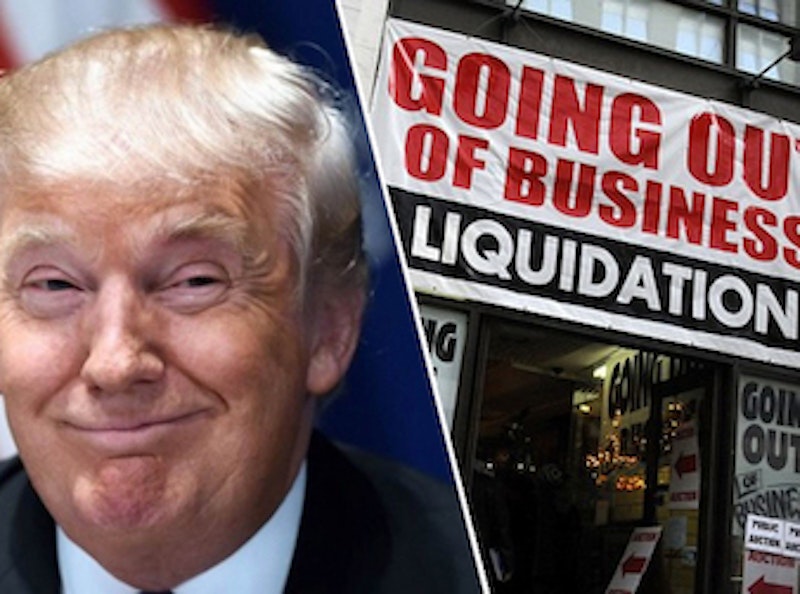 A couple of weeks ago, former Clinton Secretary of Labor Robert Reich wished for an economic downturn on Twitter. "Let recession happen," he said. "Then we’ll be rid of Trump and future economy will be stronger because he's gone."

Reich's logic is straightforward. Trump's approval has been stuck in the low 40s or worse throughout his term, despite the fact that the economy has been mostly healthy. Presidents usually lose elections when the economy is bad. If a recession hit in 2020, there's reason to believe that Trump's approval would dip significantly, perhaps into the low 30s or even 20s.

Nonetheless, I'm reluctant to root for a recession in 2020 for a simple reason. I'm pretty sure it would put me out of work, perhaps permanently.

It's true the economy has been fairly steady over the last eight years or so. But despite that, the media sector is dying. This year CNN, BuzzFeed, Verizon, Vice, and Gannett all made deep cuts; in total the economy shed about 2000 media jobs in the first six months of 2019.

My own income has fallen or stayed the same over the past five years; freelance rates fall, venues close. I get older and supposedly more valuable and experienced, but I don't make any more money. The economy is churning along, and I'm barely treading water. Freelancers are the first people cut in a recession. If we have even a mild downturn, I expect to be dropped by just about all of my clients.

Obviously my own financial disaster looms large in my fears of a recession. But writers are hardly the only ones who’d suffer in a downturn. Most people's wages have flat-lined. Workers today don't have any more purchasing power than they did 40 years ago, according to a Pew analysis. And to keep those wages where they are, American workers spend more time on the job; according to the Economic Policy Institute, white workers' hours have increased by four percent since 1979, while black workers' hours have gone up by a steep 22 percent.

Workers have to run faster to stay in place. Many aren't keeping up; a 2018 study found that 40 percent of households couldn't afford basic necessities, like rent and food. College costs continue to balloon, growing eight times faster than wages. Education is supposed to be a path for kids to gain a better life than their parents, but for working class families it's increasingly out of reach.

In an economy where so many people are teetering on the brink of ruin already, wishing for an economic downturn is like wishing for a hurricane or an earthquake. Recessions wipe out people's savings. They force people out of homes. They send them into bankruptcy. People go without desperately needed healthcare. A recession is a great wave of human misery, which hurts those least able to withstand it.

Reich talks about a recession as if it's just a small blip, which can leave us stronger afterwards. And for him perhaps that's true; he's a famous and rich man. But that's exactly the problem. The American economy's riches are funneled to the wealthy, so that even in a relatively prosperous time, most people spend their days counting pennies, trying to stagger from paycheck to paycheck, with no real prospect of ever saving anything, and with nothing put by for emergencies.

A recession isn't a political windfall. It's a human disaster. Trump's reckless trade policies and general incompetence may well lead us into a downturn. If he does, though, I won't be celebrating. Most Americans won't either.