Is it Fair For Trans Females to Compete In Women's Sports?

Writer for The Independent wouldn't mind them dominating in every sport. 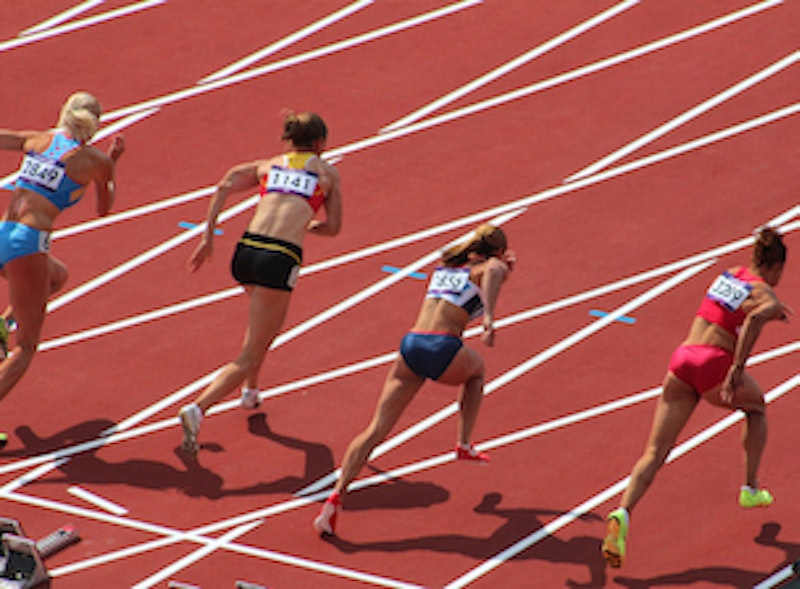 Last Saturday's controversial column on transgender women athletes was inevitable. Chief Sports Writer for The Independent, Jonathan Liew, beat everybody to the punch, arguing that he wouldn't mind if transexual women flooded women's sports and dominated them, sweeping up Grand Slam titles and the Olympics. As a justification for this radical stance, the writer cites “the power of a trans child or teenager seeing a trans athlete on the top step of the Olympic podium. In a way, it would be inspiring.” Except he’s not talking about just “a” trans athlete.

I don't think Liew's talked to many of the skeptical female athletes who are being pressured to agree with him. This column comes on the heels of another one written by tennis legend Martina Navratilova, a longtime torchbearer for the LGBT movement. The holder of 18 Grand Slam singles titles got in hot water for tweeting, “You can't just proclaim yourself as a female and be able to compete against women.” After getting dragged on Twitter, Navrotilova vowed to research the topic and address it once again. She didn't produce the expected about-face, however. On the contrary, she said that allowing transgender women (who she referred to as “men who decide to become women”) to compete in women's sports was “insane and cheating.” Her candor earned her an ejection from the board of Athlete Ally, a non-profit organization that advocates for LGBTQ inclusion and equality in sports, particularly transgender athletes. Lobbyists are working to get her banned from BBC tennis coverage.

Navratilova is a gay woman and a sports legend. Jonathan Liew's a man who writes about sports telling women how they should feel about who's allowed to compete against them. Guess which one’s considered the woke one now? Navratilova’s called transphobic and a TERF, while Liew’s the new trans hero.

Responding to people like Navratilova, who believe fairness is at stake, Liew writes, “Sports isn't fair,” and expands on that with the point that the entire world is not fair—a dopey argument, given that he's trying to prevent unfairness against transsexuals.

Liew brings up the “flimsy and poorly understood relationship between testosterone and elite performance,” but produces no supporting evidence. Testosterone increases muscle and bone mass. Once males go through puberty with normal amounts of the hormone in their system, they have a physical advantage over biological females that doesn't disappear after they've made their gender transition.

Liew’s piece is written in a tone of condescension and mockery (“They're coming! Over the Horizon they're coming! They're coming for your trophies and your endorsement contracts.”), as if people like Navratilova are in a panic over nothing. He fails to mention that this isn't an issue that male athletes will have to deal with, because trans men have had no real impact men's sports. What about the price that only women and girls have to pay to accommodate the vigorous new transgender movement? Is that fair?

Liew writes, “Sometimes we forget that there are bigger things than sport. Sport, I'm afraid, is only sport.” To someone who's trained hard for years to excel at a sport, these words ring hollow. Anyway, we all know that this is far from the truth. Sports often take on a religious importance in this country. It's even mixed with religion, as when you see football players praying on the field. Taking away our sports would render society unrecognizable.

Liew does have a valid point when he writes that sports isn’t fair because genetics isn’t fair. You can't be a sprinter without the right genes, regardless of how hard you train. Quickness is perhaps the single most valuable athletic trait, but some are just “unfairly” born with it. You could make the argument that biological males who later decide to become women aren't that much different from people born with the trait of quickness. But this argument, if carried to its logical conclusion, could be made to promote the idea of ending gender-based sports in favor of one unisex competition. As Liew writes, genetics is unfair. Some people are just lucky enough to be born males.

It's interesting—even satisfying—to see a social justice crusader like Martina Navratilova having to fend off charges that she's bigoted. The hunter's now become the hunted. When ESPN wrongly fired its tennis announcer, Doug Adler, because a few people on Twitter incorrectly thought he'd said “gorilla” when referring to Venus Williams’ tennis style, when he'd actually said “guerilla,” Navratilova made a point of speaking out against Adler, who ESPN just settled with in the wrongful termination lawsuit he brought against the network. I'm sure she feels wronged now. I have no sympathy for Navratilova.