The Politics of Petulance Skewers an Immature American Society 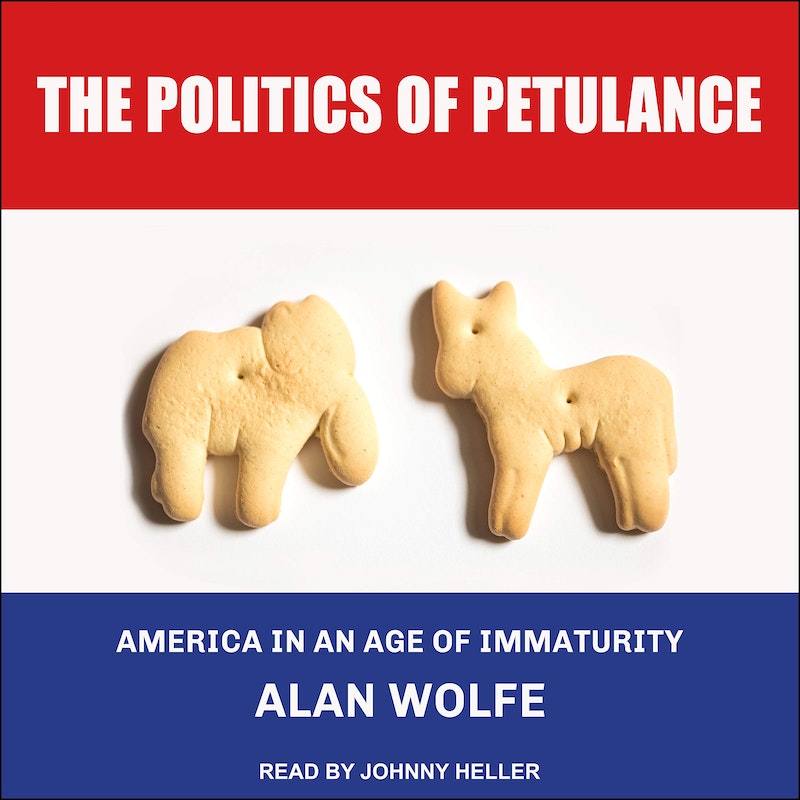 You may have seen Michael Cohen portray his former boss as a racist and a national threat while the President was in Vietnam practicing some Uriah Heep-level sycophancy towards the world’s number one sociopath, Kim Jong Un. Maybe you shook your head and asked yourself how the land of “exceptionalism” ended up in the dumpster. That's the question that political scientist Alan Wolfe has addressed in his latest book, The Politics of Petulance: America in an Age of Immaturity, a comprehensive polemic that references dozens of distinguished thinkers throughout history while offering a withering view on the maturity of this nation.

If you're looking for someone to put it all on Trump, whom he obviously loathes, Wolfe will disappoint you. You'd be better off reading columnists like The New York Times’ Charles Blow and Michelle Goldberg and The Washington Post’s Jennifer Rubin. Wolfe’s “politics of petulance” predates Trump’s emergence as a politician. Trump's the product of it, not its cause. According to the author, he got elected because we failed to heed the warnings sounded by previous demagogues like Joe McCarthy and Barry Goldwater, and allowed anger to prevail over reason.

Wolfe bemoans our immature society and paucity of serious analysts, which we once had in abundance in the post-World War II years. Many of them were émigrés from Europe with first-hand knowledge of the mania into which countries can descend with little warning. With the exception of Hannah Arendt  and Judith Shklar, most of these new arrivees were better suited to advancing understanding of American conservatism than liberalism. This group includes Joseph Schumpeter Leo Strauss, Friedrich von Hayek, Ludwig von Mises, and a number of other contributors to National Review’s early editions.

The author believes we no longer have these guiding intellectuals because our top universities now produce specialized graduate students rather than broadly educated public intellectuals well-versed in languages, literature, and the cultures of other nations. When Joe McCarthy was rampaging in the 1950s, top-rate minds were there to counter him. When Trump got elected, we heard little from academia, says the author.

America, in Wolfe's view, is a nation that couldn't take the advice of theologian Reinhold Niebuhr—a favorite of Obama—to put away its childish things. Instead, we have Trump, who often resembles an overgrown baby, in the White House. The author cites American literary critic Lionel Trilling’s definition of a mature society as being confident, tolerant of diverse viewpoints, and willing to judge by reason and observable facts. The absence of these steadying traits creates a void that the Joe McCarthys and Donald Trumps of the world can exploit. Wolfe believes this nation hasn’t been able to grow emotionally fast enough to keep up with its material success. That sounds a lot like Trump.

One result of this emotional lag is people thinking that their feelings represent reality. Other people who don't look like them have been getting away with things dishonestly, and they're upset. There’s all that “free stuff” you hear conservatives talking about, like food stamps and welfare payments. There're too many unwed mothers getting paid by the government to have a lot of kids. When such feelings get ingrained—when the anecdotal becomes the axiomatic—compromise and honest discourse become difficult. People look for leaders who can identify with their grievances rather than unite the nation.

In Wolfe's estimation, Americans are low-information voters lacking the knowledge to make informed decisions. Many of them live in fear of their new foreign-born neighbors and can't identify the French prime minister or the Chief Justice of the U.S. Supreme Court. Ten percent of this country's citizens believe that Judge Judy’s on the Supreme Court, which is comedy gold for late-night comedians, but hardly a laughing matter to the author.

Wolfe advises avoiding petulance, which won't be easy now that the petulant have been rewarded with Trump. He wants us to recognize the “nobility of politics,” another hard sell in our current oligarchic form of democracy, which is miles away from Aristotle’s ideal form of democracy—a “polity” that governs in the interests of all, not just the leadership.

Wolfe's message is that America needs to grow up. It has to look for character in its leaders and not seek simple solutions to complex problems. Although his focus on intellectuals is a bit one-dimensional, Wolfe has produced a work that explores America's intellectual history and analyzes the Trump phenomenon in a way that will advance the understanding of how we got in this mess. But he offers little in the way of concrete steps to rescue us, and scant hope that it's even possible at this point.