A flawed approach turns off many. 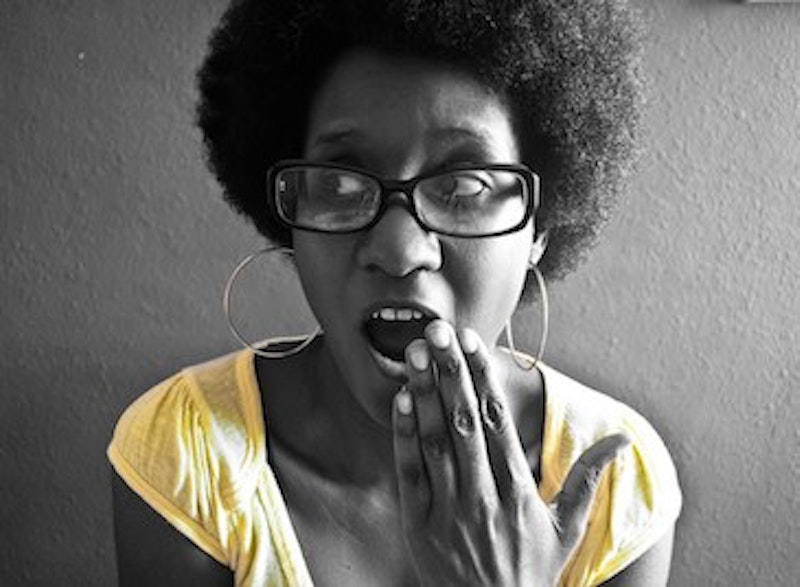 Four nations in WWII that were originally aligned with the Axis powers—Romania, Italy, Finland, and Bulgaria—eventually switched their allegiances. Had the Allies refused their cooperation near the end of the war, they’d have had a harder time of it.

Perhaps the leaders of the the intersectionality movement should study this time in history. Their cause certainly needs allies, but they have no idea how to cultivate them. Instead of being welcomed into the “good fight,” potential allies are instead expected to jump through hoops to prove their worthiness. Alliance is seen as a privilege doled out in meager portions to only the most compliant.

The Left has strategically redefined words, which is exactly what happened to “ally,” although in this case the strategy backfired. Whereas alliance-building once meant forming a coalition of parties with common goals, it now bears a closer resemblance to an exclusive country club appraising potential members. Unlike the country club, however, there are few perks of membership for the “privileged” in the intersectionality movement, unless you like having to always sit silently in the back of the room.

Mia McKenzie, author of The Summer We Got Free, is a notable figure in the intersectionality movement. She’s one of many who’ve discussed a set of rules potential allies are expected to adhere to, the first of which is “Shut up and listen.” These people don’t practice the niceties normally observed when others want to lend a helping hand. Her next rule—you must educate yourself. “You could start with the thousands of books and websites that already exist and are chock full of damn near everything anyone needs to know about most systems and practices of oppression,” writes McKenzie. She’s an activist, so reading reams of this kind of material is part of her job, but that’s quite a reading list for a new member.

Rule number three—don’t talk “over the people you claim to be in solidarity with.” That’s reasonable enough. Another of her requirements is that you must accept feedback about how your allyship is doing more harm than good, and you cannot mansplain or whitesplain anything. You may have noticed an undertone of hostility by now, but if not you will after McKenzie’s rule number five—shut up and listen some more. She also instructs potential volunteers not to expect marginalized groups to provide emotional support for them.

McKenzie adds the caveat that her list of rules “is by no means a comprehensive list.” What an exclusive club she and her like-minded progressives are gatekeeping for. While there are plenty of guilt-ridden “privileged” people who are willing to endure a constant “time out,” perhaps there’s also a sizeable group that notices that they’re being told to shut up twice in the rulebook and says, “No thanks.” Not all of these people want to dominate conversations or whitesplain/mansplain things. They’re not attracted to a group that’s going to parse their every word to find offense.

Who tells someone to do their homework when that person’s volunteered their time to help out? Imagine your neighbor’s offered to help you move and you tell him to get busy learning how to pack boxes efficiently, or if he messes up and packs a box wrong then he’d better be prepared to apologize and “commit to changing” his packing technique. The neighbor would start backing away from you at that point, and you’d be moving without him.

Intersectionality’s sense of moral superiority—the unprivileged are seen as less virtuous than the privileged—renders it blind to the concept of attracting strategic allies. Strategic allies don’t have to be the platonic ideal of anything. They’re useful, therefore they’re valuable. The intersectionality movement’s politically unsuccessful because it’s self-indulgent, allowing its goals to get overshadowed by an obsession with addressing privilege and scolding people.

But intersectionality’s starting to crack at the seams. Even Mia McKenzie’s catching on. She wrote that she’s “kinda over the term ‘ally.’” She’s grown weary of the “constant cookie-seeking” of would-be allies who can’t do the right thing unless they’re given credit for it. She sees these people as performers who want to make the struggle for social justice all about themselves. McKenzie’s making a choice to let a few people bother her when there are more important matters to attend to. A savvier person would shrug it off as part of the struggle, but intersectionality’s not a savvy movement. It’s too evangelical for that.

McKenzie bemoans the fact that most allies can’t even get her “short list” of seven rules right, suggesting that there numerous others. She sounds like a preacher in a new religion similar to Christianity. Some are born with the original sin of whiteness, for which they must repent by admitting their privilege. Salvation for these sinners can only be achieved by following intersectionality’s rules of allyship while working hard to redeem a fallen world that they’re partially responsible for.

The mistake McKenzie and her people are making in trying to establish a revamped power structure is that their rules for allies were all wrong from day one. They lacked the self-awareness to scrap them and reboot. Telling potential allies to shut up is not an intelligent way to get them to help you. Making them apologize for their physical attributes is not an effective way to motivate them into action. Take whatever help someone’s willing to offer and don’t narcissistically worry about if they’re asking for too much credit. Go ahead and give them a cookie if that’s what it takes. People who know how to effect massive societal change know that they can’t sweat the petty stuff.