The Technological Possibility of Democracy

Human nature has not evolved to account for the threat it poses. 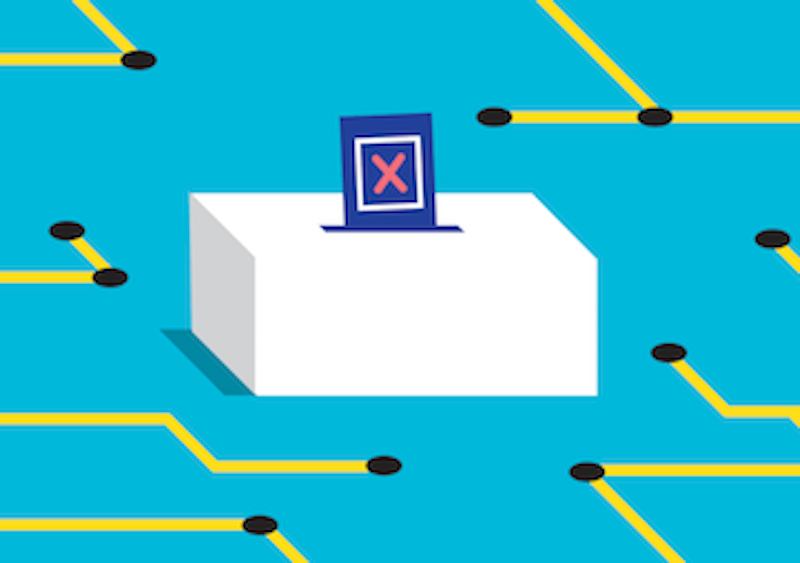 Though all eras experience their own age as if it represented the culmination of history, it’s nevertheless conservative to say that the economic, environmental, civic, and social foundations of human civilization are undergoing rapid and significant change. Even considering only aspects of human culture changing and emerging today, some unprecedented but perhaps inevitable forms of democratic government can be described in general terms. As technology has and continues to refashion foundational human social practices such as communication and trade, it’ll no doubt exert a similarly profound influence upon the shape of government in the future.

Because sovereign governments today are organized by a national standard, the scale of the electorate in modern democratic states has prevented the practice of direct democracy. We don’t vote upon the policies that will guide us, the laws that will govern us, or the allocation of the state’s resources. Though many modern democracies likely embraced republican ideals for their own sake, direct national democracy was never logistically feasible across France or the United States.

Now that millions can coordinate action online, democracy is no longer limited by considerations of time, space, and scale. Citizens in Fifth-Century Athens raised hands in the Assembly to determine the course of the city-state’s actions, in all matters of foreign affairs and domestic law. Even then, when all free men could cast a vote of exactly equal value, rural citizens justly complained of their political disenfranchisement, as a preponderance of urban voters more often able to attend the Assembly caused an imbalance in civic representation.

As nations examine, experiment with, and adopt new forms of government in the future, surely we’ll witness a return to more strictly democratic principles at some point. Such a change would eliminate unpopular policies, America’s red team/blue team political landscape, and many of our nation’s institutions overnight.

We can go further. Election projections, Vegas betting lines, and stock market algorithms instantly adapt to reflect a river of data points, each reflecting human (and/or other) decision-making. In all aspects of our lives, static analyses increasingly yield to instantaneous and dynamic models. Theoretically, a nation’s constitution and other laws could be updated in real time.

Democratic Athens quickly eliminated the practice, but initially all citizens could speak in the Assembly, adding agenda items and expressing their opinions. Imagine: I propose a tariff on Canadian turnips in a subReddit dominated by American farmers. The suddenly popular (among those who have voted upon it) proposal percolates into the national consciousness through an accumulation of votes. A fluid but accurate accounting of the People’s will and desire to impose this tariff emerges. Perhaps we turnip farmers, outvoted by feminists angry at farming’s male dominated culture, enlist the aid of maple tree conservationists enraged by Canada’s syrup industry. Proposals with many votes and close tallies attract more and more citizens to add their votes, and no doubt their voices, in the resolution of the issue.

The ragged, horrific apparatus of such a practice already exists across various online platforms. Take Tinder as a possible example. I could as easily, from a technological standpoint, be swiping yea and nay to proposed legislation, guilt in a criminal case, or the terms of a treaty or trade agreement.

There’s little point in attempting to elaborate the possible variations of democratic institutions these new factors may introduce into history. The removal of practical impediments through digital technology has, though, reconciled the previously incompatible ideas of direct democracy and national sovereignty within a generation. The two most radical institutions of the Athenian democratic state, expressing the embryonic and elemental shape of democracy in the world, are possible for the first time since the city-state formed the basis of political organization.

As new practices in and forms of democratic government emerge from technological possibility, the likelihood of nightmarish catastrophe increases. Both the human and the technological basis of these future democracies will remain vulnerable to inherent flaws and deliberate abuse. What’s more, the rapidity of change in our world is unlikely to promote circumspection as oncoming global crises such as water scarcity and the depletion of energy resources raise fear, resentment, and suffering amongst the planet’s people. Will MMO government prove adequate to address these and other problems facing humanity?

For less than a century, we’ve possessed the destructive potential to essentially annihilate our civilization, even our species. Human nature has not evolved to account for the threat it poses. Nuclear fuel programs and missile tests continue around the world. Now, because of the evolving nature of basic social interactions, we’re confronted by the possibility, perhaps the likelihood, of idiot states wielding the power of apocalypse.

Though new, unprecedented forms of democracy enabled and shaped by technological innovation remain unrealized, humans rarely, if ever, fail to attempt what’s possible. It’s easy to imagine idealized, elegant government expressing the nuances and evolution of society’s values, which are obscured today by unnecessary structural foundations. However, human nature, technical possibilities and limitations, and irresistible historical forces will pose inescapable threats to the democracies of the future.