The Existential Evisceration of Trump Voters

In a collapsing capitalist society, Trump’s “fuck you” attitude continues to succeed. 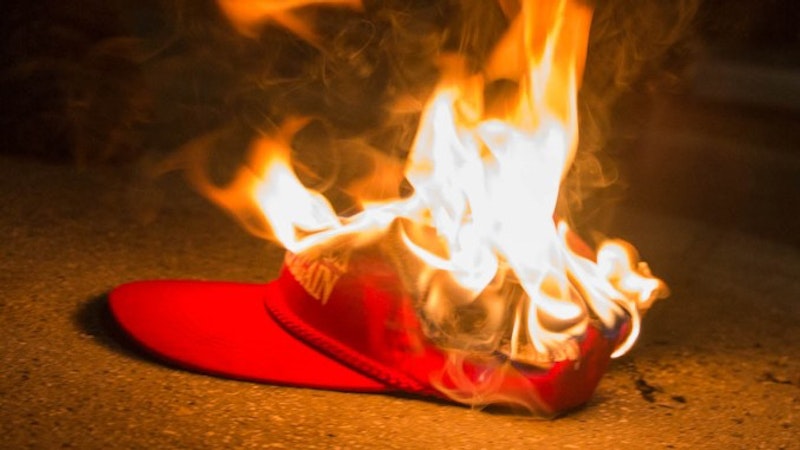 Donald Trump has outgrown presidential politics and become an aspirational figure onto which people can project their fears, insecurities, and disappointments. In blue Baltimore, I rarely come across Trump supporters or MAGA hats, but every time I have, they’ve said exactly the same thing: “He’s not perfect, but he’s trying.” Which is exactly how so many people in this country feel about themselves. Policy positions, inflammatory and racist rhetoric, and a dystopian assault on objective reality are all distant behind the image of a man who, against all odds and against fierce and often hysterical opposition, continues to succeed all while screaming “Fuck you” with middle fingers raised. The details hardly matter. Trump’s a sympathetic figure for everyone frustrated with the way their life has gone and how the country is changing.

Daniel McCarthy wrote the best post-mortem on the election yesterday, for The New York Times op-ed page: “Trump Was Not Repudiated. He Was Rewarded.” Besides pointing out how pointless it is to revel or even note how high the popular vote margins were for Democrats, McCarthy said, “If Mr. Trump were the abject failure that Democrats and some embittered former Republicans would like to believe, the Republicans should in fact have performed much worse on Tuesday, even with such a favorable economy. Indeed, if the administration were as incompetent and ideologically extreme as critics charge, the economy should not be doing well in the first place, some 22 months after Mr. Trump assumed office.”

Voters’ pocketbooks and portfolios will always be more important than accusations of racism, misogyny, corruption, and blatant lying.

Our electoral process is a joke: no early voting in New York? Precincts all over the country running out of ballots? Machines malfunctioning and changing votes? Lines over an hour long? People waiting in the rain so they can vote is not inspiring, it’s an indictment of our democracy, which consistently has some of the lowest turnout rates of any country in the developed world. Most Americans don’t vote, and most of those that do go in with very little information beyond a feeling. Hence Trump’s success: blaming it all on white people betrays liberals’ own racial assumptions and prejudices, assuming that Trump’s attitude doesn’t appeal to minorities, too. Misogyny, toxic masculinity, and a feeling of existential emasculation permeate our country and go across demographic lines. Trump’s approach—Lucifer to some, Job to many others—has a broad psychological appeal that’s larger than any political platform will ever be.

Democrats lost every major marquee race, cutting short the presidential aspirations projected onto Beto O’Rourke and Andrew Gillum. Keep in mind that Gillum’s opponent Ron DeSantis is a racist moron who dived headfirst into Trumpism and never looked back, and was duly rewarded. The race may have been close enough to trigger an automatic recount, but the fact that Gillum couldn’t pull off an 11 p.m. win against that guy proves that Trump’s pitch that “a vote for [x] is a vote for me!” worked across the country. Tuesday was disappointing, but it wasn’t the devastating and almost psychedelic nightmare of the presidential election two years ago. Trump lost the House, and fired Jeff Sessions in a panic yesterday anticipating the end of the Mueller probe.

I know it’s hard, but looking past Trump the future looks really scary. We’re becoming more fascistic, more militant, less and less connected to reality. Remember what those people told me: “He’s not perfect, but he’s trying.” In a collapsing capitalist society, where 50 billionaires live in San Francisco right next to thousands of homeless people, personal disenfranchisement becomes the norm, and no one feels like they are “living their best life”: the billionaires are freaked out by populist movements, the liberals and centrists are repulsed by Trump on policy but mostly aesthetic grounds, and the left is at a point where the word “revolution” starts being tossed around. No one’s perfect, but we’re trying. Just like the president. Take a nap while you can.