Keep This in Mind on Election Day

You have no idea what’s going on, do you? 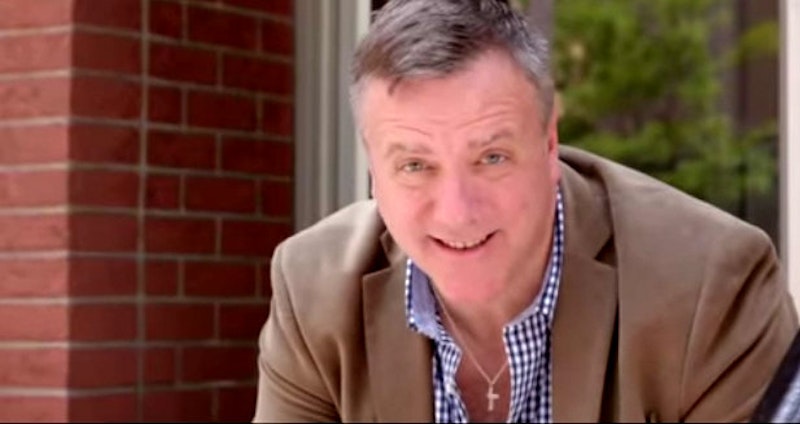 Once in a while, you spot something comprehensible. There are a few politicians less horrible than the others.

The east side of Manhattan has a chance this week to vote for mild-mannered, gay Republican Pete Holmberg for State Senate if it wants to send a defender of gun rights to Albany for a change. The state as a whole may be so tired of Gov. Cuomo’s corruption that it’s willing to consider Libertarian Party candidate Larry Sharpe. I try not to get my hopes up about electoral politics anymore, but you never know.

I don’t really argue with people who want nothing to do with the whole ugly process of politics, though.

I also can’t blame them for occasionally wanting to send disruptors, populists, monkey wrenches, clowns, whatever you want to call them, to higher office in a desperate attempt to change things. Their efforts in this area are usually randomized and nonsensical, but what else would you expect? No one can really keep track of what’s going on in politics anyway, not even the experts claiming to give rational advice on the topic. (Do you know, even in the vaguest terms, what the Department of Labor has been doing for the past year?)

While the experts struggle to understand the appeal of populist alternative media such as Matt Drudge’s site, I wonder if they ever stop to consider the little, obvious things that matter to the common person, like the sheer simplicity of that site’s design. It just lists headlines in three columns, basically, usually startling-yet-relevant ones.

Haven’t 20 years of psychically-intrusive algorithms and pop-ups and flashing doodads on most other sites left us all completely annoyed with them—and in many cases with their whole pushy underlying worldview, be it capitalist or socialist? I don’t want to dodge five slowly-emerging cartoons of current election stats, four ads, and two pop-up fundraising appeals when I could just scroll a whole bunch of short headlines. How relaxing! That may be as close as one can get these days to absorbing a bunch of political information without feeling like a schizophrenic.

And I don’t say that because I’m hopelessly outmoded and non-wired. I say it because even while I use tech, I’m still a human being, like the ones who gazed upon trees and rocks and farms and books on paper for centuries. I don't want the entirety of Las Vegas/Times Square shoved in my face every time I try to glance at the world.

If I had to guess, I’d bet the sheer flurry of tech-torrented info poured into us each day goes a long way to explaining the (apparent) increased popularity of conspiracy theories. You need some kind of theory, even a crazy one, to keep track of all the facts buried beneath the aforementioned pop-ups and flashing videos.

Jesse Walker, editor at Reason and author of The United States of Paranoia, gave a talk this past Friday at the Metropolitan Museum of Art (where there’s currently an exhibit about conspiracy theories) on the enduring popularity of conspiracy theories and the way even the most skeptical among us—even authors who set out to concoct fictional conspiracy theories—end up finding enough seemingly-confirming bits of data in this increasingly complex world to end up suspecting their pet theories are true.

But one needn’t hold very outlandish beliefs to have conspiracies as part of one’s worldview. In some loose sense, surely every collaborative entity such as government is a conspiracy, and there are laws against criminal conspiracies. If you lean left, you may feel that the economy itself is a conspiracy. I won’t deny that in politics, whether you’re on the right, the left, or elsewhere, what you believe probably makes someone else, not you, lots of unearned money.

Then there’s the whole covert world, which we know exists—intelligence agencies and their allies, secret political deals, crony public-private partnerships—even if we aren’t sure of its exact contours. You won’t get rid of all that on Tuesday. Much as I disagree with the socialists, it’s nice to see that some of them are so anti-war they’ve been denouncing the unsettlingly large number of young Democratic candidates for Congress this year who are both CIA veterans and very hawkish. That’s getting darn close to just dropping all pretense and having the intel sector and the military-industrial complex run the country directly. The elections are becoming a formality.

But then, the socialists are themselves pretty gross and machine-politics-oriented, as some articles about faux-woman-of-the-people Alexandria Ocasio-Cortez remind us.

The whole political process is pretty gross. And when someone tries to break out of the system, there’s always the chance he’ll do something that’s even more horrible than politics as usual. Don’t let anyone tell you that generally means right-wing violence, either. There’s plenty of left-wing violence as well. The chattering elite just doesn’t dwell on the left-wing violence as much. You heard about a guy sending bombs to Democrats, for instance, but I’ll bet you don’t even remember the guy a few weeks earlier who sent the deadly poison ricin to the White House.

You also heard a great deal about the synagogue shooter from a week ago being a right-winger of some sort—though an anti-Trump one. You probably heard less about the fact that the prime suspect in a rash of acts of anti-Semitic vandalism last week in Brooklyn is a former City Hall intern tasked with monitoring hate crimes—a gay, black, Democratic activist who studied African-American Studies in college on a scholarship funded by The New York Times and a generous Jewish couple. Apparently, he got sick of liberals being condescending and controlling.

The right’s crazies are usually found at the margins (when not occupying the Oval Office), but the left seems to be giving its own crazies awards and grants. Among the women who retracted false sexual assault accusations against Supreme Court Justice Brett Kavanaugh in the days since he was seated on the court is a Kentucky history professor, who says she was angry at him over his politics. If you think it’s just MAGA-hat-wearers who are anti-social, keep in mind the professoriate seems abnormally deceitful and sociopathic.

Maybe it should be shunned and marginalized, though that’s also true of the mainstream media, religions, and all factions of government. I suppose people keep voting because they enjoy the illusion they can get rid of the bums, but the bums are everywhere, and you have no hope at all of keeping track of them.