They’re everything he’s not. 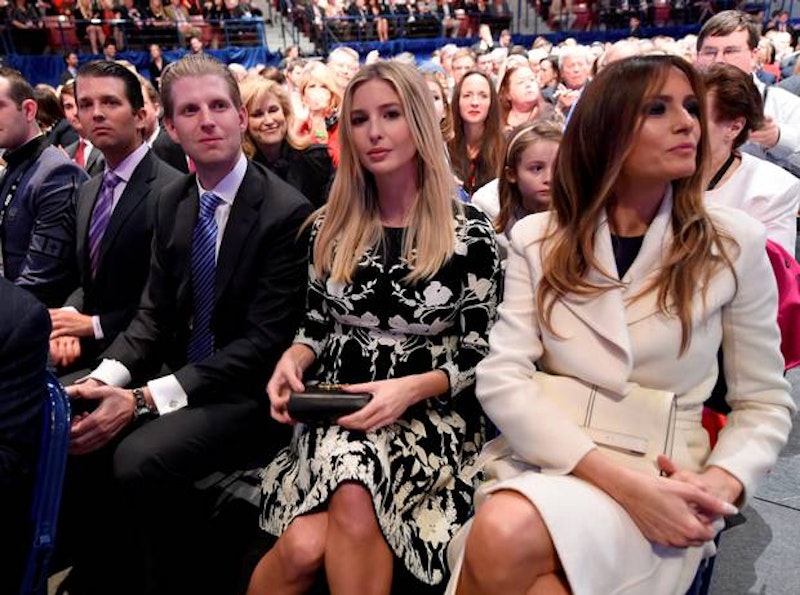 I didn’t vote for Donald Trump. And I believe he’s a misogynist. The horror stories are endless about his comments and behavior toward women, many of which were replayed during the presidential campaign.

Despite all this, he surrounds himself with strong, capable women, starting with his own daughter Ivanka. An Executive Vice President of the Trump Organization and 34-year-old mother of three, her name is often volunteered when asked whose advice Trump respects. Not surprisingly, it was Ivanka who introduced Donald Trump when he accepted the GOP nomination. Each time I’ve heard her speak, she appears composed and educated. Poised and powerful, Ivanka softens her father’s brash, overbearing presence.

Her mother, Ivana, Donald’s first wife, was savvy as well and should probably be credited with branding him a generation ago. She designed and restored many of the landmark Trump properties and after she and Donald split, she developed lines of clothing and jewelry that were hugely successful on television shopping channels, adding a best-selling self help divorce book to boot.

We constantly hear how Hillary Clinton is proud to be a role model for young women.

Well, some female Trump supporters think the real role model is Kellyanne Conway. They’ve watched her take on the media and stand up to a strong billionaire. Conway took the reins as campaign manager after the Republican National Convention. She professionalized the campaign and took a course correction, which in the end, led to a huge payoff.

Another promising star orbiting the President-elect is his 27-year-old press secretary, Hope Hicks. She keeps a low profile and despite having a Twitter-happy boss, she doesn’t have an account. She balances the negative with the positive and is almost universally described as “sweet.”

Last but not least is Trump’s biggest cheerleader, his current wife Melania, who possesses perfect poise, speaks multiple languages, and could be an asset in the White House, if only for emotional support. She stays out of the spotlight, yet on the 60 Minutes interview, insisted that she does, in fact, let Trump know exactly what she thinks, whether he agrees or not.