So how are we doing? 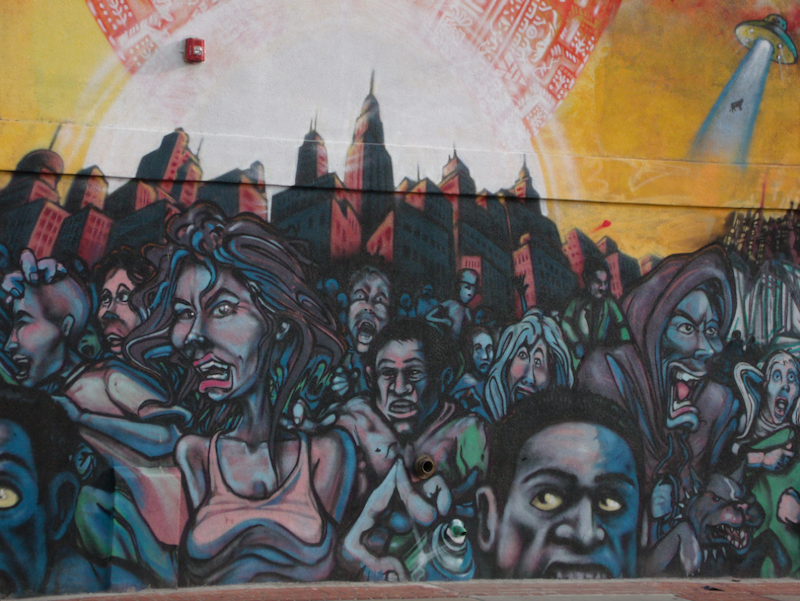 I haven’t had much to say about politics since last week’s unfortunate electoral events. What do you say after your house falls down around you? “Ouch,” I suppose. Now and then I’ve wandered onto Facebook and taken a look at the posts. Those memes with Joe Biden and President Obama are funny; they always make me laugh. Some White House photo with the two of them gets a dialogue planted on top, and the dialogue always involves Biden, that scamp, telling a bemused Obama about the latest prank he’s got ready for the house’s new occupants. I click Like and then I click the command that hides the post. It’s too painful.

One fellow posted a joke about getting John Hinckley out of retirement. Many, many comments joined in. Back on my own page, I wrote this:

“Spitting in the wind dept. Please, please, please don’t post any thoughts about how great it would be if somebody shot Trump. It wouldn’t be great. It would lead America a big step closer toward chaos. I leave aside the question of Pence succeeding Trump, though admittedly that would be an awful event in its own right. I just want to stick to the basics. Don’t hope for assassination, don’t joke about it.”

I led with “Spitting in the wind” because I figured assassination jokes would be cropping up all over my feed. But no, it was just that one time. Fine, I guess we’ve got that under control.

In writing my plea, I considered and rejected some phrase along the lines of “Go that way and we wind up like Bolivia.” This thought occasioned a second post:

“A problem of Trump Era etiquette. Some of us think America's situation is best summed up this way: we're becoming a banana republic. A snappy way of shorthanding that idea is to say we’re getting to be like Bolivia or Argentina or Peru.

“It occurs to me this is kind of tough on those countries. I mean, referring to them as being obviously and inherently reprehensible. At the very least, one ought to read up on their politics and history to see which country is a real match with our particular mess.

“Fellas, don’t applaud. Just my small way of bringing some light to the darkness.”

Since I was on a roll, I revisited a debate I’ve long had with myself. I live in Québèc, where corruption comes first and politicians govern when they have spare time. On the other hand, America is a malfunctioning behemoth unable to overcome its lobbyists’ power. Which is more of a mess, government-wise? Well, some new evidence had come in that very week, so I wrote:

“Love the Québècois. Proud to be American. But I used to wonder which of us was shittier at governing ourselves. Québèc or the US—with the resources available, and with all due proportions kept, which population could fix itself the sloppiest, stinkiest sandwich de merde?

“Even with the Iraq War, this was a close-run thing. Because Québèc politics... well, good God. Instead of paying your taxes, you might as well find the nearest politician and put your money in his pocket, then back away bowing. That's where it’s going anyway.

Not a funny ending, but heartfelt.

I got off pretty soon after that. I was messaging with a friend about the World Fantasy Award. What should it look like? How to represent the whole world plus fantasy? I thought a globe with a dragon would be all right. My friend said no, parts of the world have never had stories about dragons. But China, I protested—the dragon could be a hybrid, East and West. My friend repeated his point that this left out other parts of the world. His idea was to do something that involved the sun and moon. This didn’t sound too fantasy-like to me, but he explained that the sun and moon show up in mythologies and fantasy traditions from around the world.

Reasons against this notion gathered in my mind. If I may be permitted some poetry, they began to mutter to each other. I considered this sun-and-moon idea something that must be struck down. Luckily I did no striking. Instead I shut up and peeled out of the conversation.

Later it occurred to me that I don’t read fantasy and have no special interest in trophy design. What was I getting worked up about? Oh yeah. Donald Trump had been elected president. That.