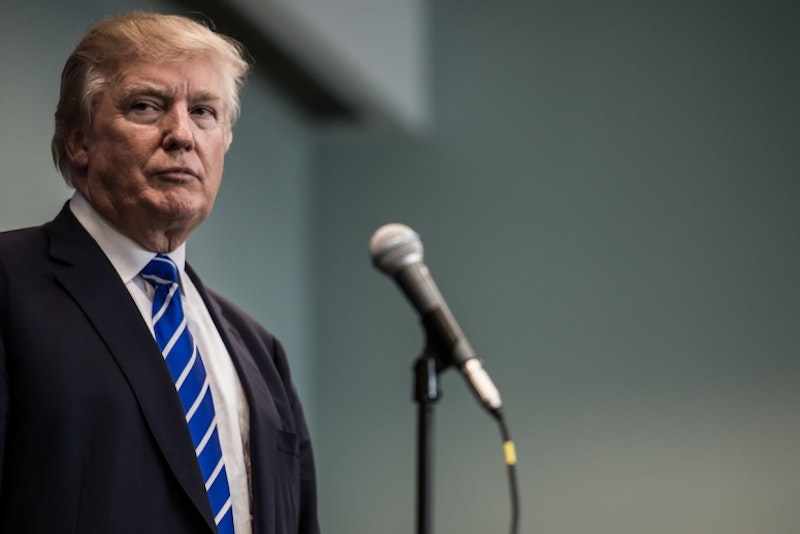 Until recently, the talk among political insiders was that Donald Trump’s presidential campaign was like reality TV and unlikely to live up to the hype it had generated. Now that Americans are casting actual votes and the poll numbers are holding up, the division between my self-deluding and rational mind has broken apart. I haven’t yet digested that the next president of the United States could be the former boss on The Apprentice.

Most people I talk to aren’t crazy about any of the candidates, but if Trump wins the GOP nomination, I’ll campaign vigorously for whomever is running against him. If my candidate fails, I’m moving out of the country.

“If Donald Trump becomes the President of the United States, I’m moving to (insert country)” is a sentiment trending among liberals. Rob Calabrese, a Canadian, started a website urging American migration to Cape Breton, Nova Scotia if Trump is elected. The website promotes the island’s diverse population and accepting way of life. Politics aside, it does seem like a stunning place to live. Maybe I could be exploring scenic landscapes and whale watching while our 45th President is trying to figure out what nuclear launch code to use or how to deport a number of undocumented immigrants.

The billionaire media mogul Barry Diller said he might leave the country if Trump is elected, all the while smiling. Diller has delved into politics in the past, donating to different causes and campaigns including Obama’s, Hillary Clinton’s and John McCain’s. Of course, Trump made one of his mud-slinging remarks after hearing Diller’s statement calling him “a sad and pathetic figure.” Rosie O’Donnell says she’ll head to Canada. Then again, Trump did call her “an ugly pig.” He later recanted and said it was a joke and chastised Americans for being too politically correct. Jon Stewart claims he’ll move to another planet. Cher says Jupiter. Whoopi Goldberg also announced that while she didn’t know where she’d go, a Trump presidency would signal that, “Maybe it’s time for me to move.”

American bureaucracy never ceases to amaze me, but Trump’s possible presidency is beyond the pale. A friend just returned from Ecuador and loved it. According to the Expat Insider report, “It is unsurprising that over nine out of ten expats (91%) report being satisfied with their life in Ecuador.” And it makes sense that almost half the expats in Ecuador plan to stay there “possibly forever.” But what if I do want to return? Will I have to climb the wall to get back?