What’s an advertorial between elites? 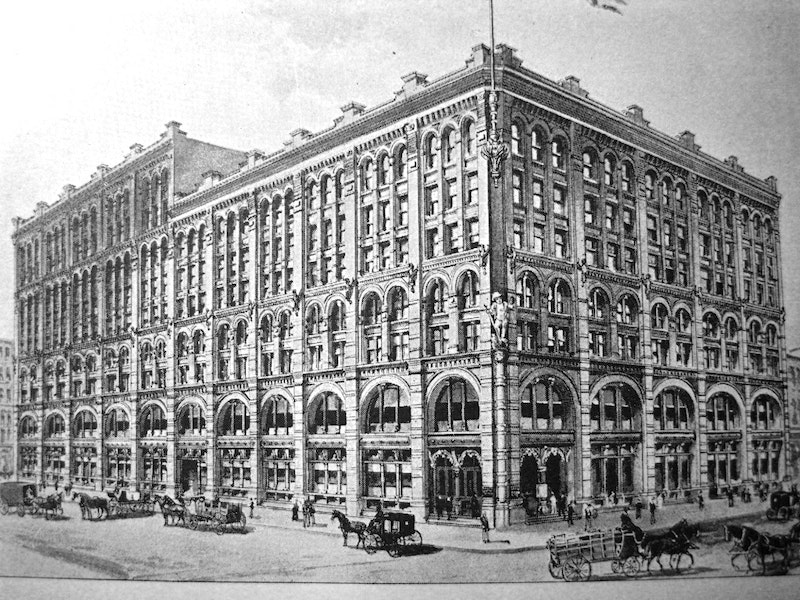 It’s several years now since I’ve read The New York Times in the diligent, grind-it-out way that was once a habit. But even back in the only-print days, I skipped the real estate pages, so it was a surprise last weekend to receive a email from my friend, and onetime New York Press colleague, Lisa Kearns which contained a link to a de facto advertorial for 32-year-old Jared Kushner, whose family owns Lower Manhattan’s legendary Puck Building. It was of interest since NYP leased space on the eighth and ninth floors of the Puck from 1989-1997, and thoroughly enjoyed our tenure there, until the sweetheart deal I brokered originally ran its course and the rent went up astronomically.

Undoubtedly the Real Estate and Income Inequality sections don’t overlap at the Times, but you’d think there’d be a ruckus from the “We Are the 99%” faction in the daily’s newsroom, since reporter Robin Finn’s fawning profile of Kushner and the $21-$60 million penthouses he’s building at the Puck was not for those afflicted with sour stomachs. The world and Manhattan move on, and I couldn’t care less that a wealthy European, Saudi or Hollywood actor will eventually occupy the space that was home to countless talented writers, editors and artists, memories of which are happy ones for me. What’s remarkable, however, is that Finn could get away with this completely uncritical portrait of Kushner, a “mega-tasker” who “saw the Puck’s future, and it was penthouses.” Doesn’t have quite the same ring as Jon Landau’s famous line about Bruce Springsteen in Boston’s Real Paper 39 years ago, but a hack reporter makes do.

That might seem harsh—I don’t know Finn and perhaps she’ll win a Pulitzer for a five-part series on the ubiquitous real estate diva/mega-tasker Barbara Corcoran—but upon reading her story, how can anyone think otherwise? She quotes Kushner (“a baby-faced Swatch-wearer,” who is also “suave” and “earnest”): “’It’s a gorgeous, magical building, but I wanted it to become the most incredible that it could be, let it realize its full potential… I wanted to take an icon and not just preserve it, but improve it.”

Each of the six penthouses, Finn writes, presumably out of breath, will feature a cast-iron fireplace from Europe and an “amusing stained-glass caricature of Puck by the elevator.” Kushner “came up with that novel but expensive décor enhancer” while “touring churches” in Portugal with his wife, Ivanka Trump. Whether the eventual occupants will find the likeness of Puck “amusing” or not is anyone’s guess, but the hands-on, miles-to-go-before-I-sleep Kushner, who allegedly spends three days a week at the site and scolds those who don’t wear dust-covers on their shoes, is intent on creating his masterpiece.

Ivanka, it goes without saying, receives her own volley of air-kisses from Finn: “Mr. Kushner spent two years fussing over the layouts, and the closet space and baths were vetted by an undisputed connoisseur of luxury lifestyles, Ms. Trump.” It’s unfair, I guess, to flog Ivanka simply because she’s the daughter of Donald Trump, who’s made and lost fortunes selling gauche, nouveau-riche properties, but it’s not too big a leap.

Ivanka says: “Growing up in the business, I’ve seen firsthand that what separates the good from the great—and the great from the best—is attention to detail and having real passion.”

One more Finn whopper before I sign off: “'I wanted to create a conversation between the luxury of a high-end loft and the gritty industrial details of this building,' said Mr. Kushner who began investing in residential real estate while an undergraduate at Harvard. 'And if we couldn’t make it great and make it perfect, I wasn’t going to do it at all.'”

Passion! Conviction! Maybe the “national conversation” that Times editors still believe emanate from the paper’s articles and op-eds, will soon switch from liberal orthodoxy and its Brooklyn cultural discoveries to the up-and-down world of glitzy real estate. And would it come as any surprise if Kushner, who owns The New York Observer (gratuitously described as “salmon-hued” by Finn, even though it’s been around since ’87, back when 300 DPI printers cost $18,000), returned the favor with a spread on Times publisher Arthur Sulzberger’s summer home?