About That Taiwan Phone Call 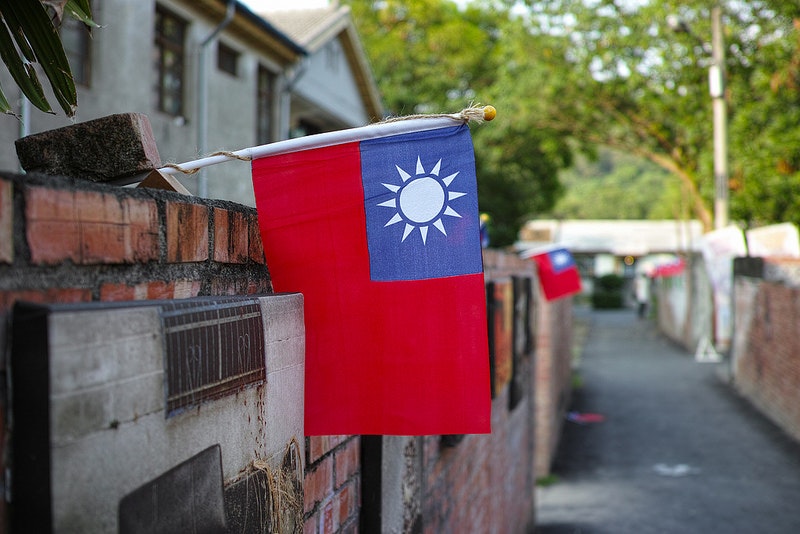 We're being told that he meant to do it. Taking a call from the president of Taiwan wasn't something Donald Trump blundered into. It was the "product of months of quiet preparations and deliberations," says The Washington Post, citing "interviews with people involved in the planning." Of course, to believe this story one must accept that Trump and the words "quiet preparations and deliberations" belong together.

Another snag is the President-elect's reaction to his own phone call. He tried to scuttle away from it. That's an odd choice by the author of an "intentionally provocative move" meant to create "a break with the past." As soon as complaints started about the call, Trump issued this tweet: "The President of Taiwan CALLED ME today to wish me congratulations on winning the Presidency. Thank you!" He had this as a follow-up thought: “Interesting how the U.S. sells Taiwan billions of dollars of military equipment but I should not accept a congratulatory call.” The first translates as "It was her idea," the second as "How was I supposed to know." Now, thanks to the Post and his advisers, we have a companion piece: "Oh, I meant to do that." Maybe his advisers meant to, but Trump didn't. His tweets show that he didn't have a clue.

Something to keep in mind about Taiwan and the people who run it: they call themselves the Republic of China. According to them, the people in Beijing are just a gang that’s taken over for the time being. China’s proper government is off in Taiwan, waiting on their little island. Such is their view. America stopped seeing things that way 36 years ago. The U.S. ambassador left Taiwan and another showed up in Beijing, ready to do business. We still look after Taiwan; we don’t want China getting bigger. But we behave as if the government in Taiwan isn’t quite a government. They’re just the people who happen to be running things in that locality.

To treat them as a government—say, for our president to talk with their president—would be to imply that they were a government. And the government they claim to be is the government of China. The regular Chinese government gets touchy and nervous when a country behaves as if that government had no right to exist. America normally takes pains not to make China nervous. We have enough differences as it is, why create static? That’s the motto of diplomacy: take pains to avoid incidental problems, because the major problems are usually immense. Add that China is one of the world’s most powerful nations, and that America actually is the world’s most powerful nation. You can see why the people managing their relations would make a habit of caution.

A president, or even a president-elect, might decide to change current dealings with China. This person, if very fed up, might give China a slap across the chops and take a call from Taiwan’s president. “There,” this person might think, “let Beijing stew about that. There’s a whole new day coming and they’d better get used to it.” Trump isn't that person. He didn’t see the fuss coming, and now he figures it’s the fault of the silly rules. Word is that a Trump employee was in Taiwan a few months ago, sniffing out prospects for building a hotel. We don’t know. It’s quite possible that Trump simply liked the idea of one more call from a foreign leader, one more reminder of his importance. Either way he treated China policy the way a large dog treats a picnic spread: it was something in between him and a juicy turd.