I'll Take the Stones Over the Beatles Any Day

Let's put an end to this argument right now. 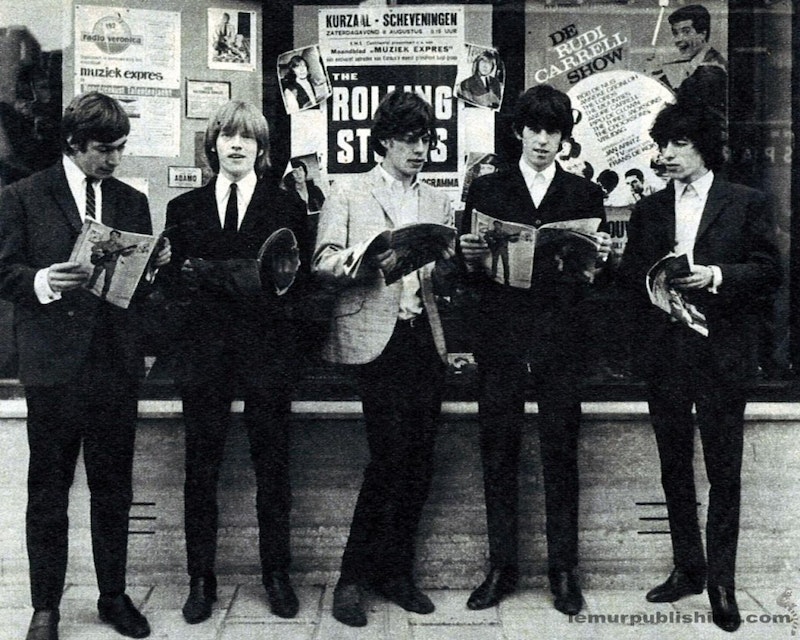 Russ Smith wrote last week for Splice Today about John McMillian’s new book on the biggest rock & roll rivalry: the Beatles vs. the Rolling Stones. As Canadian new wave band Metric sings it, “Who’d you rather be/the Beatles or the Rolling Stones?” Their own choice is hinted at in the song title “Gimme Sympathy”—a blending of the Stones songs “Gimme Shelter” and “Sympathy for the Devil.”

As a declared Bob Dylan partisan, Smith is a conscientious objector in the Beatles-Stones fan feud. So it falls to me to weigh in. And I am a Stones fan, for good reason. The Beatles are better singers, but that’s about all they have going for them. In spite of very little training, the Stones managed to be better musicians, better lyricists and better rock & rollers. This is even more impressive when you consider what the Stones really wanted to be was a blues cover band.

During the years of their rivalry, roughly 1964 through 1970, the Stones are far and away better than the Beatles, because they rarely play it safe. “I want to hold your hand,” sing the Beatles. Oh come on. “Let’s spend the night together,” rejoin the Stones (a couple of years later), even if they agree to make nice for one night only on The Ed Sullivan Show. The Beatles bury cute drug references in their songs. The Stones sing about suburban moms popping pills just to get through the day and get busted for possession. The Beatles mess around with spirituality and Hindu chants. The Stones sing about violent revolution and the Devil.

The Fab Four complain about the huge cut the British taxman takes (“Let me tell you how it will be/there’s one for you, nineteen for me”) but then take pains to blame both Labour and Conservatives equally and sound rather lame in the process: “Ha ha Mister Wilson… Ha ha Mister Heath.” The Stones say, “forget that!” and go into tax exile.

Rolling Stones songs have a shocking depth that is almost wholly lacking from Beatles standards. Take “Under My Thumb,” a song critics have savaged as an anthem to misogyny. British feminist Alix Brodie calls it “perhaps the most notorious of the Stones’ sexist songs” whose lyrics leave her “feeling angry and excluded.” I thought that interpretation was essentially correct, if a bit overblown, for years. Then I heard it again, and something clicked.

I realized it’s not really about misogyny per se but about comeuppance, karma, that bitch payback. Mick Jagger tells us at the outset he’s singing about a “girl who once had me down” and “who once pushed me around” and everything that comes after should be understood in that light. Now that the tables have turned in the relationship, he’s living by the golden rule as it’s actually practiced by most people: do unto others as they’ve done unto you—and then some.

Another one of those Stones aha! moments came this week. I was listening to “Sympathy for the Devil” while news played in the background. “Sympathy” is a great song with a line that I’d thought out of place and dumb. “They shouted out who killed the Kennedys/when after all it was you and me,” Jagger sings to an infectious samba beat that we first heard in 1968.

Now I’m thinking, not so dumb. “You and me” doesn’t mean “we all did it.” In this case “me” is the Devil and “you and me” acts as a way of shooting down a way of framing the question. It’s a slap in the face to Kennedy assassination conspiracy nuts at a time when they are in vogue and also a useful reminder about human nature. When confronted with the evil that men do, we often want to blame someone else—from historical forces to vast conspiracies to “the Devil made him do it.” In this case, the Devil himself is saying, oh that’s just music to my ears.