Obamacare: Garbage In, Garbage Out 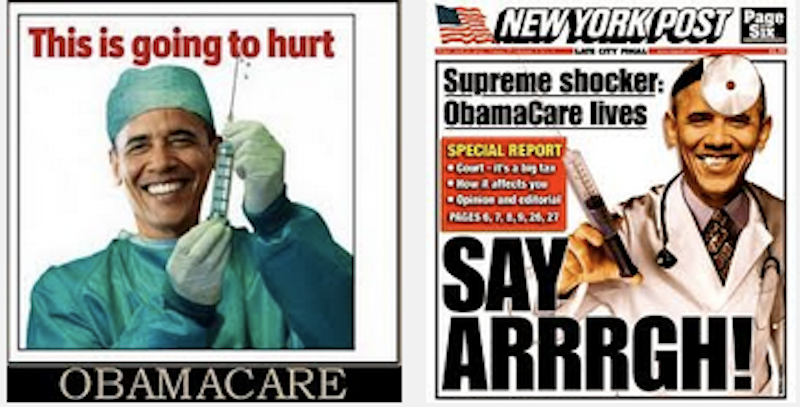 Maybe Obamacare is just too big to succeed. A health care official (who requested anonymity) with intimate knowledge of the Affordable Care Act as well as state exchanges claims that when the program was war-gamed the worst-case scenario could not envision the clunky mess that the rollout is.

Even worse, America is plunging head-long into formalizing what Obamacare was designed to eliminate—a two-tier health care system, one for the solvent and one for the poor. Further, the year extension requested by President Obama is allowing health care companies to continue writing junk policies that leave subscribers with inadequate coverage and loopholes that Obamacare promised to correct. And to top it all, doctors and hospitals are rushing drop patients or to opt out of the program.

The official says specifically that many of the screw-ups are attributed to the arrogance of government overseers who refused to heed the advice of private insurance carriers.

In Maryland, specifically, the blame for the technological difficulties that is inhibiting enrollments was assigned directly to State Health Secretary Joshua Sharfstein and Rebecca Pearce, executive director of the Maryland Health Benefit Exchange. Both were said to have resisted suggestions and alternatives during the warm-up period leading to the introduction of the new health care program.

The botched and bungled rollout has also become an attack point in Maryland’s campaign for governor wherein Lt. Gov. Anthony Brown (D), who oversaw the state’s preparation to enter the Obamacare era, has become the fall guy for its failures. Gov. Martin O’Malley (D), who earlier had been crowing about Maryland being in the vanguard for the launch, has been quietly out of sight since the system’s breakdown.

Lagging woefully behind other states, Maryland signed up only 1278 people in the full month of October and only another 465 in the first week of November, The Washington Post reported. The low early enrollment raises questions about whether the state can meet its target of 150,000 by March. Maryland, ironically, was one of the first states to win federal approval of its exchange.

The anonymous official says that the main problem with Obamacare is that government has no way of receiving applications yet in Maryland, at least, government officials had steadfastly refused to allow private carriers to provide the service—which is what they routinely do.

There are those who argue today, three years after the fact, that a single-payer system such as Medicare-for-all would have avoided the disaster that Obamacare has become. Obama agreed philosophically, but abandoned the single-payer approach because he believed it wouldn’t pass Congress. Instead, Obamacare was modeled after the Massachusetts plan that was signed into law by Mitt Romney when he was governor.

Obamacare is no simple sign-up. It involves 50 states with different choices and the online application process must interface with at least seven different federal agencies simultaneously at the flick of a key. The only barrier to achieving the appropriate technology is human bumbling and every indication is that the contractors were inept and the testing and preparation were inadequate. Several decades ago, when computers were in their development stage, there was a saying in the industry: Garbage in, garbage out. That seems to be the case with Obamacare.

The states were given choices: One is to use the federal website or to establish state exchanges. Another choice is to accept the federal subsidy to cover the working poor under Medicaid or to waive the choice and leave them without health care. Twenty-five states, mostly Republican, have chosen to reject the Medicaid subsidy, leaving an estimated 4.8 million qualified people in those states without health care coverage.

It will thus become a matter of unwritten law, an unintended consequence of Obamacare, that those who can afford health care will receive the best care that is available to them while those without the means will continue to rely on emergency rooms or only what they can afford without the benefit of pooled coverage.

The basis for the Affordable Care Act was conceived in the catchpenny halls of the conservative Heritage Foundation as a way of forcing every American to assume personal responsibility for his or her own well-being. Today, probably because the law was adopted under the patronage of Obama, the very same conservative forces are working to undermine the program.

There are two parallel dynamics at work—policy and politics. Universal health care is a desirable social policy and has been the goal of nearly every president since Theodore Roosevelt. It has been the accepted standard of living in every industrialized nation except America until now.

The politics are another matter. Republicans, led like lemmings by the suicidal Tea Party wing, are hell-bent on destroying the program as a way of attacking what they view, without saying it, as another giveaway to a growing Democratic constituency. Destroy the program and along with it you destroy those who benefit from it as well as the party to which they owe allegiance.

Obamacare, as they see it, is another redistributionist program that would see a massive shift to the poor from the wealthy and well-off not only through direct subsidies to help fund the individual mandates but through the expansion of Medicaid, the health care program for the poor that is funded jointly by the federal and state governments, as documented by columnist Thomas B. Edsall in The New York Times. Under Obamacare, the federal government would provide 100 percent of the funding for the Medicaid expansion for the first three years and after that 90 percent of the money.

Exhibiting extremes, the Koch brothers, those ubiquitous conservative sugar-daddies and avatars of a free market, are helping to fund college campus rallies and revelry that are designed to discourage young people from joining Obamacare. Young, healthy people are an essential ingredient in the program to provide balance in the risk pool to offset the greater health care needs of older people.

Republicans have voted 47 times to either repeal or defund Obamacare. And just when Republicans were polling at an all-time low because of the government shutdown, Obamacare collapsed, giving the GOP new hope and the Democrats reason to run for cover.

Republicans refuse to accept that Obama has been elected president twice—once after Obamacare was passed and when the program was basically a referendum on the president. Republican National Committee Chairman Reince Priebus gave away the game recently by proclaiming that Obamacare will be the predominant campaign issue in 2014. “We will tattoo Obamacare on each of their foreheads, and that will be what 2014 is all about,” Priebus said.

But Obama remains steadfast. His poll numbers recently dropped to their lowest point, but no lower than any other recent president at this juncture in a second term. And Democrats in marginal districts are beginning to waver and in several cases defect. Polls also show that people have become disenchanted with Obamacare because of the rollout’s adverse publicity which has overwhelmed the benefits of the program, some of which are already in effect.

But Obama’s vowed to veto any attempt to repeal his signature domestic achievement and repair crews are on the job. He hopes to have an improved and accessible website, HealthCare.gov, operating by Nov. 30 and has announced still another extension in the enrollment period. The White House has also said that fixes in the works will soon allow the web site to accommodate 50,000 applicants simultaneously.

If history were to stop now, Obama’s legacy would be written on the trash heap of the Affordable Care Act and the dashed dream that every American should be guaranteed the right to a secure life and adequate health care when it is needed. For that Obama can blame human hands and not the Republicans.