Democratic and Republican gubernatorial candidates are pandering to voters. 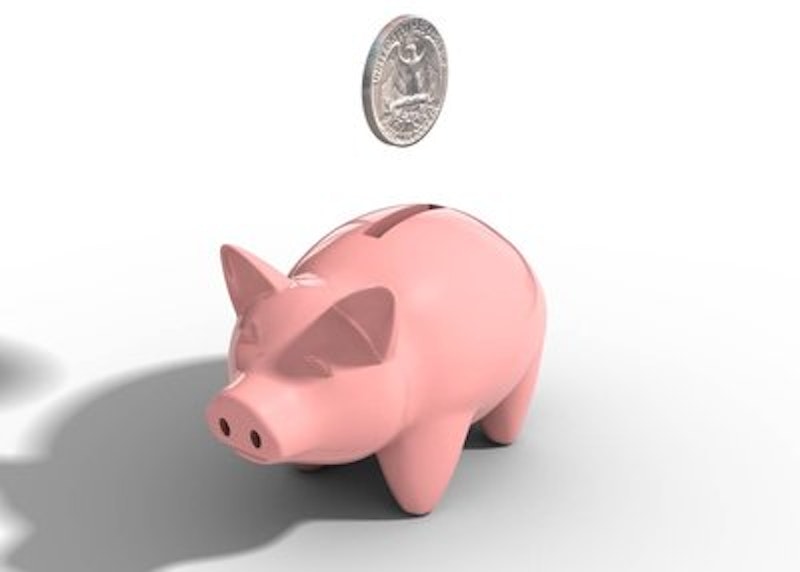 Maryland Republicans want a 10 percent income tax cut, repeal of the so-called “rain tax” and a withdrawal from the common core education initiative which, for some reason, has conservatives’ skivvies twisted (or at least parents whose kids aren’t scoring that well in achievement tests.)

Democrats are humming pretty much the same tune only in a different key. Republicans want a flat-out tax cut and Democrats prefer redistribution of wealth. Maryland, in case you hadn’t noticed, is mini-me Washington. Depending on who’s taking the lead, Democrats want a cut in the corporate income tax rate, a redistribution of the income tax burden which would give most Marylanders a tax cut, a property tax break for small businesses and a tax exemption for veterans’ pensions.

If the two parties sound almost fungible, it’s the cuckoo season again, when the contaminants of politics subvert the reason and rationality of sound fiscal policy. The latest plunder on Maryland’s treasury is the warm-up for the 2014 General Assembly session and the elections for governor, whose primary is sneaking up rapidly because it was moved from September to June of next year. Next year’s session, in fact, will be an important component of the election, almost conflating the two.

The fiscal proposals all look good on paper until the accounting begins. No one’s explained how they’ll replenish the money that funds the bottomless grab-bag of  programs that the voters expect and enjoy. A reminder to those on the outside looking in: fully 80 percent of the state’s $38 billion budget is mandated and can’t be touched without an intricate dance of legislation. Maryland law also requires a balanced budget.

The Republicans recently held their annual convention where they laid out a prescription for victory that they claim is modeled on Ellen Sauerbrey’s campaigns for governor in 1994 and 1998. Some role model. Sauerbrey campaigned for tax cuts and lost.

But she did embarrass the winner of both elections, Democrat Parris Glendening, into gratuitous income tax cuts that nobody asked for or was expecting. And by making the cuts, Glendening caused the massive and recurring structural deficits that plagued Maryland for a decade and only recently were reconciled through a series of budget restraints and tax increases. If there’s a lesson to be learned about ill-advised tax cuts, the Glendening legacy still haunts the State House.

Craig repeated the entropic wail of several Republican governors about common core, calling for an abandonment of the national standards in favor of local control. “Common core has its own set of issues, and the national test that is lumped in with it just compounds the issue,” Craig was reported as saying. Craig also wants the rain tax repealed.

Hogan’s bluster has already begun with his worn-out description of Democrats as an “out-of-touch” monopoly. Hogan was appointments (patronage) secretary under Maryland’s last GOP governor Robert L. Ehrlich Jr. and heads an advocacy group, which doubles as a campaign matrix, called “Change Maryland.”

“I happen to believe that the people of Maryland simply cannot afford another four years of O’Malley/Brown/Gansler,” Hogan was quoted as saying. “It’s about time we got the government off our backs and out of our pockets, so we can grow private sector, put people back to work and turn Maryland’s economy around.” (This is the same trickle-down economics that Pope Francis decried in a 50,000-word Apostolic Exhortation issued the day before Thanksgiving, kind of a populist manifesto from a Higher Authority.)

By Hogan’s count, Gov. Martin O’Malley has raised taxes at least 40 times during his seven years as governor. (Ehrlich racked up nearly the same number of tax hikes in only four years as governor in addition to annual budget increases of nearly 10 percent, almost triple those of the O’Malley years. To be fair, Ehrlich was stuck with the bill for the unfunded Thornton education program that Glendening left behind, further contributing to the massive structural deficits.)

After hearing Hogan’s caterwauling, it’s fair to ask: With the paralysis in Washington, and the one-party brick wall the Republicans have become, why would anyone one want to break up the Democratic monopoly that works so well in Maryland and has 2.1 million satisfied customers in favor of a two-party dysfunctional government.

Gansler wants to cut Maryland’s corporate tax rate from 8.25 percent to six percent to make Maryland more competitive with neighboring Virginia by matching their rate. The cost of similar proposals introduced in the past was estimated at a loss of $300 million a year in revenue. Virginia, for anyone who travels that route, has inadequate roads, or roads to nowhere, depending on where you’re going.

Brown, for his contribution to the tax-cut palaver, has suggested exempting military pensions from the state income tax for anyone earning less than $150,000 a year to express “our gratitude.” (Brown is an Army reservist JAG officer.) About half the states have no tax on veterans’ pensions and Maryland exempts the first $5000 in pension income.

Mizeur offers perhaps the most thoughtful and balanced approach for tax relief that parses as more than just campaign pandering to selected groups. Mizeur’s plan, unlike the others, puts back what it takes. Her broad plan would give most Marylanders a tax break of about $150 a year by tweaking tax brackets and increasing the burden on million-dollar earners by about $3400 a year. Mizeur would also increase the minimum wage, give small businesses a property tax break, streamline the regulatory process and impose combined reporting which would prohibit large corporations from sheltering Maryland-earned income in states with lower tax rates.

The rain tax is another matter. The attorney general’s office has already served notice that it will take legal action against counties that fail to impose the storm water fee to contain run-off, i.e., Carroll County, which said it would pay the money out of its treasury rather than tax residents. The Environmental Protection Agency ordered states to provide funds for the clean-up and the General Assembly authorized nine largest subdivisions to adopt the levy.

“Taxes,” Oliver Wendell Holmes observed, “are the price we pay for a civilized society.” Like it or not, and enjoy the benefits nonetheless, Maryland is a high service state where taxpayers get pretty much what they pay for. You send your tax dollars to Annapolis and in return you get schools, hospitals, roads, subways, railroads, law enforcement, clean water and air and a menu of services that all add up to the quality of life that Marylanders enjoy.

Maryland has been in the front rank of progressive states because its citizens, though perhaps grudgingly, have been willing to pay for services that are not available in many states. Maryland, for example, was first to develop and fund a statewide shock-trauma system which today is the world’s finest. It may be the only state that owns and operates a railroad, the MARC system. As sources of protein and recreation, Maryland has more inland shoreline that any other state as well as the world’s largest estuary, the Chesapeake Bay, to cleanse and protect.

Government, as it has evolved, is in the quality of life business. If it doesn’t exist to care for its citizens what other purpose does it have? The social contract between government and the people it serves is based on a simple agreement that costs money: You want better facilities and services you pay for them with taxes.