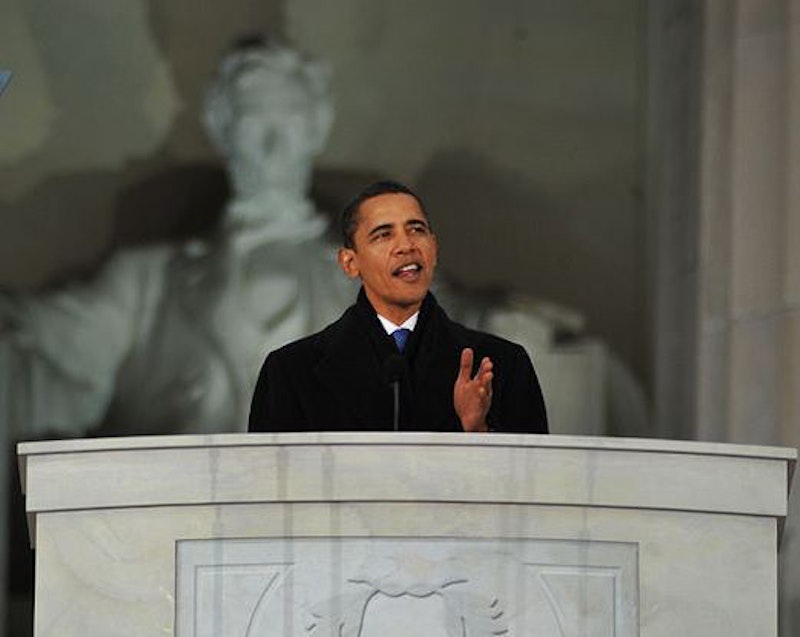 It’s still too early to write off Barack Obama’s second term as a Carter-like failure, and though it’s certain the President is sweating over the current—as in, this month—dim prospects for his legacy, I suspect he’ll have one or two periods of triumph before becoming a de facto lame duck after the 2014 midterm elections. But the clock is ticking and Obama’s lost in a fog. His latest blunder: skipping the remembrance of the 150th anniversary of Lincoln’s “Gettysburg Address.” I can’t think of any recent president who’d snub the occasion, not only for its historic significance, but also the photo-ops and distraction from the rat-a-tat-tat of bad publicity. George W. Bush would’ve been in Gettysburg if the sesquicentennial occurred on his watch, no doubt remaining silent, understanding that any words would be superfluous, and ridiculed by the media; Bill Clinton, too, would be in attendance, and even if he spoke for an hour, delivering a speech larded with emotion but not content, at least he’d have been savvy enough to understand that an appearance was a gimme.

You’ve got to wonder what goes through Obama’s mind to make such an illogical decision. Perhaps he simply thought, fuck it, I’ve already played the Lincoln card—on countless occasions—so why give the media another chance to skewer me? But politics doesn’t work that way, and if some incompetent presidential aides actually endorsed the no-show, it’s puzzling. In fact, adviser Dan Pfeiffer pleaded a “scheduling conflict.”

Besides, it’s not as if Obama’s absence would be overlooked. The Wall Street Journal’s Bret Stephens, one of today’s most insightful op-ed columnists, absolutely demolished Obama in his latest piece, one that wasn’t florid or raving or foaming or laced with purple prose, but calm and reasonable. After all, the story wrote itself.

Stephens writes: “Maybe [Obama] figured that the world would little note, nor long remember, what he said there. Maybe he thought the comparisons with the original were bound to be invidious, and rightly so. If that’s the case, it would be the beginning of wisdom for this presidency. Better late than never… There is a common view that good policy and good rhetoric have little intrinsic connection. Not so. President Obama’s stupendously shallow rhetoric betrays a remarkably superficial mind. Superficial minds designed ObamaCare. Superficial minds are now astounded by its elementary failures, and will continue to be astounded by the failures to come. Is there a remedy? Probably not.”

Obama’s recovered from self-inflicted political wounds before, but as time passes, it’s clear, as Stephens says, that he’s gone from “Candidate Cool to President Callow.”