I’ll Defend to the Death the Right to Say It

Unless you'd rather Eich not be CEO at Mozilla. 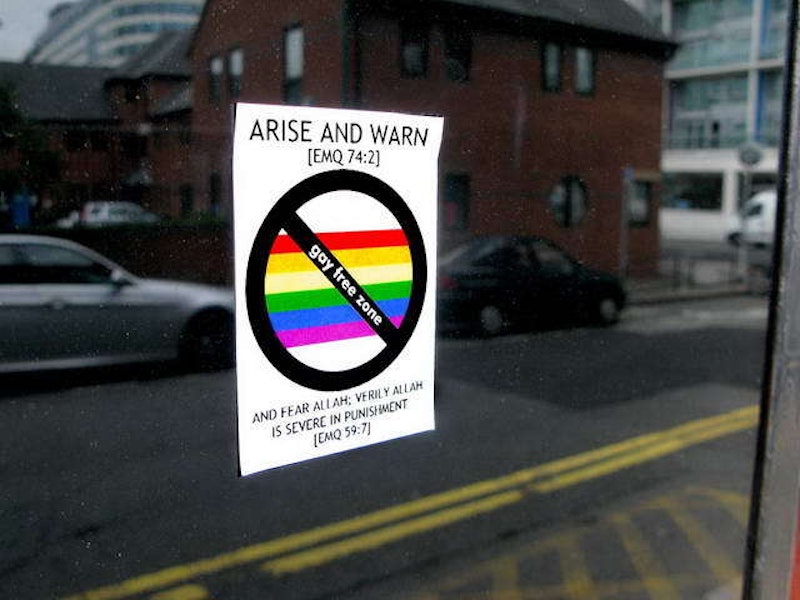 Last week, Mozilla CEO Brendan Eich was forced to resign because of his history of donating to anti-gay causes, and libertarians are outraged. Andrew Sullivan, a longtime gay activist and ardent supporter of gay marriage, lamented that "We are no better than the anti-gay bullies who came before us," and (as he is wont to do) invoked Orwell.

Conor Friedersdorf, for whom the world is paved in slippery slopes, warns that if the practice of outing CEO's for their personal beliefs spreads, "it will damage our society." Will Saletan (a self-described "liberal Republican") says that people on the left have "forgotten what liberalism is." And so on. We are all Brendan Eich.

I don't hate libertarians or liberal Republicans (I write for Reason on occasion) and I've admired Sullivan, Friedersdorf and Saletan in the past. But the hue and cry here is over the top. Eich was not forced out by some sort of government diktat, nor was there (as Sullivan implied, at first, before backing off) some sort of organized radical leftist coup. Rather, the people associated with Mozilla—its employees, customers, and apparently some members of its board—spoke up and said they were uncomfortable having Eich represent the company. Mozilla then decided that its CEO was damaging its progressive brand, and kicked him to the curb because corporations (or, in Mozilla's case, non-profits) can fire whomever they please. That's not the dictatorship of the proletariat. That's free speech and unfettered capitalism. Libertarians are supposed to like those things.

What Sullivan et. al. don't like is the blurring of public and private spheres; they worry that people in the future might be unwilling to express political opinions, or donate to political causes if they’re worried that they may jeopardize future employment. Or as Friedersdorf puts it:

It isn't difficult to see the wisdom in inculcating the norm that the political and the professional are separate realms, for following it makes so many people and institutions better off in a diverse, pluralistic society. The contrary approach would certainly have a chilling effect on political speech and civic participation, as does Mozilla's behavior toward Eich.

The question, though, is how far is this separation of political and professional supposed to go? If Eich had donated money to Stormfront or the KKK, would Friedersdorf expect Mozilla to back him when customers boycotted the browser? What if he'd donated to NAMBLA? Or some organization that wanted to roll back the vote for women?

One of Sullivan's readers made an argument along the same line, and Sullivan responded with an outraged, now-opposing-gay-marriage-is-equal-to-supporting-Nazis-what-have-we-come-to, etc. But the point isn't that opposition to gay marriage is equivalent to the gas chamber. The point is that there are things a high-profile employee can do in his or her private capacity that will reflect poorly on his or her employer. A company that cares about openness isn't going to have a Nazi supporter at its helm, if it can help it. The question then is not whether public and private spheres should be absolutely separate; the question is what kinds of lines are you going to draw and where.

Saletan points out that the excuses used to dump Eich are the same that people used to use in order to justify refusing to hire gay people—that is, that gay people reflected badly on the company, and they created the wrong image.  Saletan sneers, "It used to be social conservatives who stood for the idea that companies could and should fire employees based on the ‘values’ and ‘community standards’ of their ‘employees, business partners and customers.’" The point is that every moral stand is the same as every other one; firing an employee for being gay, black or Jewish is exactly the same as firing your CEO because he associated himself with bigotry and your clients are pissed off about it. Free speech is absolute—unless it's people saying that some guy working to deny them the right to marry makes them uncomfortable. Then free speech is tyranny.

The truth is that neither America nor any society in history has ever allowed the expression of any and every opinion sans consequences to everybody. Free speech is a moral commitment, but it isn't the only one, nor should it be. Capitalism and consumerism are hugely important in our society; people are going to bring their values to their business dealings just like they bring their values to everything else. If it's really important to you that people don't get fired for heterodox opinions, then the thing to push for is probably stronger unions and laws restricting employers power to fire employees at will. Teachers, in particular, could use legal protection, or at least increased awareness of the extent to which their personal lives are being policed. But speaking up loudly in the name of free speech to tell others to shut up about the political actions of this one particular CEO—well, obviously I don't want to make a law against it, but it’s not likely to convince anyone.