Election-year promises that cost nothing. 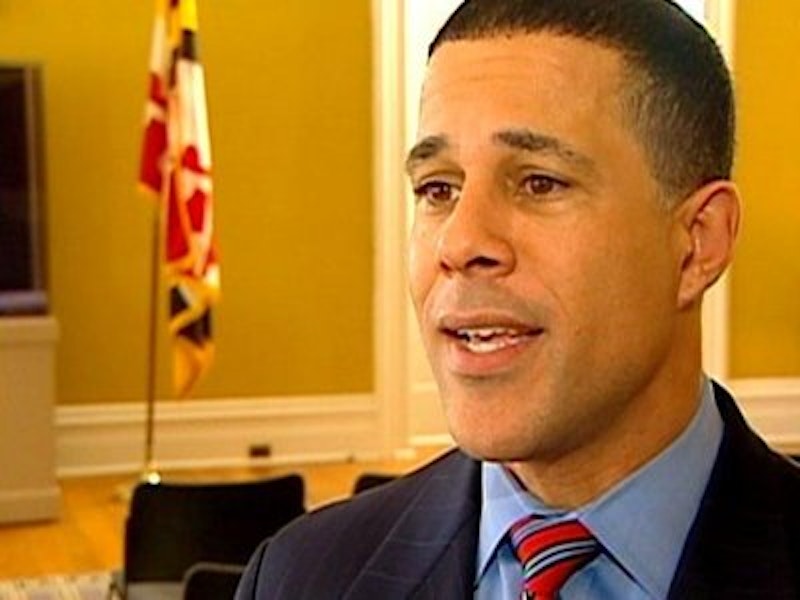 The Maryland General Assembly’s valedictory session was a wintry season of gesture politics, legislators’ polite tip-of-the-hat to nearly every voting constituency that blurs seamlessly into an election campaign in which candidates for governor are piling up promises that could cost the next administration millions and a desperate search for new revenue.

Gesture politics is a form of recognition. It’s a variation on the all-politics-is-local meme, legislation for the symbol-minded, if you will. The coinage is not intended to trivialize the product but signals the legislature’s cautious election-year warm-up to an accelerated campaign and a rear-view wave goodbye to term-limited Gov. Martin O’Malley (D). Has it been nearly eight years already?

And it all happened under a hell-to-pay hex cloud of the total collapse and eventual abandonment of the state’s health insurance exchange, a sure raspberry for Maryland’s boastful high-tech, state-stat governor and his heir-designate and unwired understudy, Lt. Gov. Anthony Brown.

Those were but some of the obvious gestures. They are all important to some individual or constituency and, when combined, they add up to one huge clump of voters, which is the point of election-year sessions. The best part: they cost very little money. This year is especially significant for a voter round-up, because the nose-counters in Annapolis anticipate a turn-over of about 40 percent, more or less, in the General Assembly’s 188-seat membership in the accelerated June 24 primary election.

But the big deals are those with dollar signs attached. And the biggest of them all, of course, is the state’s tenuous $39 billion budget which had to be glued together by pilfering $200 million in state employee contributions to the pension system. Juxtapose that with a tax break for the rich that will cost the treasury more than $100 million a year and you’ll begin to appreciate the revenue dilemma the next governor faces. The tax break is an increase in the estate tax exemption by bringing Maryland’s $1 million threshold into line with the higher federal figure of $5.34 million.

The most battle-weary bill of the session was, perhaps, O’Malley’s signature legislation to increase the minimum wage in Maryland to $10.10 an hour from the current $7.25, the federally fixed rate. The compromise worked out with legislators extends the effective time-line to 2018 and brackets workers who care for the severely handicapped who are paid out of state Medicaid funds. Maryland becomes the second state, following Connecticut, to adopt the $10.10 minimum wage. Two Maryland Counties, Montgomery and Prince George’s, had already established $11.50 hourly minimums.

Maryland has had a chronic problem with structural deficits—a financial crunch that occurs when projected spending is more than anticipated revenue. The problem began during the administration of Gov. Parris Glendening (D) when he signed the Thornton education funding program without funding it and simultaneously made a gratuitous election-year cut in the state’s income tax rate when nobody wanted or expected it.  Glendening left the bills for both to his successor, Republican Robert L. Ehrlich.

O’Malley inherited the problem as well and has attempted to solve it with a combination of increases in tolls, taxes and fees (40 in all, according to Republicans), budget cuts and low growth rate in the budget that averaged about three percent a year. But O’Malley, by contrast to Ehrlich, has been hampered by a weak economic recovery and shrinking sales and income tax revenues.

The problem lingers and the next governor will not be immune. Republican candidates are proposing huge tax cuts and even the elimination of the state income tax. And Democrats are promising an enticing array of social programs that will cost millions, among them the hot progressive cause of the moment, universal Pre-K. Funding them is another matter. Many proposals were tied to revenues from the legalization of pot which was left for another year.

The session was almost like a parody of the shakedown by the producers of the Netflix stiletto-in-the-back riff on Richard III, House of Cards, who demanded a bigger chunk of the state’s treasure to stay put or else they’d pull up stakes and relocate to a more rewarding tax-break state. They got their tax break.

The Affordable Care Act played out exactly as it was supposed to. The Congressional Budget Office projected an enrollment of seven million. The final count was 7.1 million. Massachusetts, the only state with previous experience in mandatory health care, had witnessed a last-minute rush to swell the numbers and suggested a replay at the federal level. ACA web sites and personal navigators were jammed well beyond cut-off time.

Predictions of the ACAs demise were greatly exaggerated and its success largely underestimated. Republicans are now terrified that they’ve lost an issue and Democrats are too timid to boast even though they’ve been encouraged by their head cheerleader, President Obama. The 7.1 million sign-ups do not include those who joined Medicaid nor do they take into account those between ages 18-26 who are now carried on their parents’ insurance plans under the new law.

But there were few if any states that suffered more public humiliation than Maryland, which chose to go it alone rather than piggyback onto the federal platform. Like the federal program, Maryland got off to a petty-paced, botched and bungled start. But the federal program recovered. Maryland’s did not. And now Maryland must assume the technology of another state, Connecticut, one of the most successful health care marketplaces in the country.

Maryland has spent $129 million, much of it federal money, to build and operate a system that crashed and burned almost from the minute it launched. And now it must lay out another $40-$50 million to borrow and get the Connecticut system up and running by the next enrollment period that begins Nov. 1.

Maryland is now the subject of a federal investigation as well as the scrutiny of a legislative committee to determine what and who went wrong. At a Congressional committee hearing, Maryland Health Secretary Joshua M. Sharfstein suggested that Maryland will try to reimburse the federal government as it recaptures money from contractors who bollixed the job.

And as the campaign for governor intensifies following the adjournment of the General Assembly session, the leadership abilities of Anthony Brown will assume a magnified role. O’Malley assigned Brown responsibility for implementing the health care marketplace. Brown’s dubious role in the health care backfire has been repeatedly questioned by his Democratic rivals for governor, Attorney General Douglas Gansler and Del. Heather Mizeur (D-McCo). Even Senate President Thomas V. Mike Miller (D-Calvert), who has endorsed Brown, said publicly that the assignment should have gone to someone with internet technology experience. Now that’s praising with faint damns.