Real discussion of women’s health: an abstract concept to those on both sides of the issue. 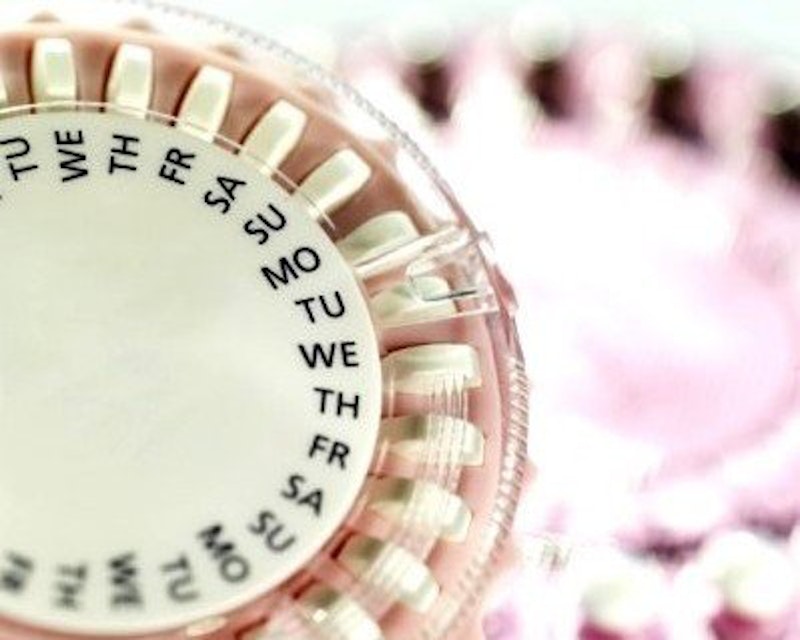 The contraception mandate in the Affordable Care Act, from its inception, has been a thorn in the side of the religious. The argument has been that using hormonal contraception is tantamount to paying women to have sex. While the left will defend a woman’s right to family planning, they tend to be erroneous in their own statistics, lumping condom use in with hormonal contraception. But what both sides constantly overlook is that the majority of hormonal contraception users, nearly two-thirds according to the Guttmacher Institute, are using it for medical reasons.

When Sandra Fluke testified before Congress to defend the contraception mandate, the core of her speech regarded hormonal contraception’s medicinal purposes, particularly in managing the symptoms of polycystic ovary syndrome (PCOS), one of the leading causes of infertility. But thanks to Rush Limbaugh and a lazy media, the religious right has won the propaganda wars, and any real discussion of women’s health remains an abstract concept to many people on both sides of the issue.

One of the things that has gotten lost is that we are discussing hormonal contraception, the kind that requires a prescription from a doctor. We are not talking about anything available over-the-counter. But most significantly, we are talking about contraception used as hormone therapy. Medicinal contraception use can be broken down into three categories: treatment for menstrual problems, management of chronic conditions, and as an auxiliary treatment for other health problems. What these three groups have in common is that the problems are all rooted in hormonal irregularities, and for nearly all of these cases, birth control should really be thought of as hormone therapy that happens to prevent pregnancy.

In order to understand contraception’s medicinal use, it’s important to understand how it functions. The birth control pill works by achieving two ends: it uses estrogen to regulate the menstrual cycle, and progesterone to “trick” the body into believing that it’s pregnant all the time. Contraception will block the surge of luteinizing hormone (LH) that encourages the ovaries to release eggs into the fallopian tubes. The endometrium, or uterine lining, is thinner, therefore inhospitable to the occasional fertilized egg. Finally, the Pill will also thicken the cervical lining to create a barrier between semen and the egg.

The most common uses for hormonal contraception are to treat menstrual problems, like excessive bleeding (menorrhagia, which can lead to iron deficiency), menstrual migraines, severe cramps (dysmenorrhea), severe acne, pre-menstrual syndrome (PMS), and pre-menstrual dysphoric disorder (PMDD). It’s worth noting that cramping itself is actually contractions of the uterus, like in childbirth, to shed the endometrium. However, during the menstrual cycle, the contractions shouldn’t be as dramatic as they are during childbirth. Many of these problems are caused by hormonal imbalances, and birth control works by either reigning in excessive hormone production on one end, or encouraging more hormone production on the other.

There are two major chronic conditions associated with medical use of hormonal birth control: endometriosis and polycystic ovary syndrome (PCOS). Endometriosis is when the same cells that create the endometrium, or uterine lining, form outside the uterus. They will usually form around the ovaries or fallopian tubes, but can also be found attaching themselves to the abdominal wall, or travelling as far as the lungs or hamstrings. This can cause chronic pain in the affected regions, especially during a period. This is because those cells will continue to behave as though they are in the uterus, providing a lining for potential fertilized eggs. Within the uterus, that unused lining will be shed through the vagina; the endometrial cells that have attached to other organs will also bleed, irritating those areas, and forming scar tissue. When endometrial cells attach to the ovaries, they can prevent the release of an egg, causing cysts to form. Because of how the endometrial cells fill with blood, they can force the cyst to grow rapidly, have a high risk of rupturing, and will likely result in surgical intervention. The form of hormonal contraception most associated with endometriosis is medroxyprogesterone acetate, which is used in long-term contraceptives like the Depo-Provera injection or an IUD like Mirena.

PCOS is a complex hormonal disorder that causes severe acne, excessive hair growth on the face and body, and a failure to ovulate. The imbalance of hormones, particularly the excess of androgens (male hormones), causes the eggs to not fully release from the ovaries, forming cysts on the organ. While the risk of rupture is present, it’s not as likely as with cysts caused by endometriosis. Hormonal contraception is used to keep the abundant androgens in check, keeps the ovaries from expelling the eggs and forces the uterus to shed its lining (an abundance of unshed endometrium has been associated with the formation of uterine fibroids and endometrial cancers).

Another common use is to encourage a menstrual cycle in women whose endocrine systems have been damaged by eating disorders like anorexia, bulimia, and female athlete triad, or cancer treatments, or by long-term narcotics abuse. What all of these conditions have in common is a sudden drop in body weight. This will cause the body to go into famine mode, which means it is looking to conserve energy any way it can. And easy way to do that is to shut off the menstrual cycle and return hormone production to prepubescent levels.

Because of cancer’s chemotherapy and radiation treatments, some women are encouraged to use hormonal contraception because pregnancy would simply be too risky, creating more work than the body can handle; and the exposure to chemotherapy and radiation would cause great harm to the fetus, invariably resulting in a miscarriage. There is speculation that using contraception during cancer treatment may also conserve the eggs and preserve fertility, but according to the American Cancer Society, this research remains inconclusive. Research into drug abuse’s permanent effects on the menstrual cycle and fertility is in its infancy, but we do know that narcotics do affect the part of the brain that regulates the cycle. This, in conjunction with abnormal weight loss, does put stress on the endocrine system, so to consider the possibility of permanent damage doesn’t strike me as frivolous.

As a woman ages, and starts to enter a pre-menopausal stage, her periods maybe become painful and irregular, and it is common to prescribe hormonal contraception to treat these symptoms. It can also be used to treat menopausal women who are suffering with severe hot flashes and acne flare-ups.

Also, long-term use (three years or more) of hormonal contraceptives has been associated with decreased risk for certain cancers, including endometrial cancer, colorectal cancer, ovarian cancer, and cervical cancer.

In addition to all of the aforementioned medical uses of contraception, it does prevent pregnancy—and for some women, pregnancy is a potential death sentence. While maternal mortality has dropped significantly in the 20th century, pregnancy was considered so risky that in 1917, it was legally classified as a disease, which set the legal precedent to overturning the ban on disseminating information about contraception through the mail.

With all of this in mind, it only makes the anti-contraception zealotry of religious fanatics look all the more irresponsible. Yes, there can be alternatives to hormonal contraception to some of the conditions. And all medications have their side effects. So much of preserving and protecting one’s health is entirely situational that imposing one’s religion is not only a rude intrusion; it’s possibly lethal to do so.

If the Supreme Court rules in Hobby Lobby’s favor, where does that leave women who need hormonal contraception for medical reasons? It would appear that if religious employers like Hobby Lobby had their way, they would be allowed to review a woman’s medical history before allowing her contraception coverage—if at all. There are people who maintain that medicinal use of hormonal contraception is a ruse to make bad girls look good. Those kinds of people will probably never be won over no matter how much scientific evidence is presented, which is why the mandate should be allowed to stay as it is. Many have made the slippery slope argument that if employers are allowed to opt out of contraception coverage on the basis of religion, there’s nothing to stop other employers from not covering vaccinations or blood transfusions or mental health treatment if they can make a religious case against it. If we are going to defend freedom of religion, then we must defend freedom from religion.