I Had to Block an ISIS Sympathizer

Some things are just indefensible. 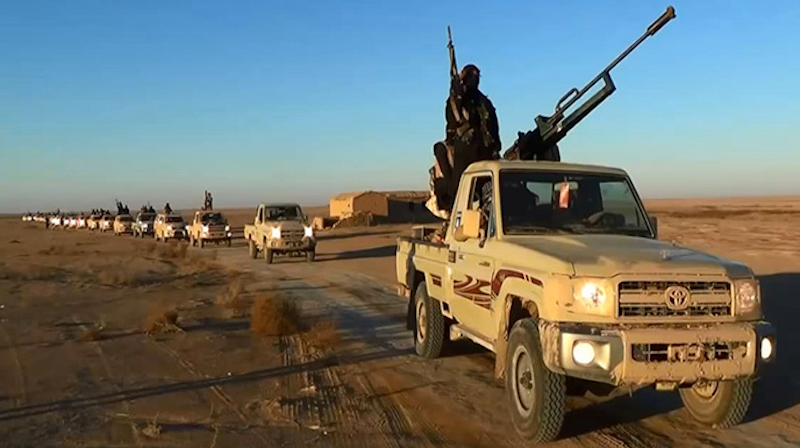 Give me a reason why I should tolerate being bashed and accused of “sensationalism” on Facebook for supporting the Yazidi children and women captured and enslaved by ISIS who invaded Sinjar for that twisted purpose? And yet, a friend, one whom I helped with graduate school essays, gave a copy of The Narrative of the Life of Frederick Douglass, and saw many times at Occupy Baltimore, couldn’t take a moment’s rest from cookie-cutter anti-American sentiment to accept that something gravely wrong—the Islamic State’s organized and active sexual slave trade of Yazidis—needs to be condemned.

This started when I read and then posted one of the most compelling stories on the subject, “ISIS Enshrines a Theology of Rape” by Rukmini Callimachi of The New York Times. Admittedly, I included with the shared article a comment calling ISIS “deplorable scumbags.” But I couldn’t sleep after reading the report. ISIS authorities and militants have degraded the Qur’an to the point where it’s no longer recognizable in their hands. Callimachi interviewed survivors and wrote about disgusting men kneeling down on mats and faking their love for merciful Allah before violating slaves, many of them children. Who could possibly mount a justification of this behavior? ISIS thinks Yazidis are devil-worshippers because they pray to “Taus Malik,” the peacock angel. I think ISIS is the devil, because its militants rape slaves, throw gays off buildings, transform children into murderers, and experiment to find the most dramatic executions of prisoners. And yet, according to my friend, I’m the sensational one who needs to sit down and shut up.

My friend’s complaint was that I wasn’t simultaneously mentioning any of the bad things that’ve befallen Afghanis and Iraqis at the hands of the US military. I accepted the point as a valid criticism but reiterated the urgency of raising awareness about the large-capacity, specific sexual slave trade currently at work under ISIS. My friend’s next counter was to re-up the relativism and apologize for ISIS by saying, “Yeah, but kids are being trafficked all the time in the United States too.” I assured the person that I’d share any relevant articles on that topic as well; we liked each other’s comments and the conversation died off. Feeling okay about the reconciliation with this friend, I then did something weak and self-censoring. I removed my denunciation of ISIS from the post, because, I reasoned, the “scumbag” rhetoric might be unproductive as it obviously offended a friend.

At the same time, I couldn’t calm down. It felt like I’d given up. I thought of Yazidis being tortured and humiliated in slavery. By appeasing the sensitivities of an ISIS apologist, merely because we had been friends, I was now complicit in the politically correct stalemate that is allowing ISIS to grow and destroy lives. I was furious. I went to a book launch party in Brooklyn and drank beaucoup de vin. In a sea of emotions, I called my mom after the book event and she immediately wanted to talk to me about what transpired on Facebook. “You never have to censor yourself. You said nothing wrong. You were sharing an important news piece on the abuses that young women are suffering under ISIS.”

It was the empowering truth that I needed to hear. I broke down and started crying, because I did feel passionate about the urgent need to raise awareness and help free the Yazidis. I’d let the first rebuke from a friend steamroll my good intentions. Besides, that friend should have known that it was not the first time I posted about the Yazidis or the crimes of ISIS. For example, before posting the Times piece, I shared the United Nations’ “Statement on the first anniversary of the Sinjar tragedy,” among other pieces on the subject.

When I got home and was on the computer I saw that two family members had stepped forward to post in the comments and assure me that I didn’t need to scale back my passion to accommodate people so indoctrinated in political correctness that their moral intelligences have been blunted; I was restored and whole again. I clicked like on their supportive comments and went to bed.

When I woke up at nine a.m., I discovered that my friend was there again in the comments, this time bashing my family and saying that I was “not worth the time and energy.” I deleted the entire post and blocked that ISIS sympathizer. As I later tweeted, “I am willing to lose followers and friends while defending the Yazidis against slavery and in so doing bashing ISIS.”