Perhaps Biden will kill us all. 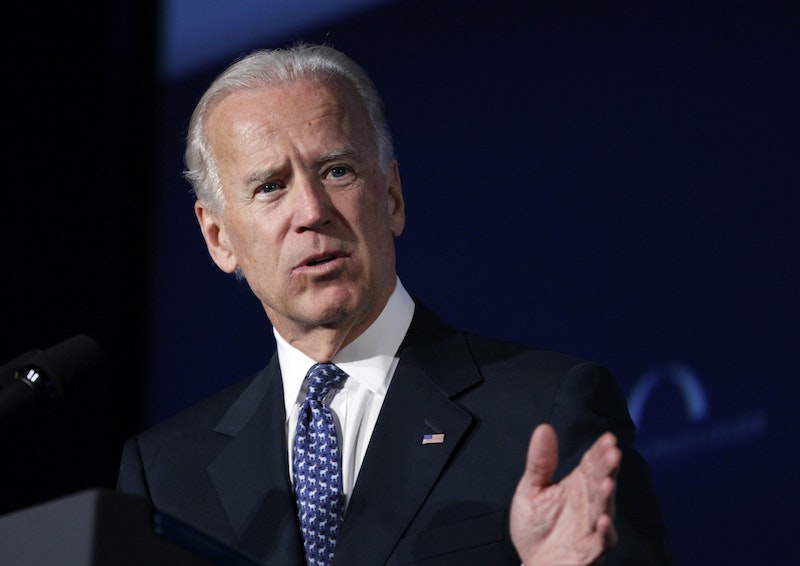 I’m sure we can all sympathize with Joe Biden, given the emotional rollercoaster he must be on right now, losing a son to brain cancer a few months ago but now perhaps announcing his presidential candidacy. And in a car accident many years ago, Biden lost his first wife and one daughter as well, though he and his second wife have lovely daughter Ashley. But in a world this filled with uncertainty, are you sure goofy, reliable, lady-touching, smilin’, mainstream Joe Biden won’t cause World War III?

His surviving son Hunter—the one perhaps wrongly accused this week of having an Ashley Madison account—was, after all, appointed to the board of Ukrainian oil company Burisma in 2014, a mere two months after the Ukrainian coup that split the country into an EU-allied western half and Russia-allied eastern half (no time for details!).

I’m sure I’m not the only person who noticed the ambiguous Ukraine squabble suddenly being catapulted to the level of existential war-for-democracy in the minds of the establishment right around the same time that we all learned how much EU-directed business had been riding on Ukraine remaining EU-allied instead of Russia-allied. (I even had an Ivy League professor email me out of the blue to complain that Ron Paul wasn’t anti-Putin enough, as if a memo had gone out to tamp down resistance to the retaking of all of Ukraine, almost before most of us noticed it had been divided, let alone that Paul had a position on the matter.)

So now, if Hillary goes to jail, Bernie Sanders is just slightly too socialist even for a leftward-drifting America, no one’s quite ready for another Bush, and Trump is still laughed at by a majority of the population, we may end up with a president whose son’s fortune may well ride on the re-conquest of an Eastern European nation torn between superpowers. That sounds like a formula for big trouble to me.

Imagine if it were a son of Jeb Bush over there, running an oil company in the middle of a potential superpowers warzone. The left would probably rise up and beat Jeb to death with Dick Cheney.

I see one potential silver lining, though: Putin and Biden are well-matched in many ways. I believe neither man is an ideologue. Despite the frothing claims of both hawks and Wilsonian democracy-idolizers among the globalists, Putin is basically an unprincipled pragmatist who grabs the stuff he needs when it’s not too risky to do so—little bit of Georgia over here, little bit of Ukraine over there, some gas pipelines, hunker down, we’re done. Rather than dreaming of invading England, he can probably live quite contentedly with a divided Ukraine, as he has with a divided Georgia—not that I’m applauding nabbing either, but then again, he’s not the one who launched a coup over in western Ukraine.

And Biden? Well, oddly enough, Farsighted Joe was one of the only prominent politicians a decade ago saying that trying to keep Iraq together as a single country was futile and that it ought to just be partitioned into three separate ones, which is about how things appear likely to turn out. So probably Biden can live with that. And maybe he and Putin can reach a friendly accord partitioning Ukraine permanently as well.

All right, I take it all back. Pragmatic Biden is our best hope of avoiding World War III. Maybe.