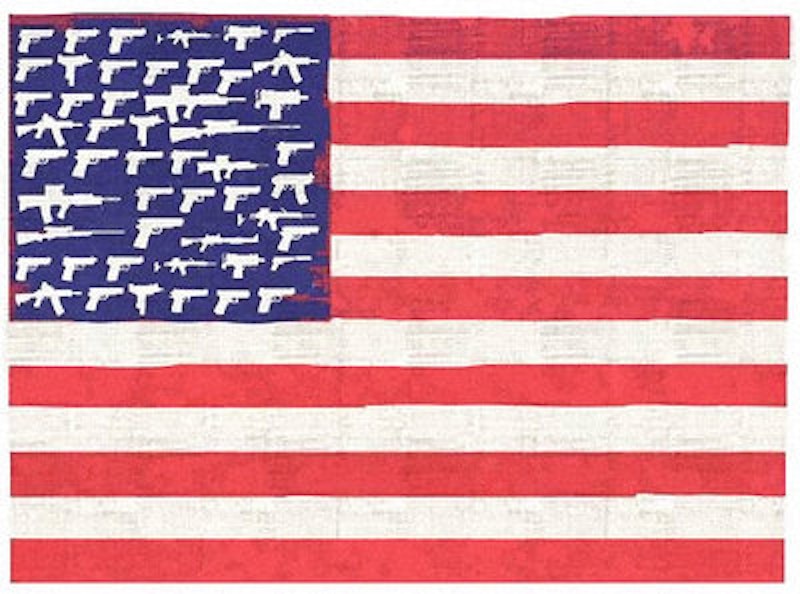 Reality TV has become too real: a television reporter covering the news becomes the news by being shot dead while reporting a story on live TV. The plot becomes even more twisted as the shooter records and posts his own dastardly deed on social media and the photojournalist’s camera continues recording even as it drops to the ground with its slain operator, freeze-framing the assassin in full frontal view. The macabre episode is the warp of our times.

The story will have legs, as was once said, for about a week, with the national attention span being what it is and a presidential campaign in medium swing, about as long as a TV remote’s click. Shootings happen with such numbing regularity that they’re no longer an issue beyond the immediacy of public grief of thoughts and prayers issued into the cloud on Twitter and Facebook.

The secondary issue in this bizarre story of embitterment and revenge, subordinate to the murders, of course, is the use of social media as enabler. The attention should be directed instead, as it usually is for a day or two, to guns and their easy accessibility, especially in Virginia where the murders occurred and where straw purchases are a lucrative underground business. (Many weapons used in gun-related crimes in Maryland have been traced to straw purchases in Virginia.)

Social media did not cause the murders. The crimes were committed by a man with a gun. And the gun was purchased two days after the mass murder of worshipers at a black church in Charleston, South Carolina, which, by Vester L. Flanagan’s own testimony, set him off on a racial rage that led to the on-air slayings of Roanoke’s WDBJ reporter Alison Parker and her cameraman Adam Ward. Flanagan eventually took his own life. The premeditated plan was carried out with lethal efficiency.

The 22-page narcissistic screed that Flanagan sent to ABC News was the rambling of a tortured and delusional gay black man who saw in his co-workers wherever he was employed, and eventually fired, hot-tempered excuses for his failures and the shortcomings of his own modest talent that often ended up with unsubstantiated charges of discrimination. He leaves a trail of pink slips and reprimands for his surly behavior. Flanagan was just the kind of person who should’ve been denied the purchase of a gun. Not one but two Glocks as well as a cache of ammunition were found in Flanagan’s crashed car.

America is obsessed with guns. It’s an indelible statistic that there are more than 300 million guns in circulation in America, probably more guns in the hands of civilian owners than in the rest of the western world combined. (The 15 European Union nations, with a combined population of 300 million, have a total of 84 million firearms in private hands, according to a study by the Graduate Institute of International Studies in Geneva.)

America has five percent of the world’s population but 33 percent of its gun-related murders. There is an average of 92 killings a day or about 35,000 a year. Yet every time a mass murder occurs, the number of gun purchases increases because gun-lovers fear a tightening of restrictions.

Tumbleweed towns and cities in the old Wild West had more stringent gun rules and laws than many states have today. In Dodge City, for example, guns had to be checked at the door when a carrier entered a saloon. Today, many states, including Virginia, have permissive carry laws. The public has been clear following each recent mass murder—Colorado, Virginia Tech, Columbine, Sandy Hook, Charleston, Roanoke (which technically may not qualify)—that it favors by at least 80 percent in most polls the broadening of background checks as a condition for gun purchases.

President Obama has on several occasions proposed such legislation only to be thwarted by Congress. The White House has now renewed its call for “common sense” gun reform. And in Virginia, Gov. Terry McAuliffe (D) has proposed mandatory background checks but he, like Obama, bucks a Republican-controlled legislature. And again, McAuliffe, like Obama, has renewed his call for stiffer controls on gun purchases, (Maryland’s strict gun law requires background checks as well as a 10-day waiting period.)

America, without a question, has the best Congress that money can buy. According to the Center for Responsive Politics, the National Rifle Association (NRA) contributed $1,022,237 in the 2012 election cycle to members of Congress and/or their political action committees (PACs), mainly Republicans. Eighty percent of the candidates on the NRA’s selective list won, tightening its vendible grip on Congress.

The NRA has become a strident and aggressive lobbying force only within the past 25 years. Before the change in behavior and mission, the NRA was a kind of grass roots social organization that was devoted mainly to teaching gun safety. Today it claims a paid membership of six million and is underwritten largely by firearms and munitions manufacturers.

According to the Violence Policy Center, and several other studies, the NRA’s “corporate partners,” as the NRA euphemistically describes them, contributed between $14.7 million and $38.9 million over the past 10 years. They include Arsenal, Benelli, Beretta USA, Browning, Glock, Remington Arms Co., Smith & Wesson and Springfield Armory, among others. Of the 22 gunmakers, 12 manufacture and sell assault weapons. The NRA shills for gun merchants, bought and paid for. (Beretta USA is moving its manufacturing operation out of Maryland to Tennessee, it says, because of the state’s strict gun control law.)

The NRA has adopted the Second Amendment as its lodestar, a sacred text not to be tampered with, abridged or interpreted in any manner except of their choosing and accommodation. The rigidity of the NRA’s position is an ironic juxtaposition with the stance of several Republican candidates for president who favor tampering with the Constitution by repealing the 14th Amendment that guarantees birthright citizenship.

The Second Amendment is a grammatical mish-mash of misplaced commas and convoluted structure that has produced ambiguous and uncertain interpretations for more than 200 years. The original draft by James Madison was so poorly constructed that it had to be rewritten by Thomas Jefferson. Even that rendition remains open to interpretation and debate due, in large part, because of an errant comma. The Harvard legal scholar and Second Amendment authority, Lawrence Tribe, has changed his mind on the amendment’s intent a couple of times because of its ambiguity.

The Second Amendment has reached the Supreme Court only once, mainly because the NRA has been wary of the outcome of legal challenges. In that case, the court ruled in favor of individual gun ownership rights, but even the curmudgeon Justice Antonin Scalia wrote that gun ownership has its limits, meaning that the Second Amendment is open to re-examination and re-interpretation just as any other.

But the very same court has enabled the wholesale purchase of Congress by organizations such as the NRA by its Citizens United ruling, easing the way for much of Congress’ obstructionist knee-jerk behavior and the consistent thumbing of its nose at the public despite the outcry for action. (This is, parenthetically, a major reason for Donald Trump and Sen. Bernie Sanders’ success as outlier candidates for president.) As the NRA likes to say, guns don’t kill, people do. Yes, but they do it with guns.