Identity politics will doom the Party in 2018. 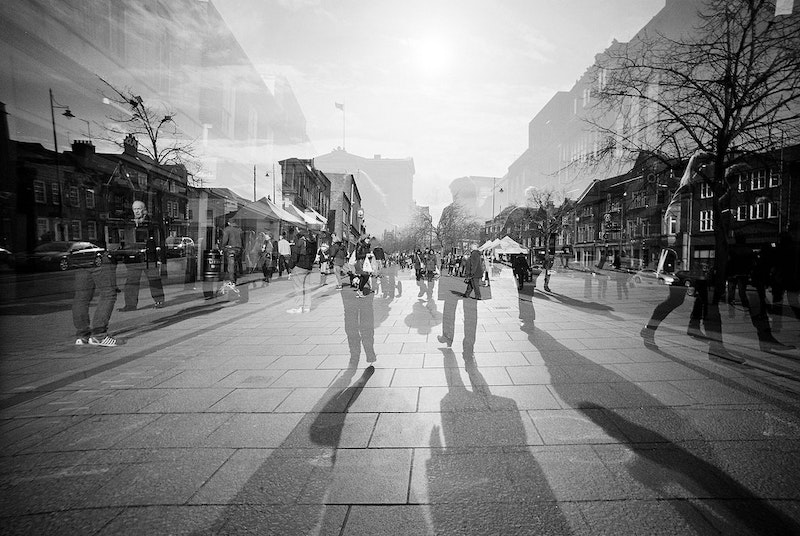 Donald Trump is worrying the Democrats since he's assumed the presidency. His war on the media, assisted by his post-truth heavies Sean Spicer, Kellyanne Conway, and Steve Bannon, his continuing obsession with inauguration crowd numbers, and his fact-free mass voter fraud accusations are telling them that their worst nightmares are about to become true.

Movements like the one Trump talks of take off fast once the election’s won and continue full speed ahead until something stops them. There's no place for moderation. The one bulwark against the chilling prospect of 208 straight weeks of Trump backed by a GOP-controlled Congress is the Democratic Party, which is in such disarray and so divorced from reality that it lost to a proto-fascist reality TV star. If you feel uneasy with the thought that the Democrats are up to the task, you're probably paying attention.

The Democrats are still stuck back in 2012, when they had Barack Obama at the helm and playing identity politics still worked for them. Hillary Clinton came up short running on Obama's coattails because the coalition built around Obama doesn't work without him as the candidate. There are plenty of troubling signs the Democrats haven’t learned enough from their devastating drubbing in November.

The midterm elections are normally an opportunity for the opposition party to regain lost ground. If the Democrats wish to reverse this historical trend in 2018, they should choose Sally Boynton Brown, executive director of Idaho's Democratic Party, as their DNC chairwoman. At a recent forum for candidates for that job, she used words straight out of the intersectionalist playbook to instruct Democrats on "how to shut their mouths if they are white." She also said, “My job is to shut other white people down when they want to interrupt.” The Democrats have a prominent leader who thinks it's her job to tell people of a certain race to shut up, not to facilitate a dialogue. This is great news for the GOP.

The intersectional approach the Democrats have embraced is political suicide. It promotes tribalism over the greater good, and once you've released tribalism it's hard to rein back in. Reining it in, however, is exactly what they must do to regain equilibrium. This requires a ruthless purge of the intersectionalists. People like Brown and pro-Saudi Arabia and pro-Sharia “feminist" leader Linda Sarsour, who once tweeted that she wished she could take away Ayaan Hirsi Ali and Brigitte Gabriel’s vaginas, that they need an ass whipping, and “don't deserve to be women.” Feminist and former Muslim Ali was victimized by female genital mutilation as child.

The Democrats have morphed into a secular mirror of the religious right. Instead of religion, they use their victim-based ideology to regulate behavior with strict, absurd PC standards. They’ve become the party of the double standard, tolerating criticism of Christians while censoring any hint of it against Islam. Burying the losing ideology of intersectionalism is the remedy. Maybe the Democrats think they don't need to try to recapture the votes they lost to Trump in rural Midwestern counties because they have the demographic trends on their side. They may want to keep in mind, however, that Trump won a greater percentage of black and Hispanic voters than Mitt Romney did. The Democratic Party needs to move back towards the political economy. History shows they have an advantage here. Since the Great Depression, the nation has performed better with a Democrat in the White House in the categories of personal disposable income, GDP, gross corporate profits, and average annual compound return on the stock market.

The Democrats lost their way when they moved away from the universally grasped “It's the economy, stupid” mantra to catering to various tribes, thereby inviting internecine culture wars. Hillary Clinton profited from the division, as there wasn't sufficiently unified opposition to her neoliberal policies. Bernie Sanders took the route of political economics and was told he didn't pay enough attention to minorities, even though his policies were designed to benefit them.

There’s a great wave of global ethno-nationalism under way, and tribal politics is no match for it. Perhaps it's too much to expect of the Democrats to gain instant self-awareness and right the course. No addictions, including identity politics, are kicked instantly. If Sally Boynton Brown gets the DNC job, you'll know they haven't a clue.