Human Rights are Not Western Values

Another fight against tyranny. 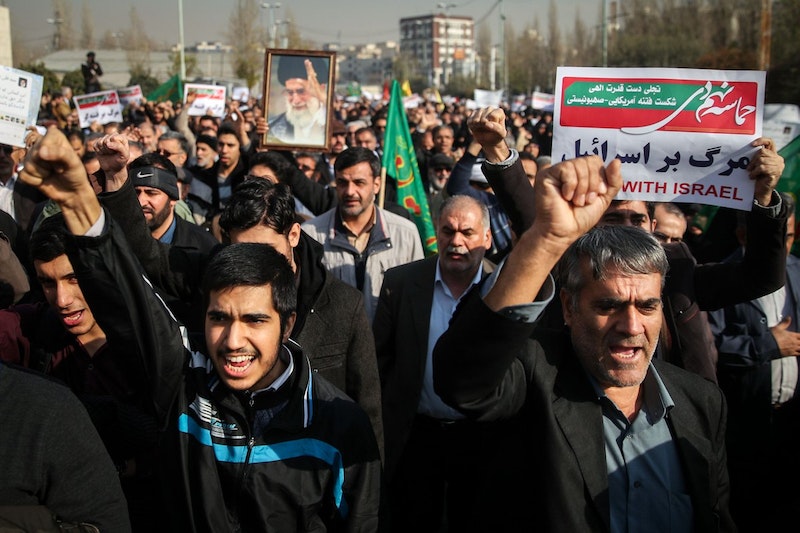 A few days ago ex-Muslim activist Ali Rizvi wrote on Facebook, “Identity politics infects both sides. Nationalism, ‘Judeo-Christian’ values, white identitarianism, birtherism, the idea that kneeling during the anthem is treason—I’m coming to think that this identity politics of the right might just be a little bit more toxic than, say, wanting to see blacks or women better represented than they’ve been historically.”

I responded that while I’m against nationalism, supremacy, and separatism in all forms, a lot of people I’ve met online think asking them to refer to me by the singular they pronoun is somehow a violation of free speech. All of a sudden a random person began leaving a long string of comments explaining how I need to go to the Middle East because they would throw me off a building if I dared to politely ask them to use my pronouns, and that we need to “spread Western values across the globe.” After asking him repeatedly what he was trying to get at, he finally said, “The very concepts of nationalism and supremacy created this reality for you [freedom],” and I realized he was just using “Western values” as coded language for white supremacy.

Even before the rise of the alt-right and Classical Liberal Dudebros, I never understood why many liberals describe human rights and civil liberties as “Western values.” Human rights transcend national barriers. Or at least they should.

The term “Western values” often comes up when discussing life under Islamic theocracy. For example, as ex-Muslim Ayaan Hirsi Ali said in a 2016 speech, “It is striking how many American university professors and students reject any analysis of a real conflict between enlightened Western values and unreformed Sharia, even as Western civilization is mocked and its many contributions to human freedom and gender equality cynically dismissed.”

I’m not suggesting that Hirsi Ali is a white supremacist (she’s not even white), or denying that a lot of American feminists turn a blind eye to the subjugation of women under Sharia law. I just don’t think the fight for civil liberties under the threat of radical Islamism is specifically a West vs. East problem; it’s part of the universal fight for natural-born human rights against tyranny.

Of course I understand why this struggle between liberty and tyranny is often framed as West vs. East. All the great Enlightenment thinkers—John Locke, Jean-Jacques Rousseau, Adam Smith, etc.—came from Europe, and Islam came from the Middle East. However, so did Christianity and no one frames the fight against right-winged Christian theocracy in the United States as a West vs. East struggle. Also, Nazism and Stalinism are both European, and while some debate whether or not Nazism is worse than Islam (I’ll let the Secular Jihadists podcast debate that one), there’s no denying the reality of living under Hitler and Stalin’s respective tyrannical regimes.

What we’re seeing now with the Iranian protests is not a fight to bring “Western values” to the Middle East, but another example of people proclaiming their natural-born human rights in the face of brutal authoritarianism. Despite the arguments that the entire Left is pro-Islamism, this anarcho-socialist Leftist stands in solidarity with Iran and any other country where justice is denied.